Every year after the release of FIFA, one of the main attributes that players are in search of is pace. There are the obvious players who possess an obscene amount of speed in attacking positions and out wide but what may not be as obvious is the players in other positions that also have a bit of speed about them. In an effort to open your eyes to these other players, here is a one-to-eleven of FIFA20s fastest players. 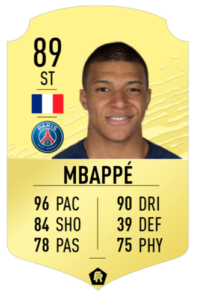 In attack, our two wingers are Kylian Mbappe and Adama Traore. French wonder kid, Mbappe who plays for Paris Saint Germain is well known for his pace and EA has not held back in making him the second-fastest winger in the game with his acceleration and sprint speed both being rated 96. Former Barcelona winger Traore, who currently plays for Wolves is clearly highly rated by EA in terms of speed as he is the fastest winger in the game just beating Mbappe to the crown. HIs acceleration is at 97 at sprint speed at 96.

Leading the line in our fastest XI is Arsenal and Gabon striker, Pierre-Emerick Aubameyang who is known to be rapid and clinical in front of goal. With his acceleration at 93 and sprint speed at 95, he would be devastating getting in behind the opposition backline and latching on to through balls.

Our three midfielders are Mike Konnecke, Koji Miyoshi and Shim Dong Woon. Konnecke, the oldest of the three at 30, plays for FSV Wickau in the German third division. However his age does not mean he is far behind his midfield partners for pace, he comes in with 90 acceleration and 90 sprint speed. 22-year-old Miyoshi who plays for Royal Antwerp FC (on loan from Kawasaki F), is the quickest of the midfielders with a very impressive rating of 94 acceleration and 91 sprint speed. The last of the midfielders, Shim Dong Woon, plays for South Korean side, Pohang Steelers boasts impressive pace ratings with his acceleration and sprint speed both at 91. Both Miyoshi and Dong Woon have impressive work rates, high attacking at medium defensive combined with their pace means that they will have no problem getting up and down the pitch. Konnecke’s work rate is not bad either with medium attacking and defensive so he would also be effective getting up and down the pitch. 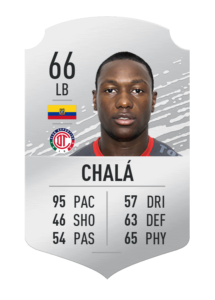 At right-back is Luis Advincula. The Peruvian currently plays for Rayo Vallecano and his pace is frightening. Acceleration and sprint speed are both rated at 94. These stats would be very beneficial for players in both attack and defense. His pace would be devastating on the wing on the offense and would also be vital in matching his opposing winger or stopping a counter-attack.

Our two center-backs are relatively unknown, on the right we have Hayden White of Mansfield Town and on the left, Gwon Wan Gyu of Sanju Sangmu (on loan from Pohang Steelers). 62 rated White’s acceleration is 91 and his sprint speed is at 92. His partner at the back, Wan Gyu, is just as quick in the acceleration department at 91 but lags behind with sprint speed at 80.

Anibal Chala takes the left-back spot. The Ecuadorian who plays for Toluca is almost as quick as our other full-back with his acceleration at 93. However, he outdoes Advincula in sprint speed with an astonishing 96. He would certainly be dangerous on the overlap. 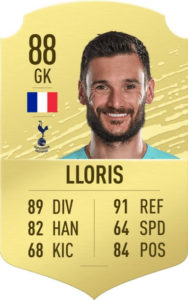 In goal, we have a draw between Hugo Lloris of Tottenham and Robin Zentner of FSV Mainz. Both of these keepers boast a rating of 65 for both acceleration and sprint speed. This is an impressive feat for a ‘keeper and it could be beneficial in the game with them both getting out quickly off their lines to make clearances or interceptions.

Gaming
2 weeks ago
By Balls Team
The Ireland Squad From FIFA 2005 Was A True Thing Of Beauty
Gaming
5 months ago
By Mark Farrelly
There Are Massive Deals On FIFA 20 And Red Dead Redemption 2 For The PS4 Right Now
Gaming
5 months ago
By Sean Meehan
Nicky Byrne And A Host Of Celebrities To Take Part In eSoccer Aid On Fifa 20
Popular on Balls
Football
19 hours ago
By Gary Connaughton
Watch: Celtic Fans Gather Outside Parkhead To Demand Lennon Sacking
1