Another week of FIFA down, another Team of the Week in the books. Unlike last week, there are no Irish players in the 23-man squad, despite Aaron Connolly's best efforts against Spurs on Saturday.

That being said, the highlight of TOTW 4 is undoubtedly Paulo Dybala. The Juventus star went into the international break on a high, opening the scoring in the Old Lady's 2-1 win away to Inter Milan.

Elsewhere in a star-studded TOTW, Nelson Semedo gets a change of position as the Barcelona full-back was rewarded for an assured performance whilst playing in an unnatural left-back position. Also in the squad, Alejandro Gomez of Atalanta, one of the most underrated players in the past number of iterations of FIFA, receives a boost following a man-of-the-match performance against Lecce. In the Premier League, Adama Traore rightfully finds himself in the TOTW after an exceptional performance against Manchester City, scoring twice in Wolves' surprise victory at the Etihad. 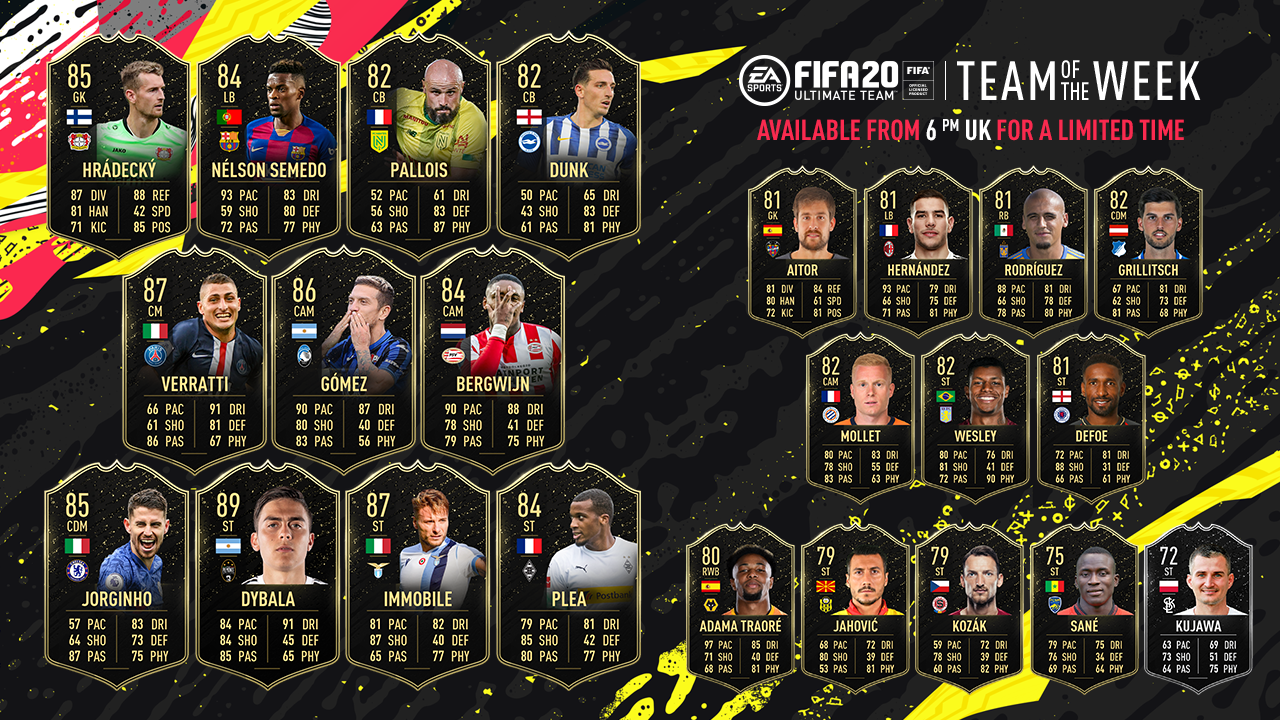 TOTW 4 will be available in packs from October 9 at 6pm GMT until 6pm GMT on October 16.