FIFA 21 Has Added Some Game Changing Features To Career Mode

While there have been numerous additions to FIFA titles in recent years, many fans of the franchise have been calling out for improvements to 'career mode'.

They have arrived this year.

Career mode has undergone some major changes in FIFA 21, ones that will make for a much more immersive experience.

Here's the biggest changes, as well as an explanation for what each of them will mean for you in this year's game.

This is probably be the biggest change to this year's title. Previously, if you weren't in the mood to play a certain game in career mode, you had to decide between soldiering through it or simming the game.

Simming also led to its own issues, with shock results and player injuries a common occurrence. Now, you can have the best of both worlds. 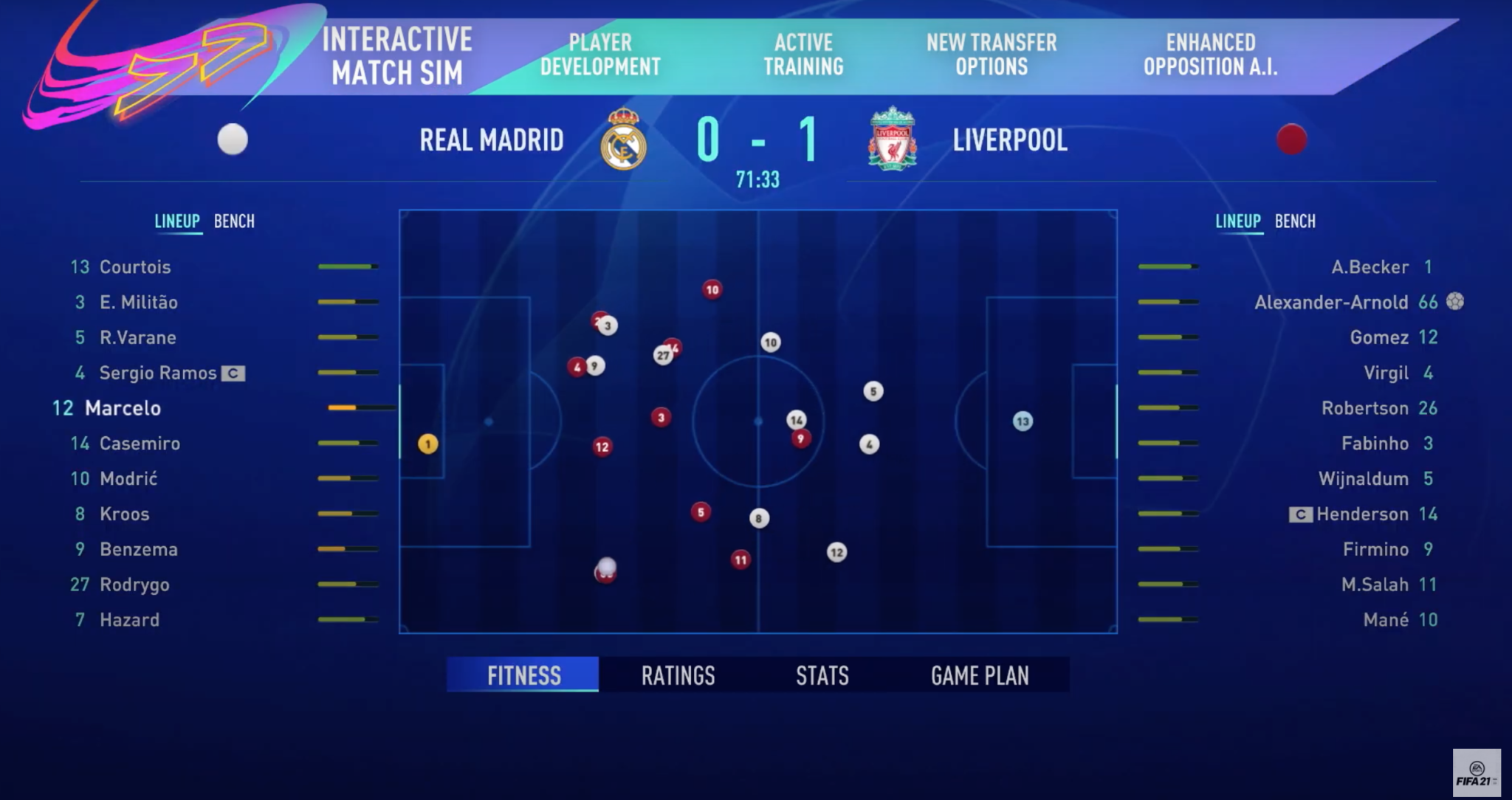 Interactive match sim allows you to follow the action on the pitch during a match, giving the option to jump in and take control of your team at any time.

You can then jump back out, meaning you have the option to play only the biggest and most important moments in each contest.

FIFA 21 also allows you to have a bigger impact on the development of players in your squad. A new feature is to tailor training routines for individual players so that they become more suited to certain roles in the team.

This essentially allows you to convert players into naturals in various positions. 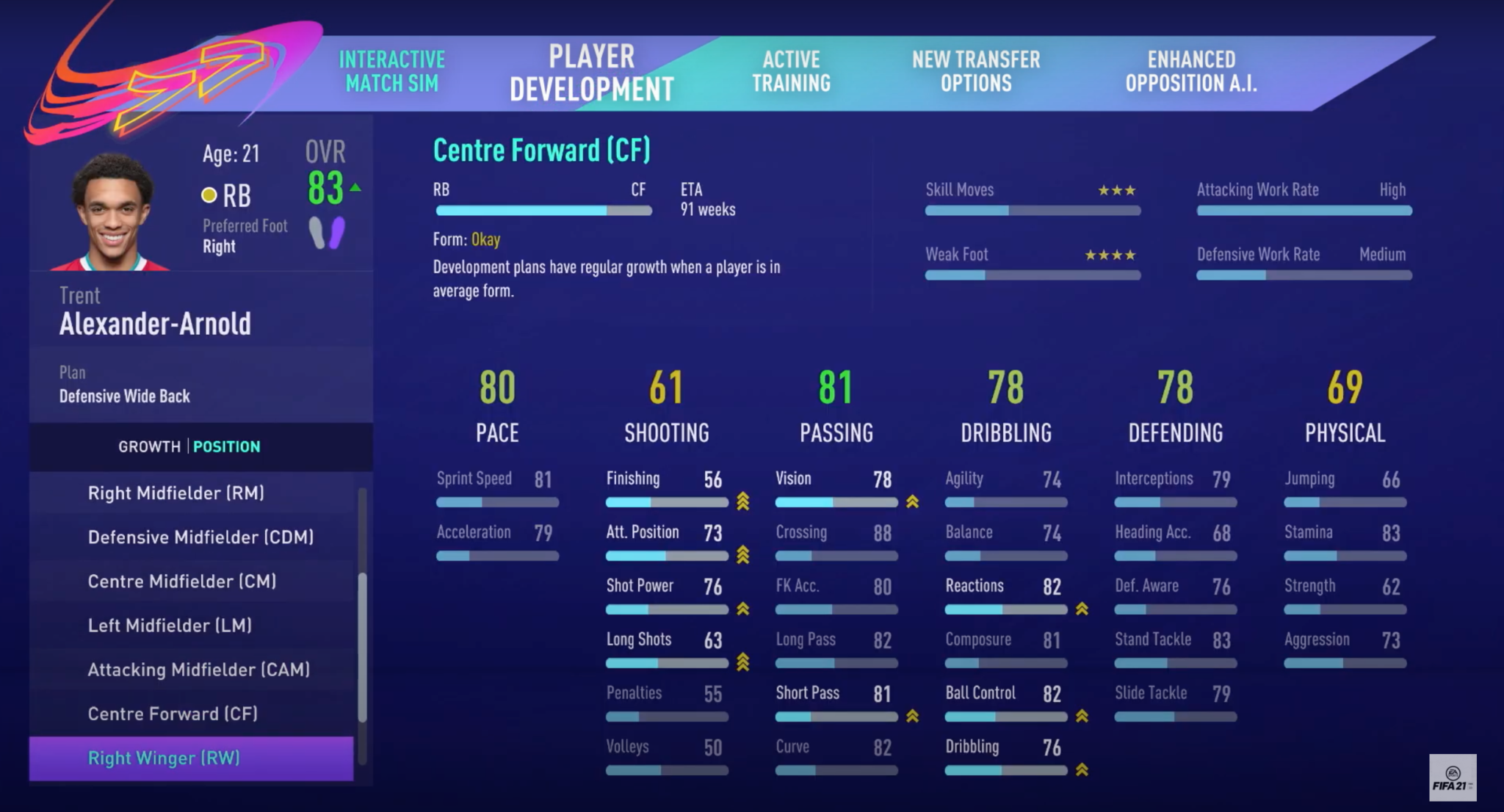 This is especially beneficial if you have a player in your squad that you feel could add something to the team in a different role.

You can now also take greater control of the squad's training as a whole, deciding when and what type of sessions will be held.

This also feeds into the new 'match sharpness' rating, with players who boast a higher rating more likely to perform to their best on matchday. 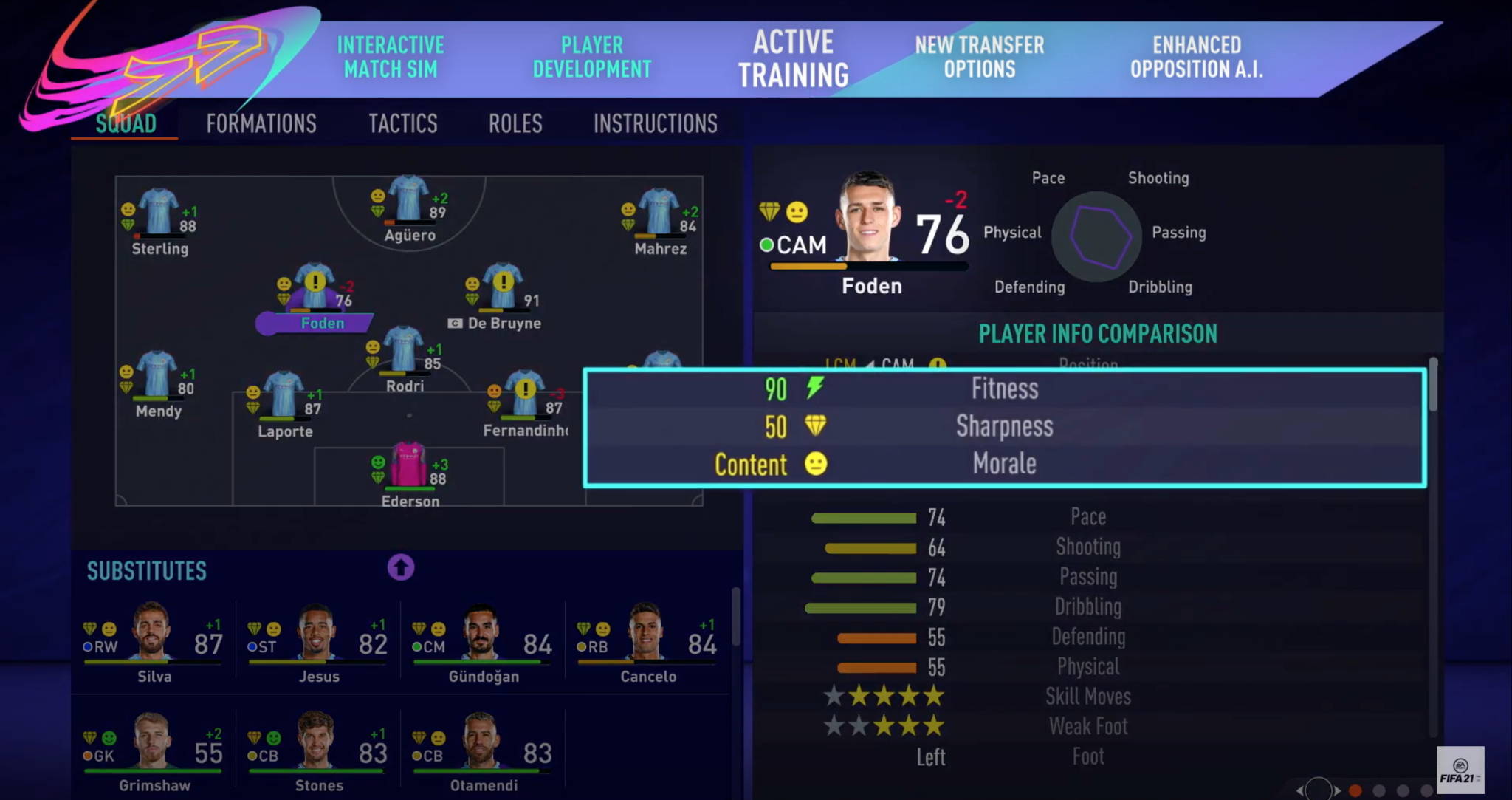 The main addition to the transfer market in FIFA 21 is the ability to negotiate 'loan to buy' deals for players. 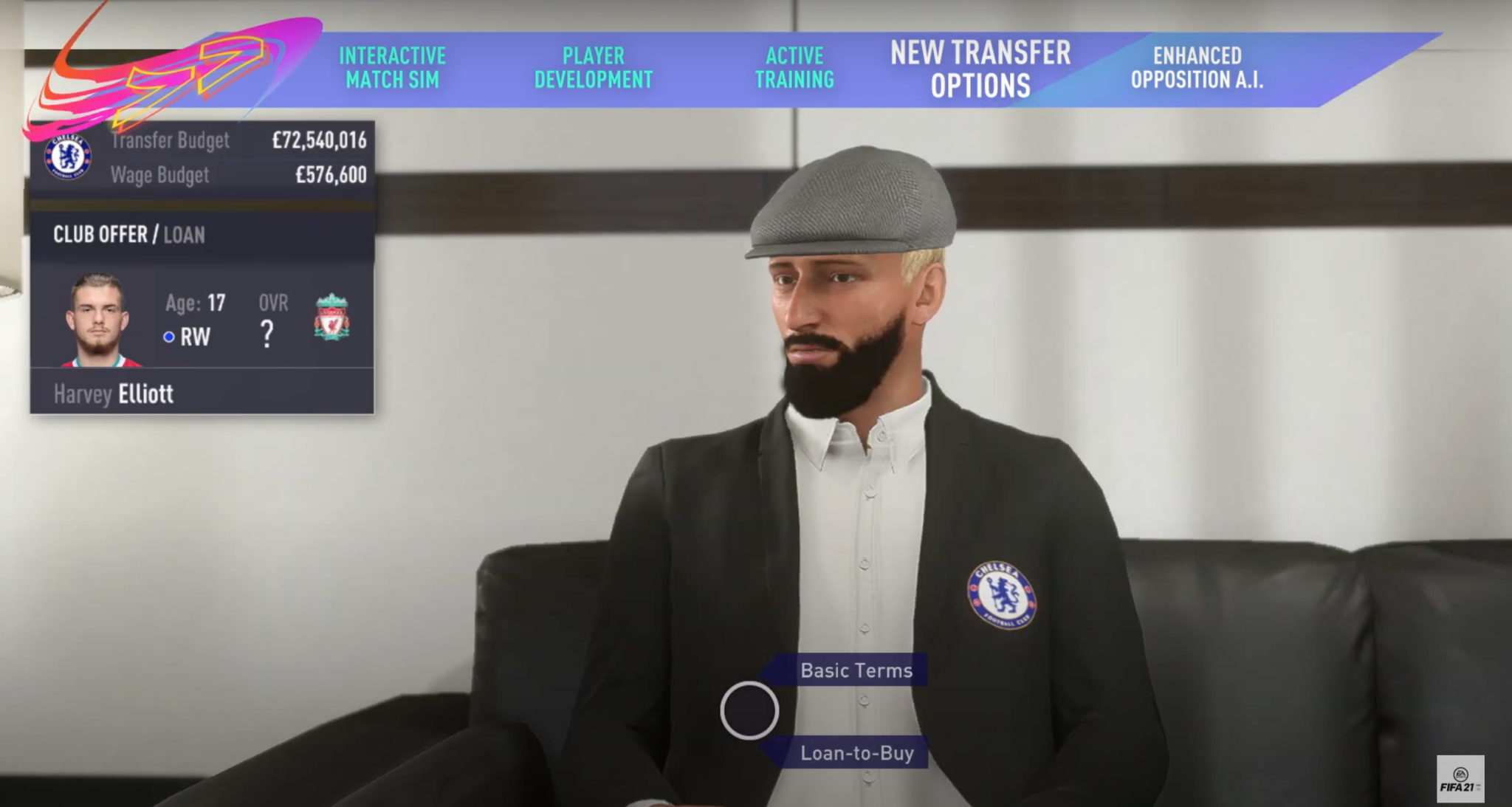 A major plus with this is that you can now add players on loan without taking a chunk of your transfer budget, before making the deal permanent once you are given a higher budget next season.

Finally, enhanced opposition A.I. ensures that teams you face in career mode will present a much tougher challenge in FIFA 21.

The opposition will be better able to react to incidents in the game, behaving more like you would expect a real life team to.

This includes a better understanding of pressing, interceptions, and breaking down your attack with various dribbling and passing moves.

You can watch the trailer for the FIFA 21 career mode below.

Gaming
1 day ago
By Gary Connaughton
Five Irishmen Feature In The Top 1,000 Players On FIFA 21
2