Fifa 22 Career Mode: Who Should I Start A Career With?

With the release of Fifa 22 less than a month away it's time to get excited and plan out how you'll start the game. What position will I make my pro in pro clubs? What squad should I build in FUT?  And lastly, the topic of this article: what club should I start a career mode with? Career mode along with the other modes has been revamped and changed, so it should be refreshing for all the career mode lovers. So let's have a look at what teams could be the best teams to start a manager career with.

One of the better teams on this list, Nice have had a revolution over the summer. With wealthy owners worth $16.5 billion Nice have recruited Christoph Galtier, the manager who won the league with Lille last season along with a whole squad of players. But more importantly for career modes players, they have signed a lot of young, talented players. La Masia talent Jean-Clair Tobido has joined along with Dutch wingers Calvin Stengs and Justin Kluivert, son of Patrick. Irish winger Deji Sotana is also on their books, could he bring you to glory? With owners wealthier than PSG's Qatar Sports Investments, could Nice become a new power of European football. Maybe with you at the helm they can.

🦅 Like father, like son? 🦅@ogcnice_eng winger Justin Kluivert's strong start to the season sees him follow in the footsteps of his famous father, @PatrickKluivert -- find out more with @LaurensJulien ⬇️⬇️ pic.twitter.com/eHfU130MgM

The Floating City have a club in Serie A for the first time since 2002 after Venezia won the Serie B play-offs last season. It caps off a rapid rise for the Venetians, who have gone from Serie D to Serie A in 5 years. With American owners backing the club and having ambitions of reaching champions league football Venezia have invested wisely in youth. Chelsea loanee Ethan Ampadu has been joined by US internationals Gianluca Busio, Tanner Tessmann and Icelandic forward Arnor Sigurdsson. They also have some of the nicest kits in Europe right now, which is always a bonus. Could you help Venezia compete with the likes of Inter and Juve?

Back in the big leagues and kicking off a new partnership, Kappa and @VeneziaFC_EN launch the club’s new bespoke home shirt for the 21/22 season: https://t.co/17elNfhovL pic.twitter.com/QjZb6HNPVJ

Caldara: “I chose to come to Venice to get back on my game and prove my worth to everyone.”#ArancioNeroVerde 🟠⚫️🟢 pic.twitter.com/bMJ4Nn8mpu

Last year Palace had one of the oldest squads in the Premier League and it looked like it would be a rough rebuild for whoever took over from Roy Hodgson. Now Patrick Vieira has built a youthful squad full of talented players who are ready to be tested at the highest level. Wilfried Zaha and Eberechi Eze finally have some support in the form of Odsonne Edouard up front, Michael Olise on the wing, Conor Gallagher in midfield and the centre back partnership of Joachim Andersen and Marc Guehi. Could you get Selhurst Park bouncing as your side tries to become London's best club.

The rebuild of all rebuilds. Schalke have been in turmoil the last few years, going down a slippery slope down the Bundesliga. This all culminated with their embarrassing relegation last season, finishing dead last with just 16 points. Schalke have a reputation as one of the best academies in Europe, producing the likes of Manuel Neuer, Leroy Sane and Mesut Ozil over the years. Unfortunately, exciting youngsters like Weston McKennie, Ozan Kabak and Amine Harit have all left the club. So it could be your job to rebuild the squad and flood it with talents from your youth squad. Schalke were Champions League semi-finalists in 2011 and are now playing in the second division of German football. Can you bring them back to those heights?

Schalke 04 got relegated to Bundesliga 2 and 31(!) players left the club over the past few months, including Harit, Kabak (both loaned out) and Hoppe ❌

The party island's back baby. Mallorca were promoted to La Liga again after finishing second in the Segunda division last season. Its time to get Mallorca back up there with the Spanish elites. They too have also signed a plethora of young talent like Kang-in Lee, Takefuso Kubo and Matthew Hoppe. For Fifa 22 career mode, they wouldn't have too much money to sign players but using the free agent market could really help you. Their stadium is also in the game so expect to get the full experience as you bring Mallorca to the top.

See Also: These FIFA 22 Free Agents Could Be Bargains In Career Mode 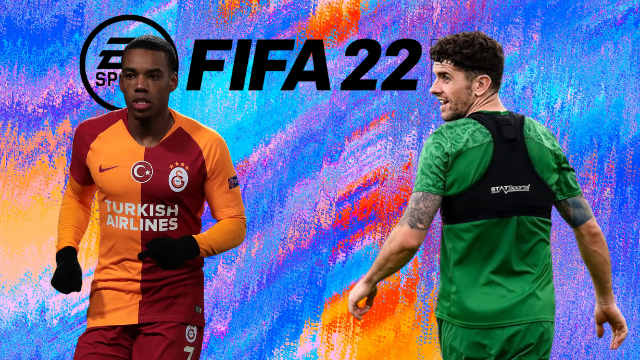