It's not even a few months after FIFA 22's release and we're already looking ahead to FIFA 23.

But it's a few leaks that have us excited about the next installment of the franchise, including the return of World Cup mode.

The last time the World Cup was a playable concept on the game was back in FIFA 18 when it was added as a DLC.

You could play as all 32 teams in the competition and use all 12 stadiums, with many going back to play the popular game mode years after.

FIFA 23's World Cup mode isn't all that there is to be excited. about We could see the game playable between platforms, women's teams, and more.

FIFA 23 will allow cross-system competition for the first time—players from Xbox, PC and PlayStation systems can face each other, per @_Tom_Henderson_

It will also feature both the men’s and women’s World Cups 🎮 @BRGaming pic.twitter.com/Sx04p9Zl0e

A welcomed addition to the next FIFA reportedly will allow players to play each other on PC, PlayStation, and Xbox. It's a frustrating stumbling block for many.

If you have a friend on Xbox and you have a PlayStation, you couldn't play against them or with them unless they were on the same console.

Another report suggests that FIFA 23 could be the last time we see the iconic FIFA brand, with the following titles set to be renamed.

According to Xfire, FIFA creator Electronic Games has recently trademarked 'EASports FC' which could be the name going forward.

The introduction of 'Hypermotion Technology' brought an added sense of realism to FIFA 22 but that could be expanded upon for the next game.

Xfire says FIFA 23 will be unprecedented when it comes to mimicking real-life movements:

There have been improvements to its new Hypermotion Technology too, which was first introduced in FIFA 22. The technology has been enhanced tenfold, and now allows the development team to capture animations from real footballers in real matches using stadium cameras, eliminating the need for Xsens suits.

This change has resulted in the team being able to capture over 100 times more data in a single league season than they have ever captured in the franchise's entire 29-year history, it was claimed during a recent staff meeting.

The upcoming World Cup mode will also feature the Women's World Cup, which is set to be held in Australia and New Zealand in 2023.

There have been reports that FIFA 23 could also include women's club teams for the first time, so we could play as some Republic of Ireland stars.

Finally, another issue is whether Russia should be in the next installment but EA has declined to comment on the matter so far. 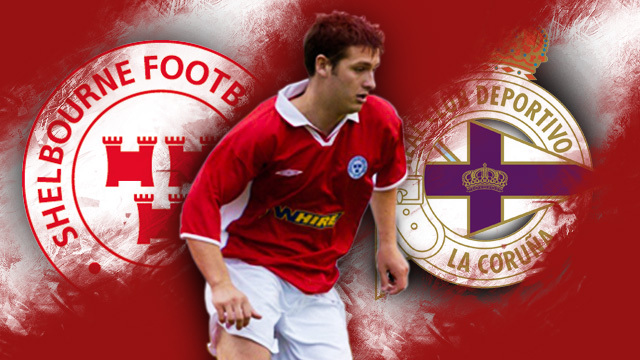 Gaming
1 week ago
By Luke Delaney
EA Sports Split With FIFA And Confirm Name Of New Football Video Game
Football
3 months ago
By Balls Team
14 Reasons Why FIFA 98: Road To The World Cup Was The Best Game Ever
Gaming
4 months ago
By Balls Team
8 Reasons Why 'This Is Football' Was The Unsung Hero Of Football Games
Popular on Balls
Golf
1 day ago
By Gary Connaughton
Padraig Harrington Glad He Didn't Have To 'Make A Decision' On Saudi Golf League
Motorsport
1 day ago
By Gary Connaughton
Carlos Sainz Worried About How 2022 F1 Cars Will Affect Health Of Drivers
46