FIFA's End Of Year Stats Are Heavily Skewed Towards PSG

Sports Business editor for The Athletic, Bill Shea, has got his hands on an interesting set of statistics about our FIFA playing habits.

EA Sports have released their 'year-end' stats and we've been given a snippet of some of the standout figures from the game in 2021.

To start with, 9.7 billion matches were played throughout 2021. That's incredible to think. There's not even a population of 9.7 billion on the planet.

If every person that exists participated in a match in FIFA against the computer, for example, 1.8 billion would have to play another game after that.

Who was the player that netted the most? Kylian Mbappé scored the most goals. He's long been known as a bit of a cheat code in FIFA Ultimate Team in particular.

The stats are skewed heavily towards the French giants as Paris Saint-Germain were the most popular team used by players over the year.

So when playing the likes of FUT or friendlies, whether it be offline or online, people opted to go with Mbappé, Neymar and Messi. Not exactly a shock.

These Cards are insane 🤯 pic.twitter.com/FjyGn9AYzn

The most popular match-up was PSG vs Liverpool in 2021. Again, not surprising as this was the default game opener in FIFA 21.

Paris Saint-Germain have been heavily associated with the last few FIFA's given Kylian Mbappé's cover status, but FIFA 22 took things a step further.

The opening cutscene is set in a Paris backdrop as your custom player stumbles upon the likes of David Beckham and Thierry Henry on the way to Parc des Princes.

It has created a bit of a monopoly on FIFA over other teams. The general gravitation towards PSG by most players is growing tiresome especially on online game modes.

However, the PSG marketing team have made a smart move. Being at the forefront of the top sporting video game is one way to resonate with a younger audience. 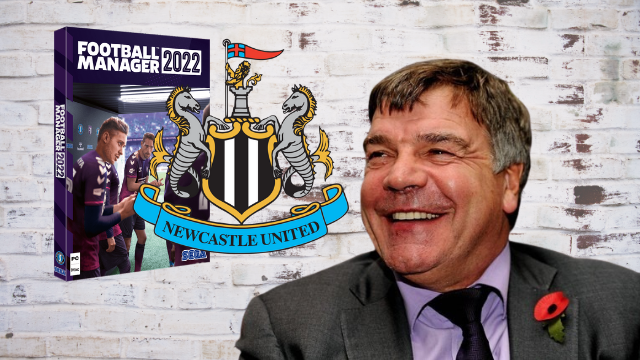 Gaming
7 months ago
By Jonathan Byrne
The Congolese Bundesliga Winger Who's Grown A Cult Following On FIFA
Gaming
8 months ago
By Sean Meehan
This Could Be The Best Squad Building Challenge In FIFA 21
Premier League
8 months ago
By Sean Meehan
We Took To FIFA 21 To See If Man City Can Win The League This Weekend
Popular on Balls
Rugby
1 day ago
By Colman Stanley
Bundee Aki Apologises For Confronting Ref After Connacht Concede Late Try
Football
1 day ago
By Gary Connaughton
Report: Newcastle United Lining Up Move For Euro 2020 Star
Snooker
9 hours ago
By Gary Connaughton
Ronnie O'Sullivan Couldn't Get Over Stunning Mark Williams Escape Shot
Rugby
2 days ago
By Jonathan Browne
Who Is Karl Martin? Meet The Young Drogheda Man Making His Debut Against Leinster