A new chapter of the Football Manager series is not too far away, with work well underway to introduce women's football to one of the most iconic sports games of the past 30 years.

Sports Interactive and SEGA, the studios who develop the game, have today announced the news that their developers are working hard to integrate women's football into the game in the coming years. The official press release said:

The result of this landmark work will not be a standalone women’s football management simulation. Instead, women’s football will be fully incorporated into FM’s living, breathing world, with managers able to take control of either men’s or women’s clubs and move between them seamlessly.

The studio has not set a definitive date for when the project will be completed; but the intention is to incorporate the women’s game as soon as realistically possible. Sports Interactive’s development team is committed to ensuring that women’s football is represented as authentically as possible and with the level of realism and attention to detail that the series is renowned for and will not announce a launch date until these standards have been met.

Miles Jacobson has been heavily involved in the production of Football Manager for decades now, and has been involved as manager of Sports Interactive since 1999.

Speaking to Balls this week, he explained how the studio came to the decision to add the women's game to Football Manager after so many years.

We’ve been talking about it for a long time now, over five years. We’ve been running what businesses call “cost benefit analysis”. It certainly failed the financial side of that and the reality is that it still does fail the financial side of that. But there was also a reality that hit that unless people like us actually turn around and go “we don’t care, we’re doing it anyway”, it will always fail.

Whereas by us turning around and doing this, that will hopefully help break through that glass ceiling. You know, we genuinely apologise to everyone for the fact that we haven’t done this before, but now we are

It's an impressively honest stance from Jacobson, and it reflects the changing attitudes towards women's football, and sport in general. 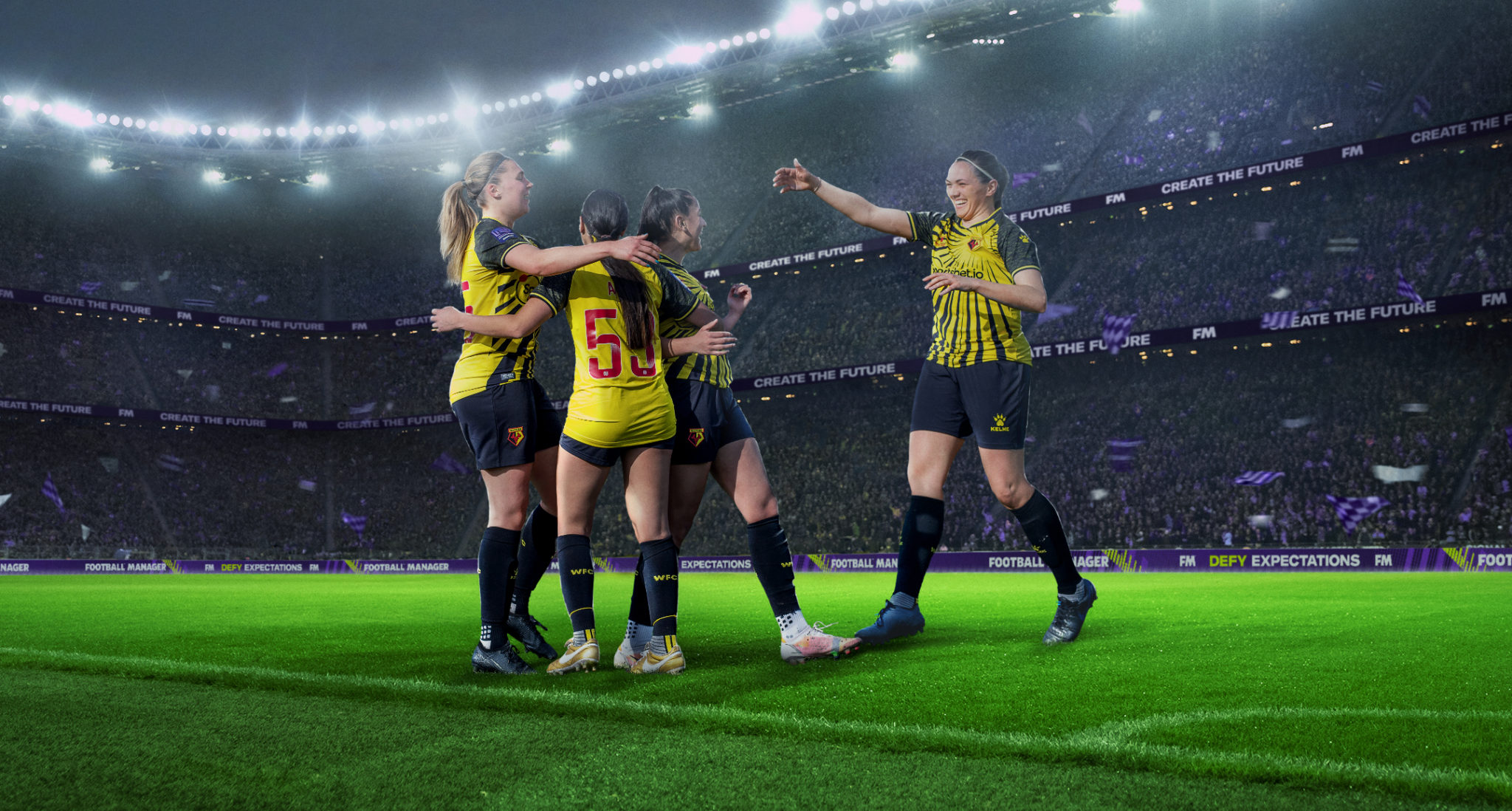 One of the key recruits to the project has been Tina Keech, who has led Sports Interactive's research project into the women's game for the past few months.

Keech, who has worked in football in numerous avenues before, lamented the lack of data available to them, and said that one of the key aims at FM is to change that scenario.

The data out there is not good enough. If it is out there, it’s not accurate, and so by announcing it, hopefully it’s gonna get people in the women’s football community going, “right, I want to help, let me help you, I’ve got this, I’ve got that.”

Getting the bigger corporations involved to keep better stats, keep better data. I think it will get better but trying to find accurate data has been a complete pain, which I’m a bit disappointed about, really.

It will get better! We will be driving it to make it better, Miles has spoken about smashing through this glass ceiling - we are going to be a part of that, so come and join the party of smashing that up.

It's clear that Miles and Tina are not content to merely introduce the women's game to Football Manager, but that they want to do it justice and start a revolution in how the women's game is seen - not just in the gaming sphere, but from the POV of statistics as well.

Jacobson has overseen over two decades of immense success for Football Manager, but this feels like a major step for the game. The women's football mode will be integrated into the standard game, rather than being released as a standalone, and Jacobson says that that is an intentional choice to give the two codes their deserved equal standing. 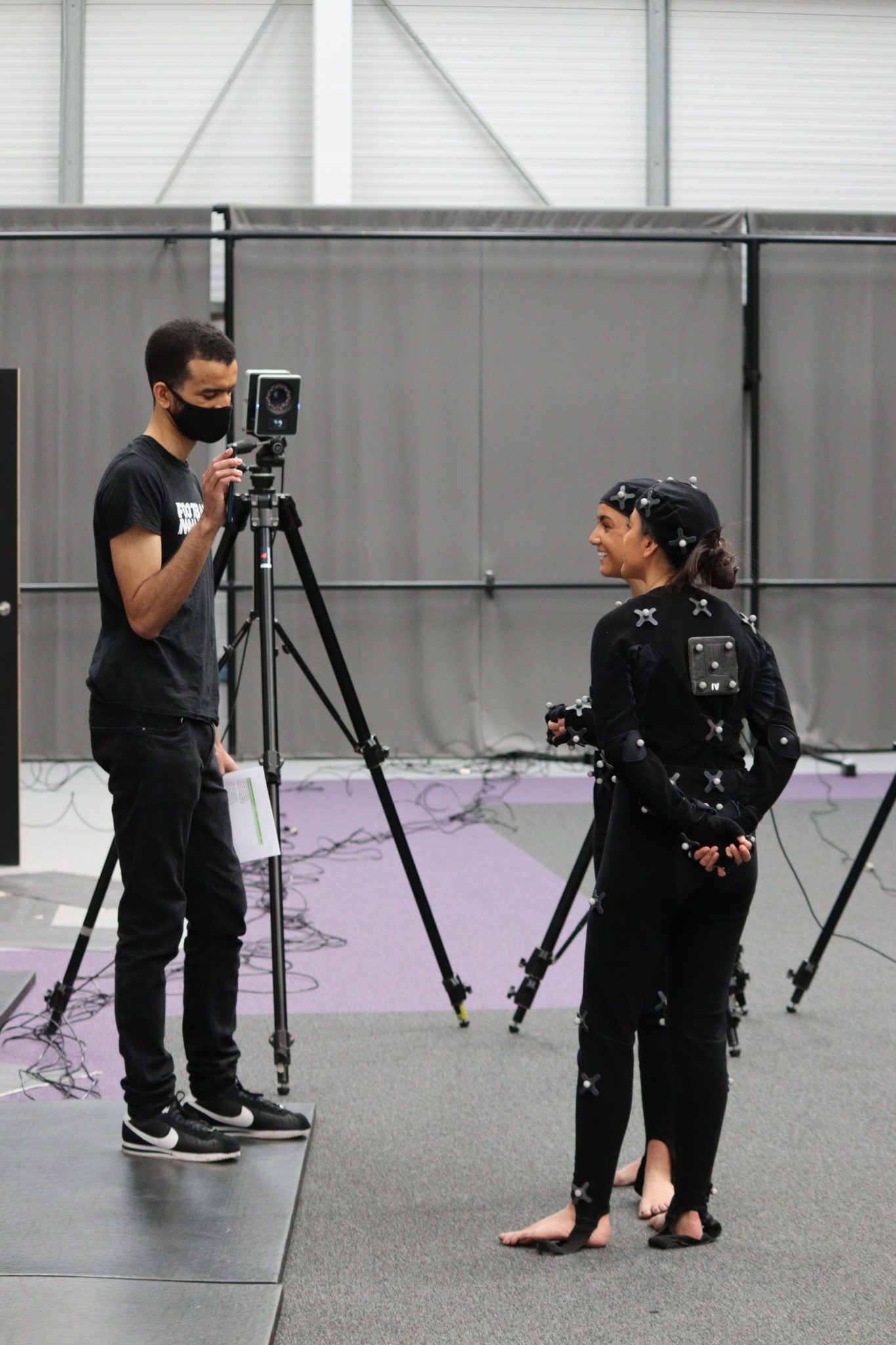 The development of the women's game mode is an idea that, according to Miles, is over five years in the making - and there's still a long way to go.

The recent arrival of Tina Keech has accelerated the process, and Jacobson says that this announcement is intended to further accelerate proceedings.

The art team have already done a bunch of work. With the announcement out today, we’ll be finding a goalkeeper to do some motion capture in the near future. There’s lots of work been going on in the background and lots of design work as well.

But now we can really get moving forward on it - which, again, is the reason we’re talking about it now when we never talk about things this upfront.

Part of the reason for us announcing this - because we never announce things that we’re working on in the future! SEGA find out about new features in the game the day before the press and the consumers find out about it, we’re really secretive.

So, we’re breaking the habit of a lifetime here, because we want other people to come on the journey as well. We want the other games companies out there to think, “oh, well if they’re doing it, we’re going to be doing it as well.”

Motion capture has begun for the women's game mode, and detailed research into how things like the menstrual cycle, pregnancy, and different body types affect gameplay has been ongoing for years. Jacobson says he has learned more about the menstrual cycle in the past two years than he would if he had done a biology course.

Keech sums up the aim behind this whole project perfectly. Above all else, this move signifies a commitment - from Football Manager at least - to put the women's game on the equal standing with the men's game it deserves.

Keech says that she wants the changing attitudes in the gaming and broadcasting industries towards women's football will see the next generation of schoolgirls looking up to female footballers rather than male footballers.

I have two young children now who I hope are going to grow up and see more of it. That’s really all I want for a game where, you know, I wish I was younger and playing football now, because there are so many more opportunities.

It’s so exciting. I just want to be part of the movement of developing women’s football, getting it out there, making it more popular, and like Miles said, making household names.

Fara Williams, for example, I love her - I remember when I was playing, I used to hear about her. Seeing her in England teams...people should know about her, she’s incredible, she was an incredible footballer.

That’s my whole aim in life and passion - it’s women football, and the future generation looking up and saying, “I wanna be like Fara Williams! I wanna be like Fran Kirby!” I was playing football and my idols were David Ginola, Ledley King, Ryan Giggs.

Jacobson echoes Keech's stance, and he firmly states that, by adding the women's game to Football Manager on an equal footing, that "household names" will be made out of up-and-coming stars, in the same way that the game did for the likes of Freddy Adu in the past.

One of my favourite footballers in the world is Fran Kirby, right. She’s a magician on the ball. There was a game last season, it was a cup final, where Chelsea won 6-0. She got four assists, scored two of the goals, and went off after 60 minutes. Just such a joy to watch.

She is quite well known, but there are lots of other people out there who are fantastic footballers, who just aren’t known by anyone. And, if we can make some of those people household names, that would be a real heartwarming moment for me. Because they deserve it.

One can only hope that more major studios will follow the lead of Sports Interactive. Previous attempts to incorporate the women's game have come and gone, but the times are changing, and hopefully representation of women's football will only get better.

And, if the new game mode is anywhere near as fun as Football Manager has consistently been for years now, they're on to a winner already. 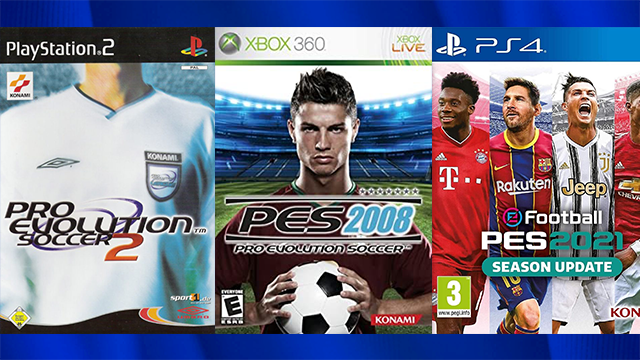