Great News For FIFA 17 Players As FUTmas Is Back For Christmas!

Ultimate Team is one of the most popular game modes ever in the realm of online gaming, and there is no doubt that EA SPORTS have stepped up their game big time in delivering new features and items for those who play FUT this year

Squad Building Challenges are immensely popular, and the new kits that have been released every few weeks are a seriously welcome addition as well.

EA SPORTS have released information regarding this year's FUTmas season, and thankfully we can all look forward to some free stuff over the festive period.

Also new in Squad Building Challenges is the return of Mystery Packs! From Dec 25th to 27th, the Mystery Packs will be available as an SBC reward.

Bring your best squad in FUT Champions during FUTmas! From Dec 16th to Dec 28th there are no squad requirements for Daily Tournaments and Weekend League qualifiers.

Lastly, don’t forget to log in to the Web and Companion Apps every day during FUTmas to claim your daily rewards!

Free stuff for logging into the web/mobile app, and different SBCs every day. It seems as though the player you'll get for completing the SBC will wear the number corresponding to the day, so the 17th could feature someone like Kevin De Bruyne, or Christian Benteke, then the 18th could be Jermaine Defoe, and so on and so forth.

And to top it all off, there's even a Christmas kit that you'll get for completing one of the challenges. 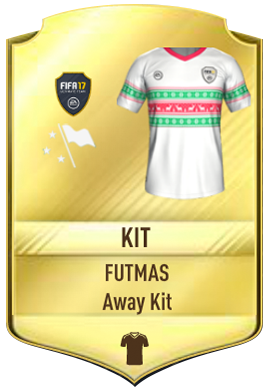 The following video has more details, including the shorts and socks for the above kit which look absolutely ridiculous in the best possible way.

We'll be taking part in the FUTmas festivities so keep your eyes peeled for some Facebook Live FIFA action over on the Balls.ie page.

Gaming
4 days ago
By Jonathon Lynam
Some Big Changes Are Coming To 'Call Of Duty: Warzone' Tomorrow
Gaming
2 weeks ago
By Jonathon Lynam
Watch: First Look At Halo Infinite Gameplay
Gaming
2 weeks ago
By Mark Farrelly
The World's Maddest Football Video Game Will Soon Be Free To Play
Popular on Balls
GAA
22 hours ago
By PJ Browne
Dublin's 2011 Class: What Happened To The Non All-Ireland Winners
26