The Hateful 8 - The Most Frustrating Opposition Players In FIFA 17

Whether it's Ultimate Team, where you're stomach can turn at the pre-match screen where you see who your opponent is using, or simply playing against a friend offline, where you know that he's picking a team just to use one player.. There's no doubting that some players are just too much to handle.

It's grand when you're talking about Cristiano Ronaldo, or an Eden Hazard, but there are also a number of ridiculously overpowered players, most commonly found in the Premier League, who just should not be as effective as they are.

And as a result you'll face them over and over again. Every Premier League team you face has the Smalling and Bailly axis of terror, and usually with Butland to back them up, and then on comes bloody Ahmed Musa from the bench...

These are the most hated opposition players in FIFA 17. These are... The Hateful 8. 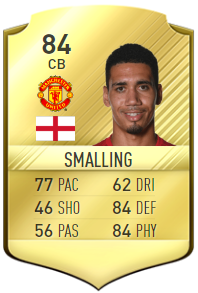 Despite a rough start to life under Mourinho, Chris Smalling has made his way back into the Man Utd team and is looking to recapture some of his form from last season. The England international was good last season, but not quite as good as his on-pitch ability in FIFA 17 would have you believe.

On the game this year Smalling must be the most used central defender as he is lightning quick, loses nothing in the air, and on the rare occasion that you get past him he just mauls you out of the way like Andre The Giant.

He's a freak, and you'll see him in FUT Champions every single weekend. The numbers on that card above are bullshit, he's 90+ in everything. 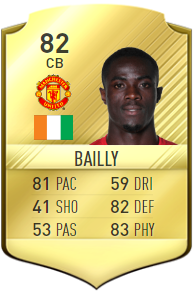 While he's not quite as super-human as his teammate Smalling, he is another complete beast and his hyperlink to the Englishman in Ultimate Team means that when you see one, you'll see the other too.

He's been great for United in real life, but on the game he forms an impenetrable fortress with Smalling that results in smashed controllers and discs being flung out the window. 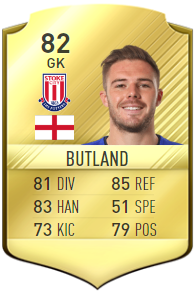 Jack Butland enjoyed a breakout season for Stoke last year and deservedly got a big ratings boost for FIFA 17, but making him the best goalkeeper in the game is a tad much.

Because that's what he is. Butland can do everything Neuer can do, despite being 82 overall and costing around 2000 coins in Ultimate Team. Another one that you are likely to see in every match you play online, the saves he pulls off, particularly in 1v1 scenarios will have you pulling your hair out. 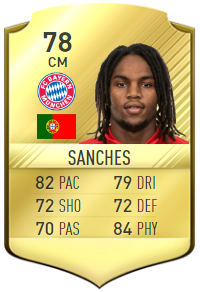 Don't let the overall rating fool you... Sanches is a wrecking ball.

Capable of playing any pass and popping up with a goal, he's useful on the ball but it is without it that he truly shines. He eats midfielders, any midfielder, for breakfast and gets his big arse in the way of absolutely everything.

The Alaba-Boateng-Sanches triangle basically shuts off an entire side of the pitch. The only way to combat the Portuguese is to make sure you've got him in your team too. 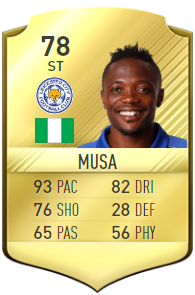 The latest in a long-running list of strikers who should be nowhere as good on FIFA as they are, Musa's stats don't look intimidating at all aside from his 93 pace, but he's an absolute freak.

Finishing like Henry in his prime, and defensive pressing like an angry Luis Suarez, if Musa comes off the bench to play against tired defenders then you may as well quit as he's just too much to deal with. 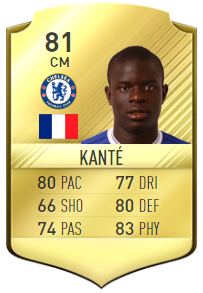 The most realistic member on this list, Kante plays rather close to how he does in real life in terms of shutting people down...

But it's bloody annoying how regularly he pops up with goals, most of which are struck first-time on his weak foot. FIFA 17 decided to make Kante everything he's good at and more, which is bloody maddening if you're trying to play against him. 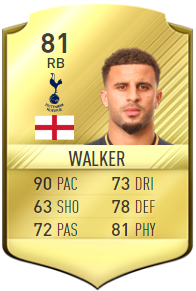 It speaks volumes that at the FUT Champions regional events run by EA Sports to find the best Ultimate Team player in the world, where contestants can use any player in the game they want including special informs... Kyle Walker is the most commonly used right-back.

Like... Why? He's a good player, but there may never have been a right-back as good as he is in FIFA 17. 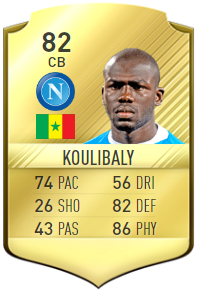 One of the rare non-Premier League players on this list, Napoli's big Senegalise destroyer is a must-have for any Serie A team, but if you're playing against him don't expect to win any headers.

A ridiculous turn of pace for a man built like a brick-shithouse, Koulibaly is another defender who can just swat away attackers and take the ball, like Smalling and Bailly.

Gaming
1 month ago
By Eoin Harrington
"Breaking Glass Ceiling": Football Manager's Developers On Adding Women's Football
Gaming
2 months ago
By Gary Connaughton
FIFA 22 Beta Review: EA Sports' 'HyperMotion' Engine Is A Real Game Changer
Gaming
2 months ago
By Gary Connaughton
When Will Hogwarts Legacy Be Released? Here's What We Know So Far
Popular on Balls
Football
18 hours ago
By Eoin Harrington
Watch: Caoimhín Kelleher Penalty Save Helps Liverpool Through To EFL Cup Fourth Round
Football
22 hours ago
By Jonathan Byrne
The Battle Of Old Trafford: Roy Keane On Why Arsenal 'Crossed That Line'
Football
23 hours ago
By Andrew Dempsey
Shay Given Reveals 'Horrendous' Contract Offer That Forced His Celtic Departure