Ireland Legend Robbie Keane Will Be In FIFA 22

EA Sports have revealed the first set of Ultimate Team Heroes for FIFA 22 - and Ireland legend Robbie Keane is among them.

Robbie Keane to be included in FIFA 22

Billed by EA as "The Sharpshooter who never misses a shot", the former Liverpool and Spurs man will be playable in the FIFA Ultimate Team mode for the new game, which launches on October 1. He'll carry an 86 rating for the game.

Over 120 goals for some of England's biggest teams 🔥🙌 Robbie Keane’s in the inaugural class of #FUT Heroes. Only in #FIFA22: https://t.co/Wf7VHFlYj0 pic.twitter.com/3p8AKbhBmD

Dubliner Keane started his career at Wolves, before a club-hopping career which brought him to Italy with Inter Milan, Scotland with Celtic, and the USA with David Beckham's LA Galaxy. His longest time at one club came across two spells with Tottenham, where he won the 2008 League Cup.

Keane is perhaps best known for his exploits at international level, where he stands alone as the highest-scoring Irishman in history. He played for Ireland at three major tournaments, scoring three goals at the 2002 World Cup - including a last-minute equaliser against eventual finalists Germany.

19 years ago today, Robbie Keane sent us all wild with a last-minute equaliser against Germany.pic.twitter.com/ZcaASD59Xb

FUT Heroes is a new feature for FIFA 22, which centres on league-specific chemistry. Each player to be given a "Heroes" card are chosen with a specific "hero" moment, which defines the league they will have the best chemistry with. This, coupled with their nation link, means there's plenty of ways to work the "heroes" into your FUT squad.

Robbie Keane's hero moment for FIFA 22 is the 2008 League Cup win with Spurs, so we'd imagine his best chemistry link will be with Premier League players.

When FIFA 22 drops in October, you can certainly do much worse than working an 86 rated Robbie Keane in up front. We're already dreaming of a linkup with Harry Kane up front.

SEE ALSO: A Tribute To Rugby 05 - One Of The Greatest Rugby Games Ever Made 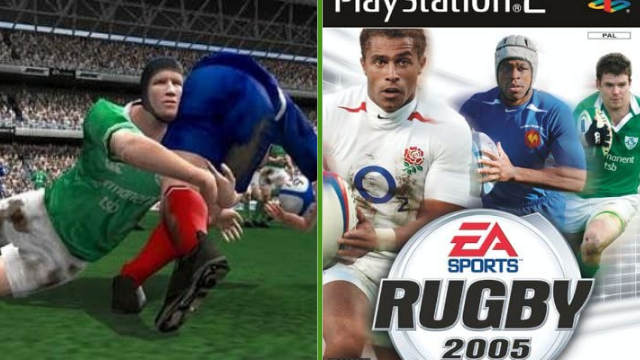 Gaming
1 week ago
By Jonathan Byrne
Ole Gunnar Solskjaer Will Be A Playable FUT Card In FIFA 22
Gaming
2 weeks ago
By Gary Connaughton
FIFA 22 Beta Review: EA Sports' 'HyperMotion' Engine Is A Real Game Changer
Gaming
3 weeks ago
By Eoin Harrington
Everything You Need To Know About FIFA 22
Previous Next

Gaming
1 week ago
By Jonathan Byrne
Ole Gunnar Solskjaer Will Be A Playable FUT Card In FIFA 22
Gaming
2 weeks ago
By Gary Connaughton
FIFA 22 Beta Review: EA Sports' 'HyperMotion' Engine Is A Real Game Changer
Gaming
3 weeks ago
By Eoin Harrington
Everything You Need To Know About FIFA 22
Popular on Balls
Olympics
17 hours ago
By Eoin Harrington
Team Australia In Hot Water After 'Unacceptable Behaviour' On Flight Back From Olympics
168