Five Irishmen Feature In The Top 1,000 Players On FIFA 21

The release of FIFA 21 is just around the corner, with EA Sports releasing a number of details about the title in recent weeks.

The aspect of the game that has drawn the most interest is the player ratings, with the top 100 players in this year's release revealed a couple of weeks ago.

That was a very interesting list, but we are more intrigued by the ratings of Irish players in the game. Perhaps unsurprisingly, no Irishmen featured in the top 100 players. However, we have now been given a look at what some of our internationals will look like in the upcoming release.

EA Sports have now released a database of the top 1,000 players in FIFA 21, featuring five Irishmen.

Matt Doherty is the highest rated Irish player in the game, with his mark of 81-overall an upgrade of three points in comparison to FIFA 20. The Spurs man has solid attacking and defensive stats, meaning he should be very useable in the game.

Seamus Coleman is next on the list at 79 OVR, although many of his stats are better than or equal to Doherty's.

Having started out life in FIFA 20 as silver cards, both Enda Stevens and John Egan have received massive upgrades in this year's title. They are both rated at 78-overall.

The final Irishman to feature in the top 1,000 players in FIFA 21 is Shane Duffy, whose lack of playing time at Brighton has resulted in the defender taking a one-point dip from his rating in last year's game.

The database has also yet to update his current club to Celtic.

You can explore the ratings in full here.

These ratings have the potential to change over the course of the season, with a major refresh of the player ratings usually coming after the January transfer window.

There is also the possibility to earn 'in-form' player items in Ultimate Team, while their ratings continuously changed in kick-off mode based on real life form. 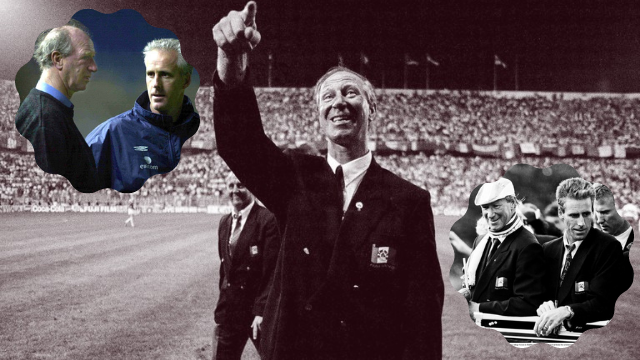 Gaming
5 days ago
By Jonathan Byrne
15-year-old FIFA Prodigy Finally Loses After 535 Game Win Streak
Gaming
1 month ago
By Sean Meehan
EA Release First Team Of The Year Promo Of FIFA 21
Gaming
1 month ago
By Sean Meehan
The Toughest FIFA 21 Career Mode Challenge To Try With Your Mates
Popular on Balls
GAA
12 hours ago
By Balls Team
Ranking The Top 6 'Outside Managers' In The History Of Inter-County GAA
Football
13 hours ago
By Gary Connaughton
Mick McCarthy Says Cardiff Will Be Targeted Due To Promotion Push
Football
15 hours ago
By Fiachra Gallagher
Five Years On From Midtjylland, How Do We Talk About Marcus Rashford's Career?
Rugby
15 hours ago
By Gary Connaughton
Wales Legend Thinks It's Time For Ireland To Move On From Murray & Sexton