Where Is The Legendary Cougar Location In Red Dead Redemption 2?

Red Dead Redemption 2 is the biggest game of the year, and players all over the world cannot get enough of the Old West. The incredible map is unlike anything we have ever seen, and there will undoubtedly be enough content to keep gamers entertained for months. One of the more challenging quests in the game is hunting the legendary animals. There are 16 in total, with some much more elusive than others. If you are struggling with some of the more difficult beasts, don't worry. We will outline the legendary cougar location in Red Dead Redemption 2.

The legendary cougar can only be found in one location on the whole map. It is located in the region of New Austin. You will travel here as part of the storyline later in the game, but you can make your own way there earlier if you wish. It is the most southwesterly point of the massive map.

YouTuber The Spruce Moose shows you how to hunt the best here, but we will give you a step by step guide below.

The legendary cougar can be found Gaptooth Ridge, just west of the town known as 'Tumbleweed'. It's rough location is labelled on the map below. 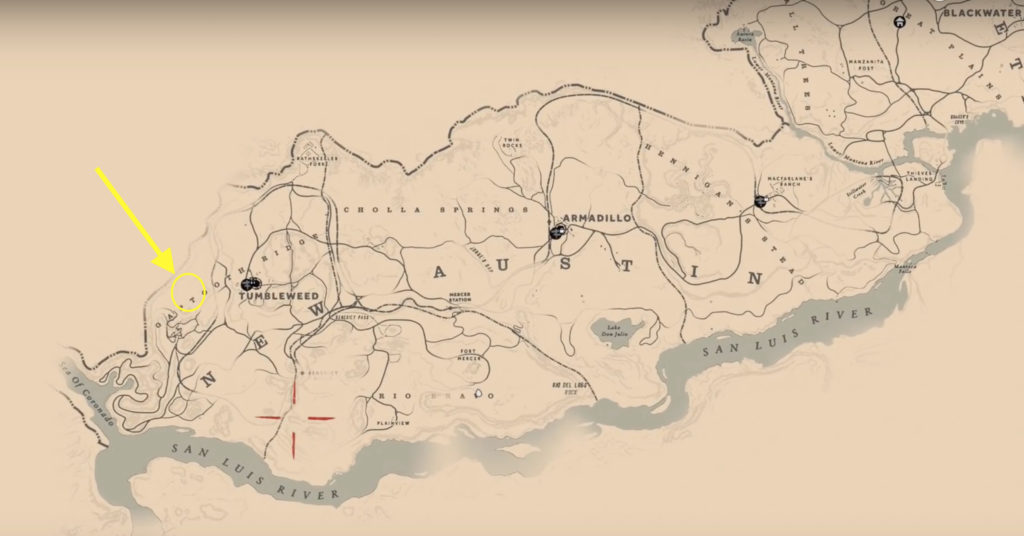 Once you travel to the spot marked on the map, there is a trail where the first clues of the animal's whereabouts can be found. Use eagle eye view to find the clues, of which there should be three in total. Once all three have been found, you should spot the cougar roaming the hills in that area. 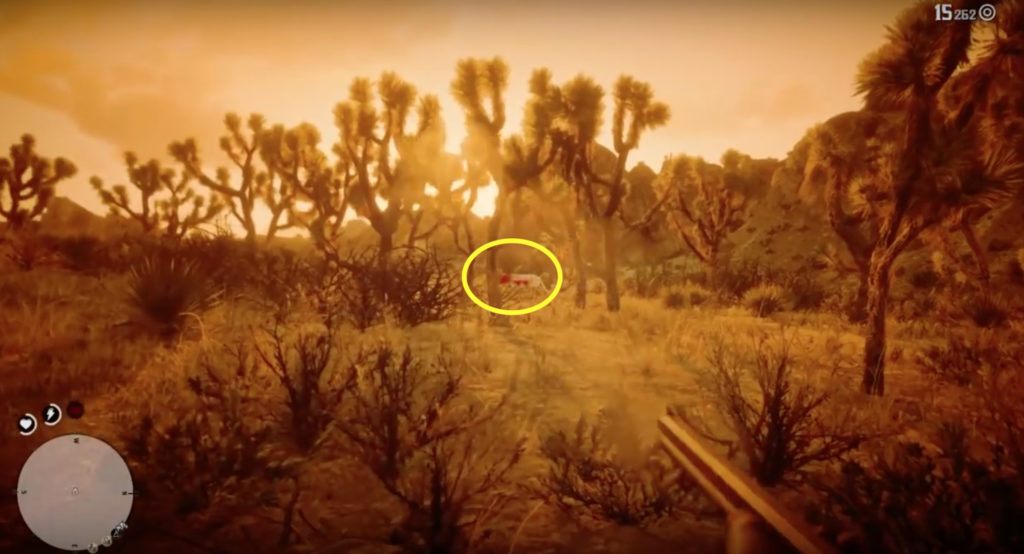 The legendary cougar is an incredibly dangerous animal due to its speed and aggression, and you should avoid getting too close to it if you can. If you remain on horseback, your horse will also bolt if the cougar comes into you proximity.

For that reason, the use of a longe-range weapon such as a sniper or bow and arrow should be your method of choice.

When attempting to kill the animal, you should aim for a one shot kill to the head in order to maintain the quality of the pelt. The legendary pelt is the main reason for hunting animal after all. Once the hunt is complete, simply skin the animal to claim your prize. 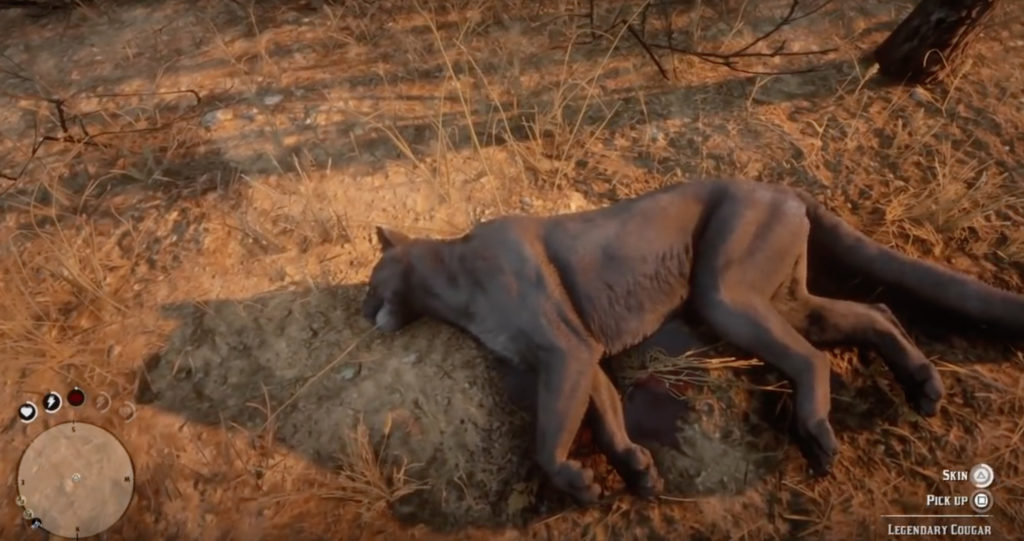 So there you have it, not too difficult. The legendary cougar is definitely one of the more difficult animals in the game to hunt, due to its elusiveness and aggression once spotted. However you should be able to get the job done, as long as you follow the above steps correctly.