We're Having Mixed Feelings About The New Marvel's Avengers Game

It's been difficult to avoid Marvel's Avengers over the last decade or so of pop culture, with the Marvel Cinematic Universe basically taking over Hollywood, culminating in the release of Endgame earlier this year.

But despite their seemingly endless stream of movies, it is not until quite recently that Marvel began to make their mark in the world of gaming.

In the past, big action films were almost always accompanied by the release of a tie-in video game to cash in on the success of the movie. But with Marvel taking greater and greater care to keep the plots their films a secret over the years, the logistics of video games based on MCU films became essentially impossible.

But last year's Spider-Man on PS4 showed that you don't need to base your game on a film for it to work. Spider-Man was a critical and commercial success, offering players the chance to experience the world of the webslinger as never before.

The popularity of the MCU has meant the holy grail of Marvel video games has become the Avengers themselves. And at gaming expo E3 this week, we got our first look at the one we've all been waiting for: Marvel's Avengers.

On first impressions, the trailer isn't great. But it's worth remembering that we're still a year away from the game actually being released.

It's clear that Marvel's Avengers is not yet the finished article. By the time it is released in May 2020, you would expect that the PS3-era graphics will have been cleaned up and made into something more befitting of this generation of consoles.

We don't yet know how the gameplay will function but it seems likely it will follow the trend set by the Batman: Arkham series and Spider-Man.

At its most basic, we're excited for the opportunity to control five different Avengers. The group of Captain America, Thor, Black Widow, Iron Man and Hulk seems the one to give players, with all five forming the main core of the Avengers in the MCU.

But there does appear to be one thing missing that makes the MCU films so special. No, we're not talking about Hawkeye, we're talking about the relationships between the characters. The craic. 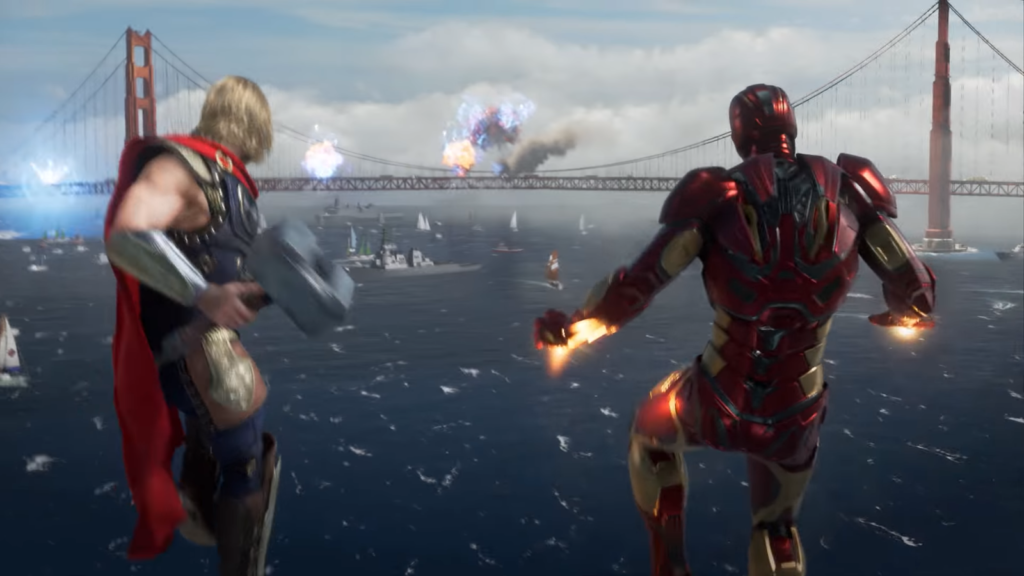 The first view of the new game gives us very little idea of the personality of Marvel's Avengers and the dialogue we do get to hear is clunky and the voiceover a little cliched.

One of the great things about the MCU films has been their ability to avoid cheesiness by injecting humour into otherwise serious situations but the one joke in the Marvel's Avengers trailer falls flat - although we admit that may be because we're not used to hearing anyone other than Robert Downey Jr's voice Iron Man.

The promise of multiplayer is a tantalising prospect and though the graphics are still rough, the gameplay has a clear potential.

And to be honest, that's what will make or break this game - how it actually feels when you get the controller in your hand.

We're hopeful that Marvel's Avengers can deliver on the promise of the movies. But on the evidence of the first trailer, we won't be getting carried away just yet.

Gaming
4 days ago
By Jonathan Byrne
15-year-old FIFA Prodigy Finally Loses After 535 Game Win Streak
Gaming
5 days ago
By Balls Team
10 Footballers Who Had A Video Game Named After Them
Gaming
1 week ago
By Balls Team
Remembering The Monster That Was 99 Overall Brian O'Driscoll In EA Sports Rugby 06
Popular on Balls
GAA
17 hours ago
By PJ Browne
'I Have Pictures Of Stephen Cluxton All Around My House, It’s A Bit Weird!'
Rugby
18 hours ago
By Balls Team
Son Of Offaly Hurling Legend Set For Super Rugby Debut
The Rewind
16 hours ago
By Sean Meehan
Introducing The Vote For Ireland's Greatest Singalong Song
Rugby
14 hours ago
By Eoin Harrington
Rob Kearney Player Mic Gives Great Insight On Western Force Debut