It was the great debate of its time: FIFA versus Pro Evolution.

Many preferred the gameplay on the Konami release, but others just couldn't get past having to use Merseyside Red or Man Red in the game.

In any case, there hasn't been much of a debate on the matter in recent times. FIFA is now clearly much more popular, with the quality of the game having long surpassed that of its once rival.

You don't get many people vouching for the newer versions of Pro Evolution, so much so that the game has undergone a complete rebrand this year.

Not only has it changed its name to the much less exciting sounding 'eFootball 2022', but it also available to download for free.

Even though it costs nothing, early reviews would suggest that it still might be overpriced.

People have been absolutely slating the game in recent days, with its brutal graphics and numerous glitches causing quite the stir.

For example, here's what the crowd in the stadium looks like.

In fairness, the crowd doesn't play much of a part in the game. Surely the players themselves look decent?

Not quite. Here are just a few of the screenshots that have been doing the rounds, with the developers absolutely butchering the likes of Lionel Messi and Cristiano Ronaldo.

That is without even mentioning the numerous glitches that have been spotted so far. The video below sums things up pretty well.

In fact, eFootball 2022 is so bad that Konami have already apologised for the game.

We will probably be sticking to FIFA for this year.

SEE ALSO: The Best FIFA 22 Custom Tactics To Get Your Team Winning Matches 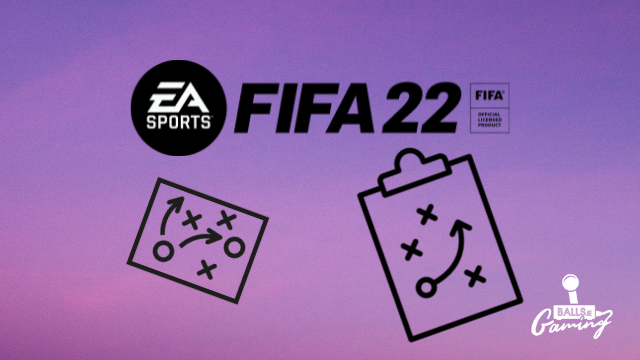 Gaming
3 weeks ago
By Balls Team
8 Reasons Why 'This Is Football' Was The Unsung Hero Of Football Games
Gaming
3 weeks ago
By Balls Team
The Ireland Squad From FIFA 2005 Was A True Thing Of Beauty
Gaming
4 weeks ago
By Jonathan Byrne
A Tribute To Rugby 05 - One Of The Greatest Rugby Games Ever Made
Popular on Balls
GAA
2 days ago
By PJ Browne
Insane Drama As Late TJ Reid Goal Sends Ballyhale Into All-Ireland Final
Rugby
1 day ago
By Colman Stanley
Yesterday Was Not The First Time Wayne Barnes Sent A Player Off For Getting Lippy
Rugby
21 hours ago
By Colman Stanley
Champions Cup Predictions And Permutations For The Irish Provinces
The Rewind
2 days ago
By Jonathan Byrne
The Definitive Ranking: Deli Items Ranked From Best To Worst