Where Is The New Wailing Woods Secret Bunker In Fortnite?

The arrival of Fortnite Season 6 is upon us! The new season is officially live and we're all obviously very excited. With it, it brings new features, such as pets, a new consumable called Shadow Stones and a number of new locations. These locations are the Floating Island, Corrupted Areas, Corn Fields and the Haunted Castle. Another exciting addition to this is a season is a massive hidden bunker in Wailing Woods. But where is the new Wailing Woods secret bunker on Fortnite? We've got everything you need to know right here.

Where Is The New Wailing Woods Secret Bunker In Fortnite?

While there has been a lot of speculation about an impenetrable bunker present in Wailing Woods since season 4, this is a completely new bunker. It is absolutely huge, and there is plenty of loot to be found inside.

Youtuber ExoticMoTioN reveals where exactly you can find the new bunker. 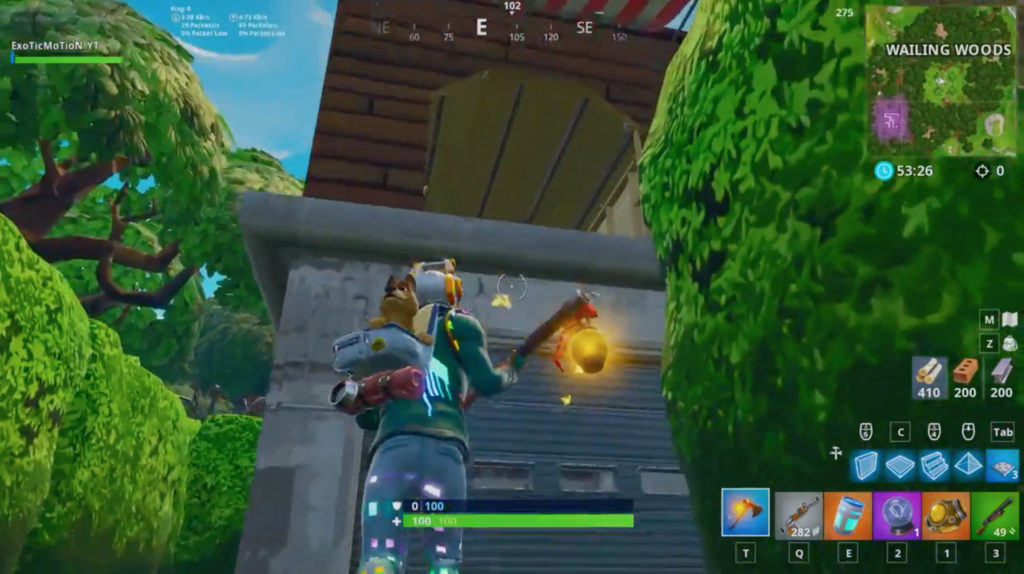 As you can see, it is right in the middle of the maze in Wailing Woods. You will ned to break the door and drop down into the underground fortress. Once inside, their is likely to be a ridiculous amount of loot to be found. There are a variety of rooms, and it will take a few minutes to navigate your way through its entirety.

While the location is still relatively unknown, you should make the most of it while you can. It will soon no doubt be overrun with players in search of loot. If you can get there first, you could probably also rack up a decent amount of kills in the bunker. The only way out is to ether build your way back up through the steep drop, or to use the rift found deep inside.

You can watch ExoticMoTioN's video in full below, and he gives a great outline of what you can expect once inside the bunker.

SEE ALSO: Where Is The Floating Island In Fortnite? New Location Revealed