E3 has delivered some very exciting news for fans of Pro Evolution Soccer as the new 2018 version of the game is set to bring some seriously fun game modes to the table.

The gameplay has been improving year on year, and the decision to bring back Random Select Match that was revealed earlier this year went down very well with fans of football gaming everywhere.

But that's not the only exciting and unusual game mode this year, as Konami revealed the E3 trailer for PES 2018 which confirmed that online 3v3 co-op will be introduced to the series. 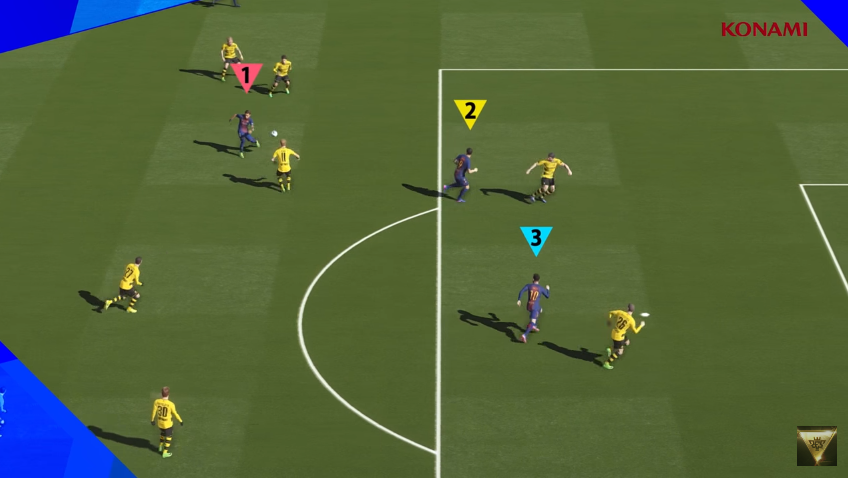 That means that you and two friends (or one, it has 2v2 as well) can play online, and the fantastic news is that it supports guests, so you can play on the couch and not just online. You can also play it online solo.

The image above and trailer below show three user controlled players playing against a full team, so it seems as though there will be the option of training, as Konami confirmed you can play 3v3 against other people online.

COMPETE ALONGSIDE FRIENDS
New mode supporting 3v3 and 2v2, allowing you to team up with friends or other users to compete against the world.

PLAY WITH YOUR STYLE
You can make a one-off team with an automatically matched user, or create a clan with highly skilled friends and aim for the top of the ranks.

COUCH CO-OP
Supports up to 2 guests on same console, play as many as 3 on the same team to play on online CO-OP matches.

This is absolutely fantastic news.

It's frustrating how little concern is given to the fact that a lot of people still play football games with their friends in person, but this is something new that will be, if nothing else, incredible fun after a few cans.

Also new is the fact that Usain Bolt will be in the game. 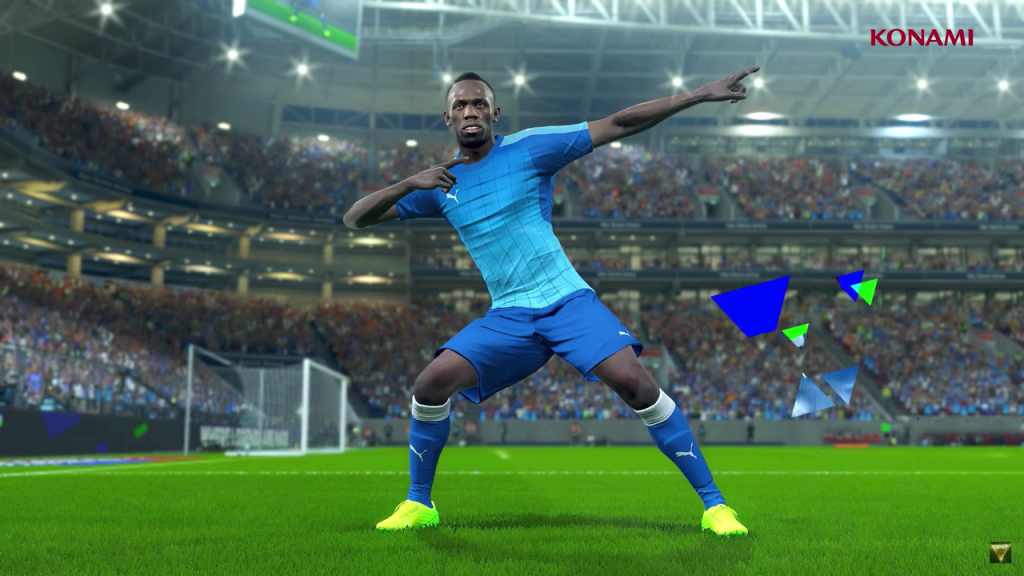 The Jamaican sprinter has flirted with the idea of playing football professionally before, so Konami have taken him on as an ambassador for the game and made him a downloadable character available with pre-orders. He'd be a quality signing in Master League, all pace and no finishing, just like Castolo back in the day.

The last bit of excellent news is that PES 2018 will be playable next month via an open beta, which will let anyone try the game's online features, including co-op!

You have no excuse not to give PES 2018 a chance this year.

Konami have smashed their E3 presentation, and we're genuinely looking forward to giving it a shot.

SEE ALSO: A Tribute To 'Random Selection Match' - A Glorious Gift From The Pro Evo Gods

Gaming
4 years ago
By Balls Team
Watch: Reacting To The Irish Player Faces In PES 2018
Gaming
4 years ago
By Mikey Traynor
One Of The Most Loved Old Game Modes Is Coming Back For PES 2018
Popular on Balls
Golf
16 hours ago
By Donny Mahoney
'I'm Made For This': Shane Lowry Inspires Europe With Epic Putt