Review: PGA Tour 2K21 Lives Up To Our Hopes

Upon its release last week, 2K sent us a copy of the new PGA Tour 2K21 video game and we've been sinking eagles and dominating the PGA Tour ever since...

OK, in truth, we shot an opening round of +28 in first match and have gone on to fail Q-School twice!

PGA Tour 2K21 is a whole lot of fun and suitable for seasoned golf gamers and the more casual fan alike. Published by 2K and developed by HB Studios, it builds on from HB Studio's original The Golf Club franchise, offering a new PGA Tour Career Mode and much more.

Much of the game centres around your own pro character and, while it may not have as many customisation options as the likes of the WWE 2K games, you still ought to set aside four to five hours to decide on facial hair, nose shape etc. At least you won't waste an entire week creating their entrance music - although golf and professional wrestling is the mash-up we'd all like to see.

If you're like us, you'll consistently spend all your currency on buying your MYPLAYER new clothes and have no coins left to purchase new golf clubs. Not to worry, you still start off with a full bag of club options anyhow. 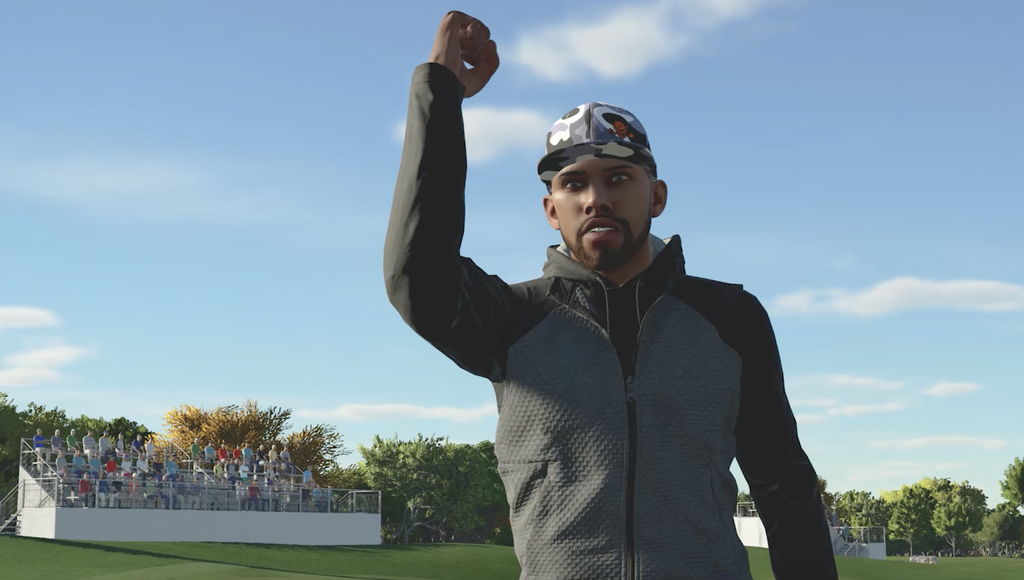 The PGA Tour career mode gives you the option to start out at various stages, with Q-School the obvious option for those who'd like to start out at the very beginning and work their way up from there. Once you earn your tour card, you're off to the races, competing on the PGA Tour and joining the quest for the FedExCup. Career mode also includes sponsor goals to help you unlock and purchase that all important apparel and equipment, while if you earn enough points over the course of the season you can qualify for the FedExCup playoffs.

There are 15 real licensed TPC courses, while you'll find 12 of golf's top real life pros among the field; namely:

The gameplay itself is excellent, with the welcome ability to adjust various assists etc rather than only being able to change the overall difficulty. This makes the game accessible for those who aren't veterans of golf games while also allowing more seasoned pros to up the ante.

PGA Tour 2K21's course designer is one of its most lauded features. Players can design their owns course and also play other custom made courses which have been shared by fellow visionaries online.

The online private matches are where we've invested most of our time with the game so far and they provide the perfect setting for some entertaining, 'socially-distant' golf with your friends. The stroke play mode is probably the least entertaining given you aren't watching other players' shots but with the other games - such as four-ball, skins and scramble - the pressure on the opening teeshot, while three of your friends watch on, is absolutely incredible. Make sure to have an extra t-shirt on hand because you'll be sweating through your clothes by the third hole.

While we've yet to delve into the Online Societies, it has been a highly popular feature on past editions and it looks to be the case this year as well. Online societies allow you to create your own online community and compete against other society members in your own events and custom made seasons.

Overall, in our short time with the game so far we've been throughly impressed  and it's made all the more enjoyable if you've a few friends to compete against. Get in the hole!

See Also: Everything We Know About 'Call of Duty Black Ops: Cold War'