Ireland appearing in a video game is rare. It hasn't happened very often, with sports games the only ones that feature Irish occasions regularly.

However, one of the biggest franchises in gaming is set to come to these shores tomorrow.

Assassin's Creed Valhalla are releasing an expansion pack on May 13th, which will see players take on a new storyline set in Ireland.

The 'Wrath of the Druids' expansion will see the main character Eivor travel from his home in England (where most of the game has taken place up to this point) across the Irish Sea, where they will be tasked with learning the secrets of an ancient druidic cult, as well as uniting the four fractious regions of Ireland under one high king.

The trailer for the expansion is available below, and we have to admit that it looks very interesting.

They even seem to have hired Irish actors to voice the characters, saving us from the typical exaggerated brogue that we often see in main stream depictions of the country.

With this game being set in the 9th century, the Ireland on show will obviously be very different to the one we know today. However, there will be a number of places in the game that you will be familiar with.

Firstly, the map in the game has been split into four regions: Dublin, Meath, Connacht, and Ulster.

Meath might seem like a bit of a strange inclusion as a region, but it makes sense when you consider that this was where many of the high kings of Ireland were based. We're sorry to break it to the the people down south, but it seems as though you will not be able to travel to Munster.

Each of the regions is down split down even further, with a number of Irish towns and villages that are still around today featured (although they may be spelled a little differently).

For the settlements in the game, in Dublin, you can expect to see the likes of Rathdown and Lambay Island, while Meath features Kells, Durrow (now in Offaly) and Drumlish (now in Longford).

A number of landmarks such as Slieve Gallion and Errigal will also be included.

You can see the map in more detail in a video from YouTuber SECTOR.sk here. 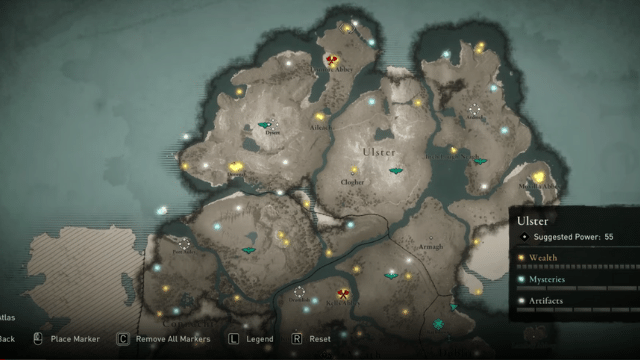 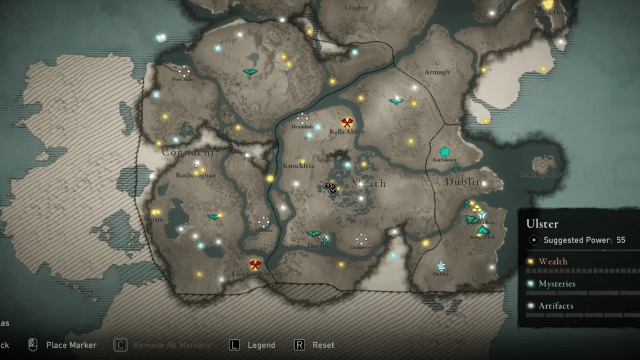 There are also another of other real life Irish locations, that while not full settlements, are set to appear as trading posts or forts.

While not visible on the map, some very clever people have looked through the code of the game to find some other locations that will be included.  For example Cashelmore and the Hill of Tara will be used as forts.

The expansion pack will cost around €20, while you will also need a copy of Assassin's Creed Valhalla.

We can't wait to get stuck into this one. 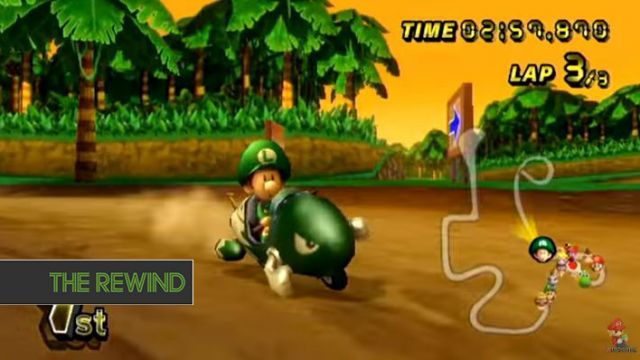 Gaming
2 weeks ago
By Michael McCarthy
Quiz: Name 12 Classic 1990s Video Games From Just A Screenshot
Gaming
3 weeks ago
By Jonathan Byrne
The Congolese Bundesliga Winger Who's Grown A Cult Following On FIFA
Gaming
1 month ago
By Sean Meehan
This Could Be The Best Squad Building Challenge In FIFA 21
Previous Next

Gaming
2 weeks ago
By Michael McCarthy
Quiz: Name 12 Classic 1990s Video Games From Just A Screenshot
Gaming
3 weeks ago
By Jonathan Byrne
The Congolese Bundesliga Winger Who's Grown A Cult Following On FIFA
Gaming
1 month ago
By Sean Meehan
This Could Be The Best Squad Building Challenge In FIFA 21
Popular on Balls
Football
14 hours ago
By Gary Connaughton
Report: Celtic Eyeing Move For Experienced Premier League Goalkeeper
Golf
10 hours ago
By PJ Browne
Down Golfer In Tears After Life-Changing European Tour Win
Football
15 hours ago
By PJ Browne
Schmeichel Criticises 'Ridiculous' Decision To Restart Denmark Game
Football
11 hours ago
By Gary Connaughton
Brady & Hamann Double Down On Harry Kane Criticism Despite Croatia Win