Wednesday night brought with it the big moment gamers had been waiting months for, with Sony Interactive Entertainment (SIE) launching the new PlayStation 5 and, in the process, revealing its European release date and price.

The new PS5 will roll out across Europe on 19 November, with two versions available.The PS5 Digital Edition will have no disc drive and a recommended retail price (RRP) of €399.99, while the PS5 with an Ultra HD Blu-ray™ disc drive will carry a RRP of €499.99.

See you in November! pic.twitter.com/SMfSxxOJ7l

The eagerly anticipated console will be initially released in seven other markets on 12 November - namely the US, Canada, Mexico, Australia, New Zealand, Japan and South Korea - before its availability on this side of the Atlantic seven days later. However, the PS5 will be available to pre-order from some retailers as early as today.

With the PS5 Digital Edition coming in at €399.99, it is €100 cheaper than the PS5 and does not include a disc drive. However both consoles will have the same custom processor with integrated CPU and GPU for high-fidelity graphics up to 4K. They both will also have same ultra-high speed SSD and integrated I/O, enabling extremely fast load times. SIE say: "Players will enjoy the same transformative gameplay experiences regardless of which PS5 they choose."

In terms of some of the PS5 accessories that will be available at launch, SIE announced:

At the launch, SIE also announced the PlayStation Plus Collection, which will comprise of a host of classic PS4 games that will be made available to PS Plus members to download and play on the new PS5. These include the likes of Batman Arkham Knight, Bloodborne, Fallout 4, and God of War.

In terms of new titles, fans were given a taster of a variety of games that will be coming to the PS5, including an in-depth look at the exclusive Marvel’s Spider-Man: Miles Morales.

The game will available upon the PS5's launch and will have a RRP of €59.99 for the normal edition and €79.99 for the Ultimate Edition. Spider-Man and two other Sony exclusives, Slackboy A Big Adventure and Horizon Forbidden West, will also be made available on PS4 at launch, with a subsequent free game upgrade on the PS5.

Other games touted for release on the PS5 include Call of Duty: Black Ops, Devil May Cry 5 Special Edition, Final Fantasy XVI and, for all you Harry Potter fans, Hogwarts Legacy.

Hogwarts Legacy takes witches and wizards to a time before Harry Potter, and it's coming to #PS5. First magical details: https://t.co/khONkZF5Hi pic.twitter.com/5sg3zWkayg

More in-depth details on the full PlayStation 5 specifications can be found on the PlayStation website here.

See Also: Fall Guys Is Now The Most Downloaded PS Plus Game Of All Time 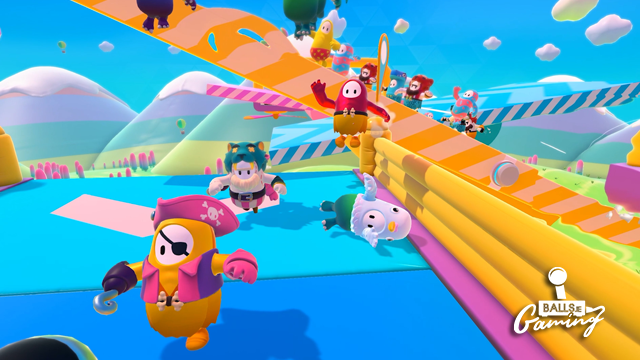 Gaming
4 months ago
By Mark Farrelly
The NBA 2K21 Playstation 5 Teaser Has Us Very Excited
Popular on Balls
Football
14 hours ago
By Balls Team
Confirmed: Ireland To Play England In Wembley Friendly
2