Where Are The Red Dead Redemption 2 Online Gang Hideouts?

Red Dead Redemption 2 has just got even better, and it's all thanks to the game's online section. While we were already unhealthily addicted to the game, the release of the online beta has made things even worse. There is nothing quite like going around the Old West with your friends causing havoc. While there is only a limited amount of online quests available at the moment, one thing you can do is raid gang hideouts. Today we are going to show you where to find the the Red Dead Redemption 2 online gang hideouts.

Gang hideouts are a very fun activity in Red Dead Redemption 2 online, and they can be very useful in building up your inventory. You will get 150XP for every camp you successfully loot, as well as more XP for successful kills. You can also loot the bodies and pick up extra supplies.

YouTuber LunarGaming explains online gang hideouts here, but we will outline them below.

There are a number of different locations scattered throughout the map, which are marked on this map. 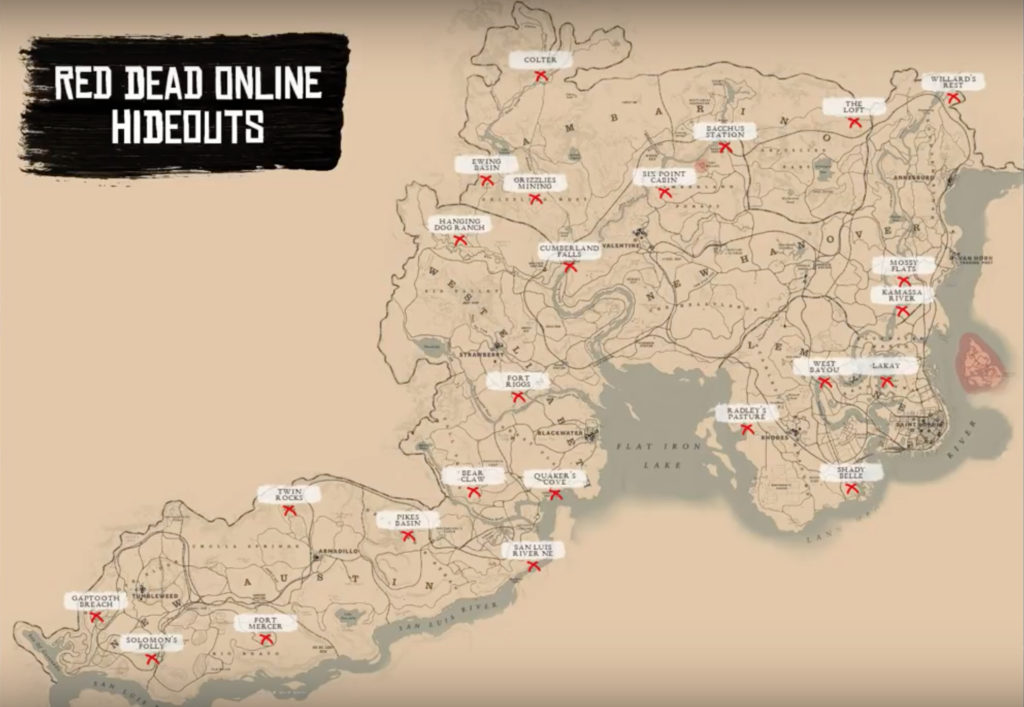 It is worth noting that the gangs will not present at these locations every time, and will vary depending on game sessions. If you go to a location and the gang is not present, you can choose to respawn.

There will generally be around 20 gang members per camp, and you should be able to clear them relatively quickly. Once you have killed all the gang members, make sure to loot their bodies to find money and supplies.

One other thing you can find on the bodies is treasure maps. Treasure maps will usually be found on the gang leader, but can be found on other members if you spare the leader or they escape. They are reasonably rare, and will only be found during the occasional raid.

You will also be given a treasure map for every five levels you advance online, which is done via earning XP.