The day is finally upon us: the release of Red Dead Redemption 2. It is one of the most highly anticipated games of recent times, and it is not hard to see why. Rockstar have put together a sprawling open-world adventure that is set to blow all of its predecessors out of the water. This title is sure to have something for everybody, and it has seen an unprecedented amount of pre-orders as a result. One of the perks of pre-ordering the game is some exclusive DLC, and we will explain how to get the Red Dead Redemption 2 war horse and outlaw survival pack.

The war horse is a very useful thing to have in the game, as it has much better stats in comparison to the run-of-the-mill animals you will otherwise come across. Its increased levels of speed and stamina are sure to be very useful in the various missions throughout the game's 60 hour storyline.

The outlaw survival pack contains a number of useful things which will aid you in your quests. They include consumable items to restore health, as well as your Dead Eye meter. 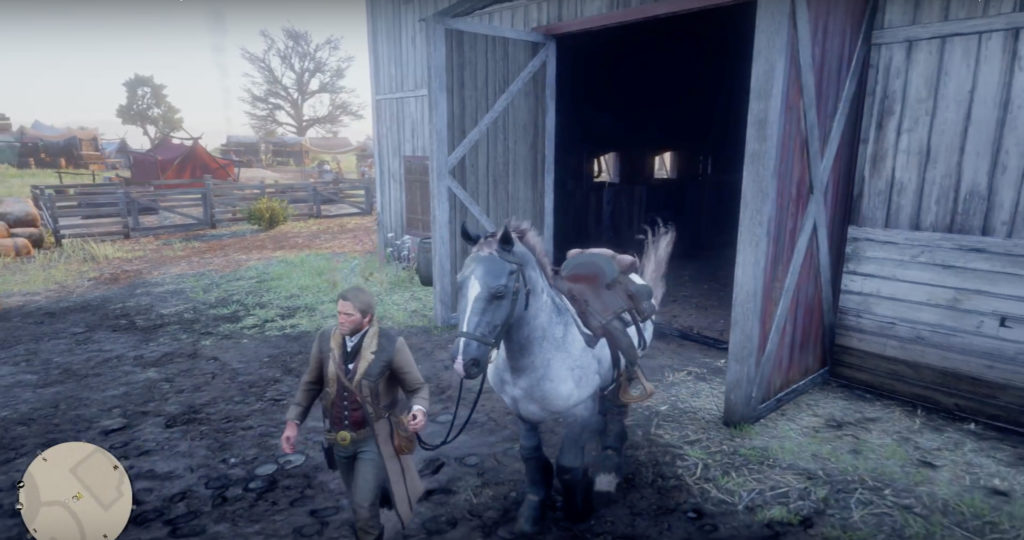 Unfortunately, these two items are only available as DLC to those who pre-ordered the game. All of those who did so received a pre-order DLC code, which you will use to get the content.

To use your code, enter the online store of your preferred platform. From here, enter the Redeem Code (PS4) or Use a Code (Xbox One) section. Then simply input the code that you received.

When Will I Receive My Items?

You should receive your outlaw survival pack right away, but you will have to wait for the war horse.

You will first have to progress along the main story of Red Dead Redemption 2, specifically to the end of chapter one. At this point you will learn how to use stables in the game.

Once you have done so, you will be given your own stable. Simply enter this stable and your war horse should be there waiting.

SEE ALSO: Weekly Challenge Explained: Where Are The Flaming Hoops In Fortnite?