Squad Building Challenges in FIFA 18 are much more attainable this year than they were last, and Irish FIFA fans are going to have a hard time turning down the opportunity to claim a special Sean Maguire card that was released on Saturday night.

The Preston North End striker was named PFAI Player of the Year at the PFAI awards at The Marker Hotel in Dublin over the weekend, and as well as a lovely crystal trophy he was awarded a cut-out of his special upgraded inform card that is now available in FIFA 18.

The upgrade is a dramatic one, as his normal silver 65 overall card has been buffed to 82 overall which makes him an outstanding option for anyone building an Irish team or working some Irish players into a hybrid. 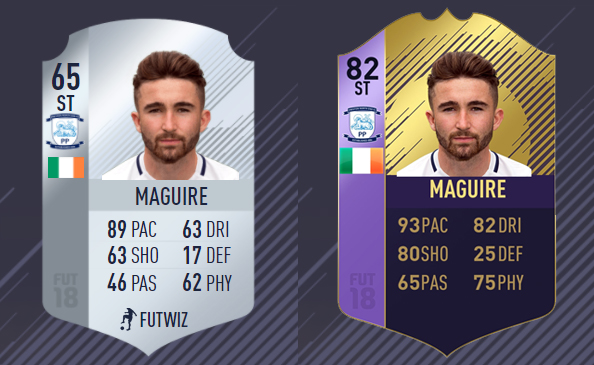 To unlock the special POTY version of Sean Maguire you must complete the Squad Building Challenge, which requires you to submit a squad of players that meet the following specifications.

That means the SBC can be completed for around about 15,000 coins which represents great value for a striker so effective in-game.

A look at his more detailed stats prove that Maguire is now one of the most dangerous Irish players in Ultimate Team, with incredible pace and agility making him a Weekend League worthy impact sub.

He's a beast. Quick as lighting and with great finishing, set his runs to 'Get in behind' and you have an absoltue pest for the opposition on your hands.

The upgrade in stats is a welcome one as most Irish football fans had felt a 65 overall was harsh on Seanie, as that meant there were other League of Ireland players with higher ratings, which didn't really make much sense.

Now, he's much better to use in-game, although unfortunately his face wasn't added which means he still looks like absolutely nothing like Sean Maguire. 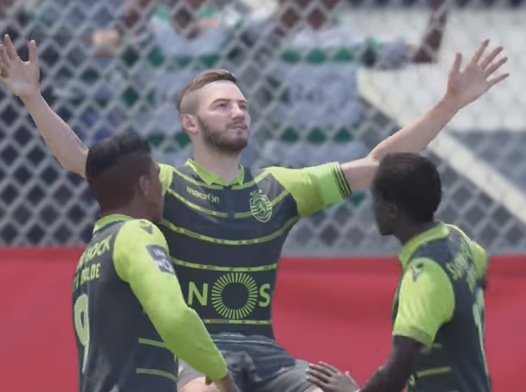 There's always FIFA 19 for that.

Football
4 years ago
By James Carroll
David Meyler's Featured Squad on FIFA 18 Squad Battles Is Simply A Sight To Behold
Gaming
4 years ago
By Balls Team
Andrea Pirlo's New FIFA 18 'End Of An Era' Card Is Absolutely Majestic
Gaming
4 years ago
By Mark Farrelly
10 FIFA 18 Ultimate Team Beasts You Need To Buy This FUTMas
Popular on Balls
Football
2 days ago
By PJ Browne
Ireland's Lee O'Connor Says It Was An 'Easy Decision' To Leave Celtic
Football
1 day ago
By Eoin Harrington
Quiz: Name Every Player To Score In A Champions League Final
Rugby
23 hours ago
By Colman Stanley
Roy Keane Made Quite An Impression On Eddie Jones And The England Rugby Team
52