What Is The Best FIFA 19 Bundesliga Ultimate Team?

FIFA 19 has arrived, and you can nearly hear the sounds of panic as players across the world try to assemble their brand new Ultimate Teams. Deciding what league to focus your team on can be a difficult decision, with all the leagues having various pros and cons to consider. The Bundesliga always features a number of quality players, and this year's game is no different. But what is the best FIFA 19 Bundesliga Ultimate Team?

This team is unsurprisingly dominated by Bayern Munich players, and while it won't come cheap, it will definitely be worth it. Most of the payers in this team are the highest rated in their position, although some exceptions have been made. 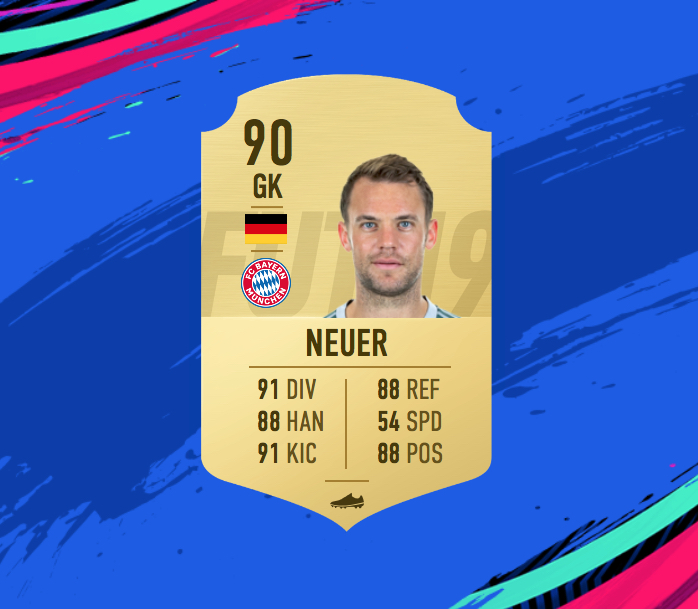 The Bundesliga possesses more quality goalkeepers than any other league in FIFA 19, but Manuel Neuer still stands out above the rest. While he has lost his title of best goalkeeper in the game to David De Gea this year, his card is still incredible.

His stats are amazing, and with the increased focus on goalkeeper's kicking in FIFA 19, he is the perfect player to launch quick counter attacks from the back. 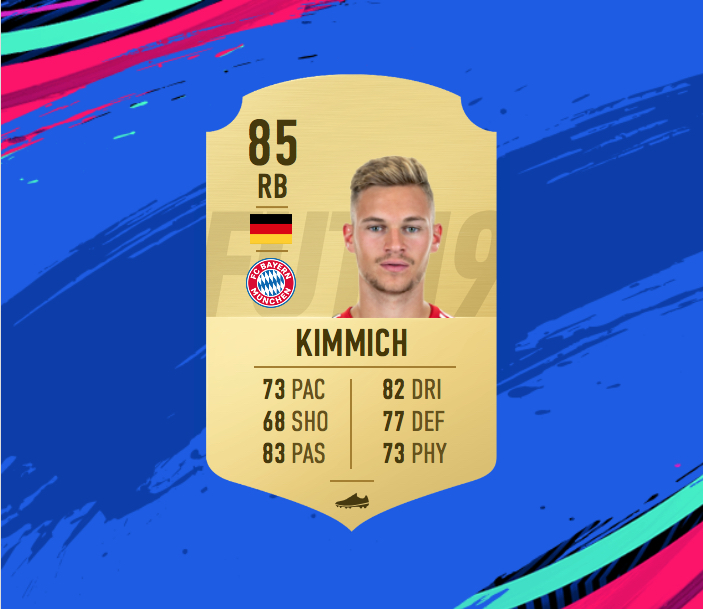 Kimmich is the obvious choice for the right back slot in this team, and is a very solid player to have in your team. Quality full-backs are hard to come by in FIFA 19, and having someone such as the German in your side will give you a massive advantage over your opponents. 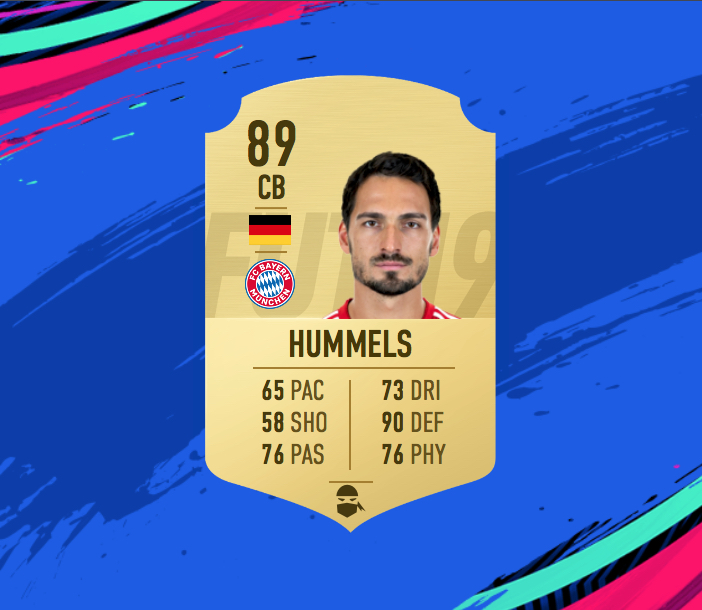 Hummels is one of the highest rated defenders in FIFA 19, and an obvious inclusion in this team. His lack of pace will not prove as much of a problem as it has been in previous games, while his defensive stats are off the charts. 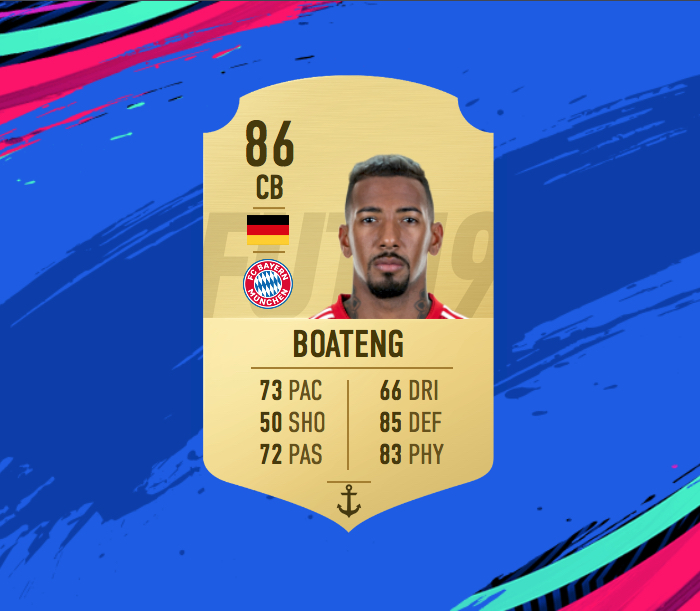 Boateng's downturn in real-life form has coincided with a dip in his FIFA raring, but he still has a very solid card. Him and Hummels should form a very solid base for your side, and opposing attackers will deftly struggle to dribble by the pair. 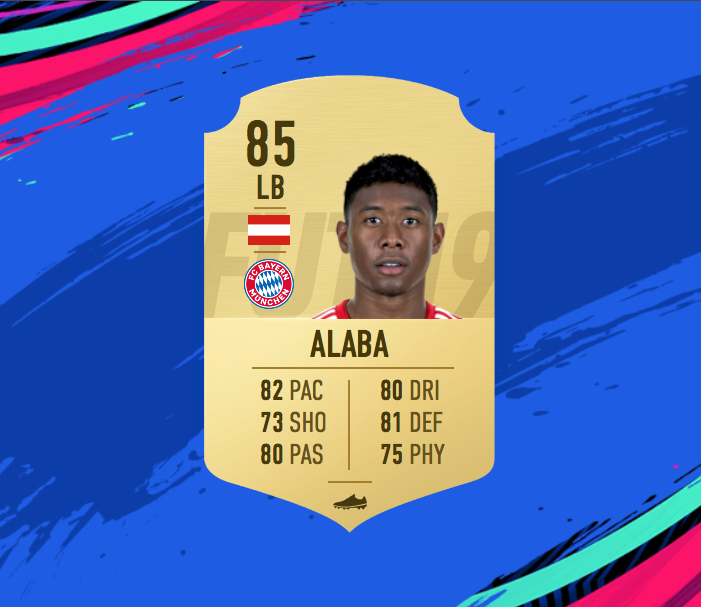 Left back is proving to be a difficult position to fill for many players, and Alaba is as good as any other options out there. He has a very balanced card, with no obvious weaknesses to his game.

Alaba is equally adept in attack and defence, and could be a star in this team. 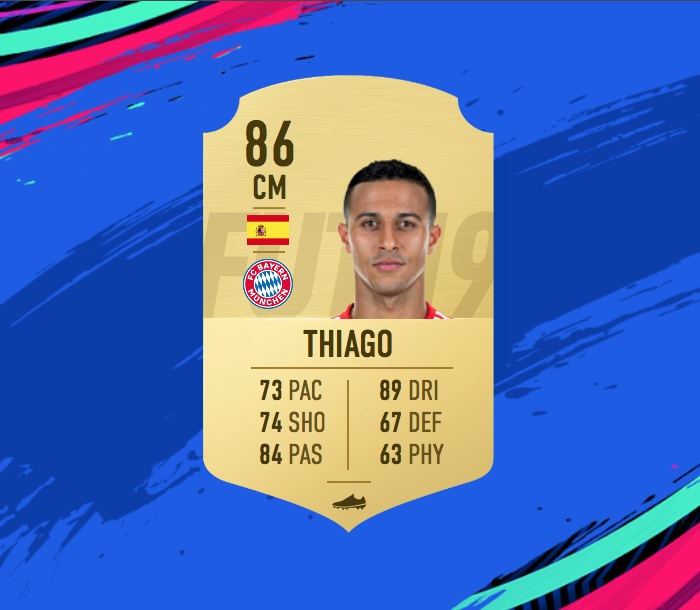 Played slightly out of position in this team, the Spaniard will prove to be an excellent deep-lying playmaker. His dribbling and passing stats mean he is the perfect player to launch your attacks.

While he may slightly struggle in his defensive duties, the rewards definitely outweigh the risks in this one. 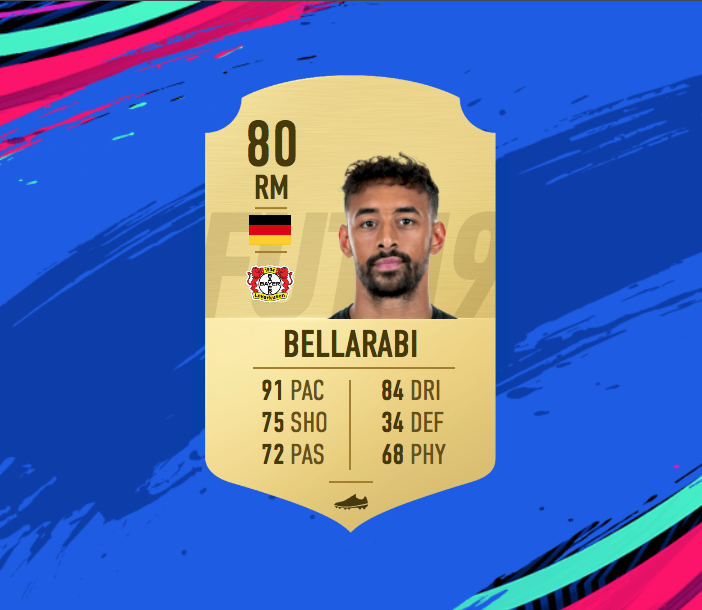 Finally a non-Bayern player! While Arjen Robben is the highest rated right midfielder in the Bundesliga, we feel Bellarabi will be a more dynamic option for your side.

His pace and dribbling stats mean he will be a nightmare for opposing defenders, and he can also finish a chance when it comes his way. A great player to provide service to your front men. 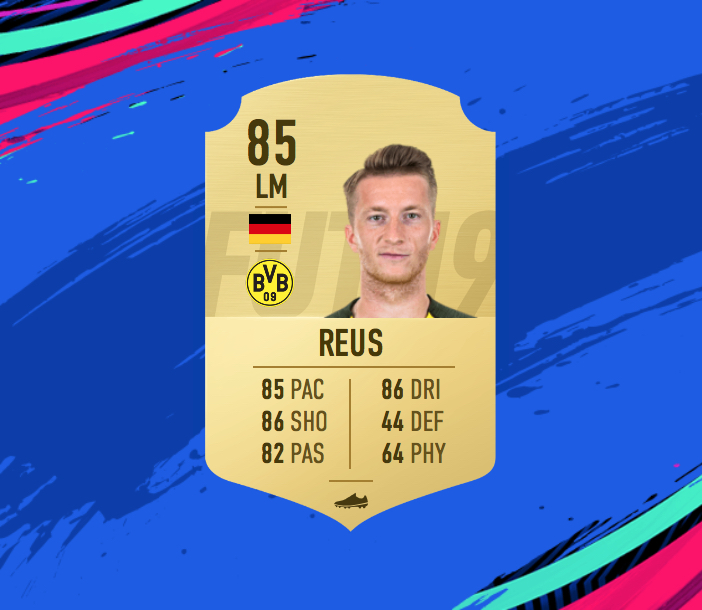 Reus has been a FIFA favourite for a number of years now, and he possesses one of the best all-round cards in the year's game. With pace, shooting, passing and dribbling stats all north of 80, he will be a real handful.

He will be most effective cutting in on his favoured right foot, but his four star weak foot mean he is also capable of getting crosses into the penalty area. 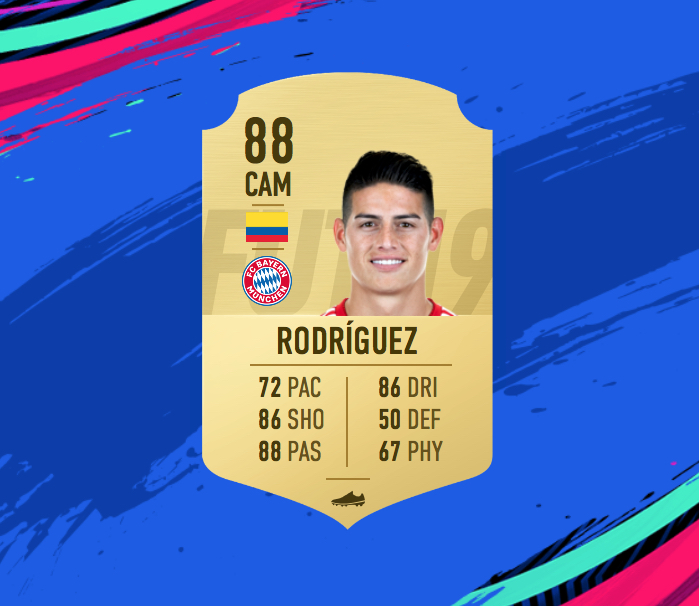 James possesses excellent passing, shooting and dribbling stats, meaning he is the perfect man to pick apart opponent defences. He should provide some excellent link-up play with the two strikers, and his left foot is absolutely deadly. 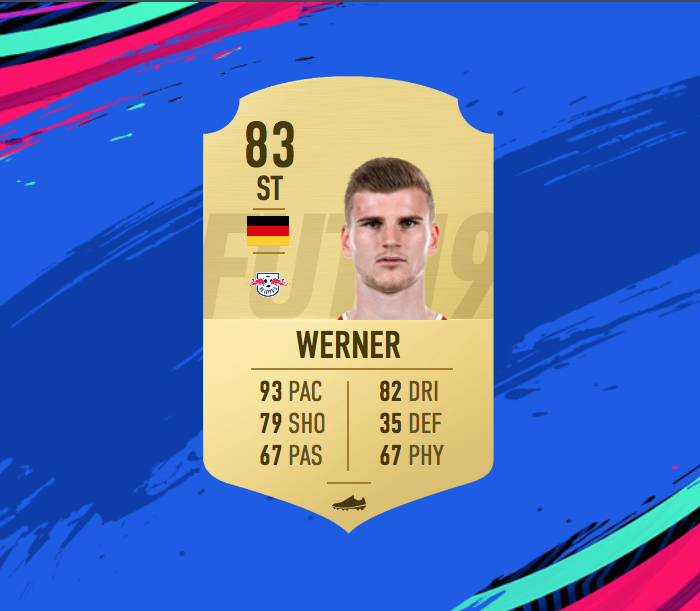 Werner became a bit of a FIFA legend in last year's game, and there is no reason to think that will not continue in this year's game.

While pace is not as important in FIFA 19, it is an added bonus to have a striker with Werner's speed. His finishing always seems to be better than his rating suggests too. A perfect second striker on this team. 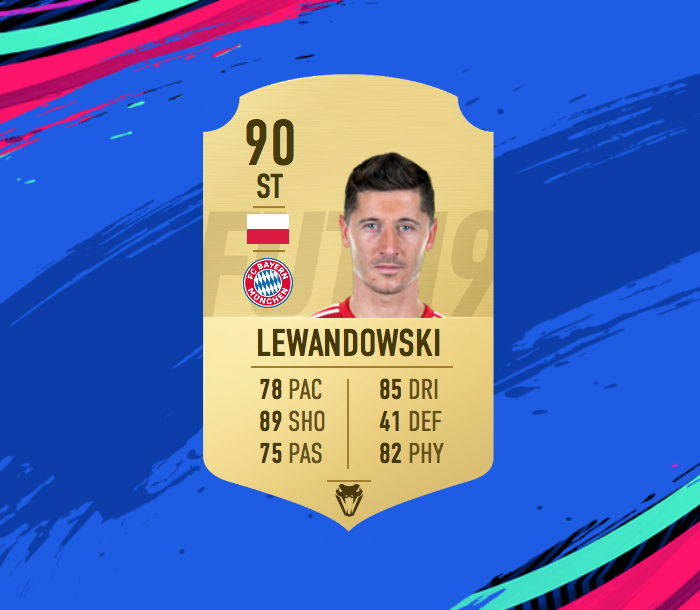 Lewandowski is an obvious inclusion in this side. His pace isn't half bad, and his finishing is as good as any player in the game.

With the creative players present in this team, Lewandowski should bag you an unbelievable amount of goals. 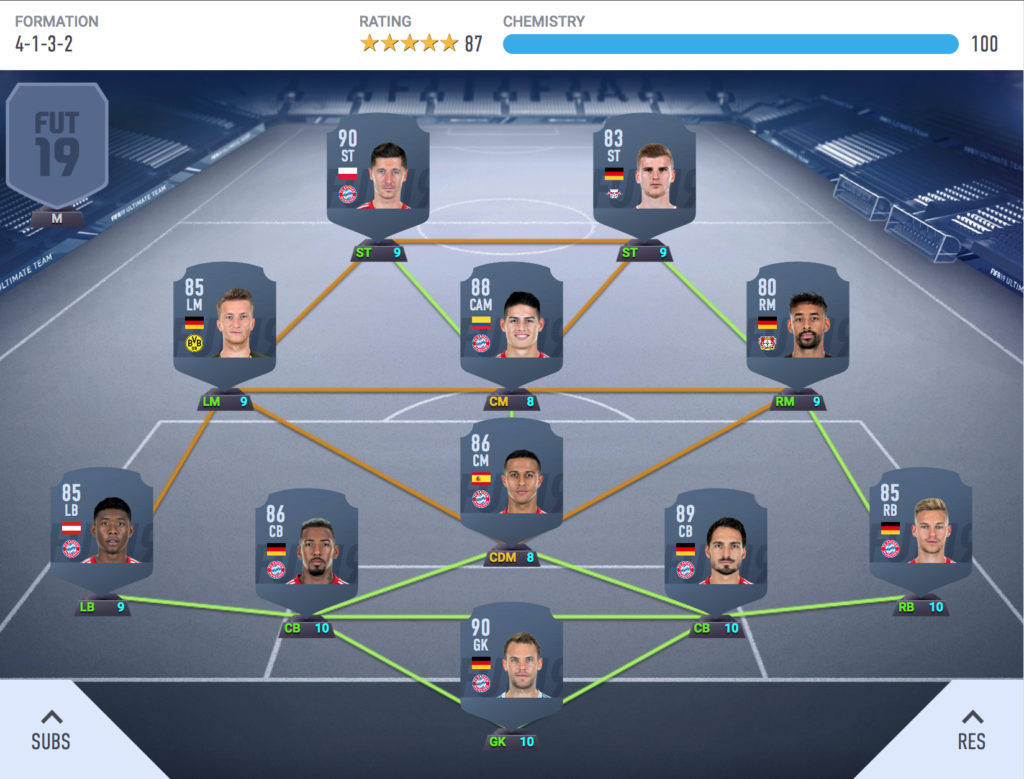 So here it is, the full team. 4-3-1-2 is probably the best formation to get the best out of this side, as it allows you to include James in his natural position, as well as two strikers.

If you can get the coins together to build this team, you will be well o your way to racking up some big wins.