The 'Definitive' Best Song From Every FIFA Soundtrack Since FIFA 98: Road To The World Cup

FIFA is a game which has taken on a huge cultural status as the years have gone by.

Not only is the game the most popular football simulation around, but its soundtrack has also been lauded for platforming some of music's brightest stars before their blow-up. The likes of Billie Eilish and The 1975 may have been destined for superstardom, but their placement on the FIFA soundtrack certainly played a part in their arrival at music's top table.

With FIFA's soundtrack ringing in the ears of every football-loving gamer each year, the briefest note of a song can invoke nostalgia of days gone by.

So, with memories and games consoles our only salvation during these times, there's no time like the present to give you a 'definitive' rundown of the best song from each FIFA soundtrack since FIFA 98. This title is the starting point as not only is it one of the franchise's best entries, but it's the first game in the franchise that had individual pop songs. All the titles beforehand were composed specifically for the game, rather than made widely-available.

FIFA 98: Road To The World Cup

We haven't been able to interview everyone that's ever heard 'Song 2', but we reckon that everyone can recall Damon Albarn's legendary 'WOOHOO' to greet the song's introduction.

Thrashing guitars and incomprehensible lyrics, a match made in heaven. Both song and game are forever bound, with every time you load up the game greeted with Graham Coxon's guitar lick and Damon Albarn turbo-charged greeting. One of the greatest songs in FIFA history.

Fatboy Slim was absolutely everywhere by the tail end of the 20th century, so it's no surprise that the producer ended up featuring on the FIFA soundtrack. 'The Rockafeller Skank' is an anthem for the ages, with FIFA utilising the song to the fullest.

The big beat bravado which earmarked Fatboy Slim's halcyon days suited FIFA to a tee, and the song still holds up today. And yes, it's called 'The Rockafeller Skank', not 'Funk Soul Brother'.

Someone in charge of the soundtrack at EA basically wanted a repeat of 'The Rockafeller Skank' for FIFA 2000. The result is Fatboy Slim's non-union, Mexican equivalent.

Actually, Apollo Four Forty are from Liverpool, and 'Stop The Rock' is an earworm for the ages. The tune truly proves that big beats were the best in the late 1990s, especially for FIFA.

By this stage, FIFA were beating people over the head with big beat. That being said, when Moby decided to sell all the way out after the success of his Play album, EA managed to secure the rights to 'Bodyrock'.

The fact that Moby recounts that his managers implored him to not put it on the album due to it sounding like Fatboy Slim says it all. However, there are worse things to sound like. Furthermore, the song samples Spoonie Gee and the Treacherous Three, so bonus points to Moby.

Big beat is dead! Long live big beat! EA finally decided to move away from big beat for FIFA Football 2002, again entrusting Damon Albarn to produce the goods. Although a complete departure from his Blur days, '19-2000' is pure, unadulterated funk.

The remix was borne from Albarn's desire to transform a song from the Gorillaz album into a crossover hit, with Ed Case's re-fix of 'Clint Eastwood' becoming an underground smash. It's safe to say the 'Soulchild Remix' will live long in the memory.

"Chill out, what you yelling for? Lay back..." and listen to one of the best songs in FIFA soundtrack history. The original is better, but La Rossa's mix is still excellent.

The soundtrack to FIFA Football 2004 could be considered the greatest in the franchise's history. The utilisation of older tunes from The Jam and The Stone Roses, Underworld's anthem for the ages 'Two Months Off' and the iconic intro soundtracked by Kings of Leon.

However, we're going to go for 'Jerk It Out' here. Although the song took on a life of its own after the game's release, it's indelibly linked to the franchise to this day.

The Streets - 'Fit But You Know It'

'Fit But You Know It' has a different relationship to the franchise than the aforementioned 'Jerk It Out'. Mike Skinner's project had already released one of the greatest albums of the decade two years previous with Original Pirate Material, but FIFA gave a new generation of kids an introduction to the Birmingham's prophetic son.

'Fit But You Know It' had some tough competition, with New Order's 'Blue Monday' shoehorned onto the soundtrack alongside Scissor Sisters' 'Take Your Mama'. However, for long-lasting impact (which 'Blue Monday' already had before being put on FIFA), The Streets win the day.

Another Swedish smash, but surprisingly not a noise rock anthem. 'Cobrastyle' is the song which can transport you right back to FIFA 06, more so than Bloc Party's 'Helicopter' and Hard-Fi's 'Gotta Reason'.

It helps that the song is utterly mad and you can't understand it at all. Either way, you'll be singing along to the chorus, even if you're saying "My style is the bomb-dididong-dideng-dideng-diggy-diggy" instead of the actual lyrics.

FIFA 07 probably has the weakest soundtrack of any FIFA game, so we've gone for Muse's 'Supermassive Black Hole' here.

FIFA 08 wasn't a complete return to form for the FIFA soundtrack, but it did contain a few gems.

One such gem is a whistler's favourite anthem 'Young Folks'. We don't know what they put in the water over in Sweden, but those folks sure know how to write songs for FIFA.

FIFA 09 was chockfull of absolute belters. We could talk all day about the good old days of Sam Sparro, The Tings Tings and The Veronicas all making an appearance on FIFA. Hell, even Duffy and Hot Chip found their way onto the soundtrack. 'The End Where I Begin' may low-key be The Script's best song.

However, if we're looking objectively, it has to be 'Kids' by MGMT. An indie anthem that will always slap, that bloody synth still hits.

Tommy Sparks - 'She's Got Me Dancing'

Now, there may have been better songs spread throughout the FIFA 10 soundtrack, but nothing elicits such childish glee quite like 'She's Got Me Dancing'.

Sure, Wyclef Jean is also on the soundtrack, but unless it's the Fugees or 'Perfect Gentlemen', we don't want to hear it.

LCD Soundsystem - 'I Can Change'

LCD Soundsystem's first song on a FIFA soundtrack was the seminal 'Daft Punk Is Playing At My House' from FIFA 06. Five years on, James Murphy's project had become the darling of alternative music.

'I Can Change' is a gorgeous song with an earworm hook to die for. It only just shades the likes of 'Tighten Up' by The Black Keys and 'Odessa' by Caribou.

Foster The People - 'Call It What You Want'

We're still waiting for the day that it's played ad nauseum on every radio station, because everyone deserves to be swarmed by it.

Kasabian, and we mean this in the nicest way possible, are the most FIFA-friendly band in the world. It is honestly a shock that they don't have a song on each FIFA soundtrack.

EA had to dig into the archives to fish out 'Club Foot' to add an extra dimension to their match experience, and it works an absolute treat. That bassline still gives us chills.

Disclosure - 'F For You'

The only black mark against the use of this song is that EA didn't secure the rights to the Mary J. Blige version. However, 'F For You' is an absolute banger.

FIFA 14, interestingly, is the first FIFA where we discovered that you could skip songs by pressing the 'Select' button. Never again were we subjected to 'The City' by The 1975.

'Busy Earnin'' is fun set to music. It's genuinely impossible to sit still whilst you experienced this tune on FIFA 15, which makes gameplay extremely difficult.

A special second place shout goes to Avicii's 'The Nights'. If you think it's difficult to still still when 'Busy Earnin'' is playing, it's even more difficult to play games whilst fist-pumping wildly.

Synth-pop at its shimmering finest from Years and Years, although FIFA 16 was one of the weaker years for the FIFA soundtrack.

The likes of Icona Pop and Swim Deep have highlights, but it isn't top-heavy with brilliant songs. Also, Bastille are the inverse to what we said earlier about Kasabian. It feels like they are genuinely in every FIFA game ever made.

'Youth' by Glass Animals is pure indie rock goodness. It's a testament to head-nodding and toe-tapping, with an atmospheric chorus to boot.

FIFA 17 again is a bit of a disappointment in terms of overall soundtrack, although Jagwar Ma and Sofi Tukker provide commendable highlights.

FIFA 18's soundtrack sees a marked return to an eclectic mix of genres and artists, with the likes of Mura Masa, Avelino, and Lorde all making an appearance.

For this one, however, we're going to go for Rex Orange County. 'Never Enough' tells a tale of lost love that really hits home, especially when the Grimsby Town board sells your star striker without your consent on career mode.

'Good To Be Home' might be the smoothest posse cut ever, with jazzy tones sweeping through the song that sits perfectly in the bastion of great FIFA songs.

Even with the likes of Billie Eilish, Gorillaz and Childish Gambino on the soundtrack, 'Good To Be Home' is a winner.

From the smoothness of 'Good To Be Home' to the grimy goodness of 'Where & When', EA are continually pushing the envelope when it comes to new soundtracks for FIFA. In the most recent edition, P Money's 'Where & When' is a brilliant grime track with enough attitude to fill Wembley.

SEE ALSO: This Could Be The Best Squad Building Challenge In FIFA 21 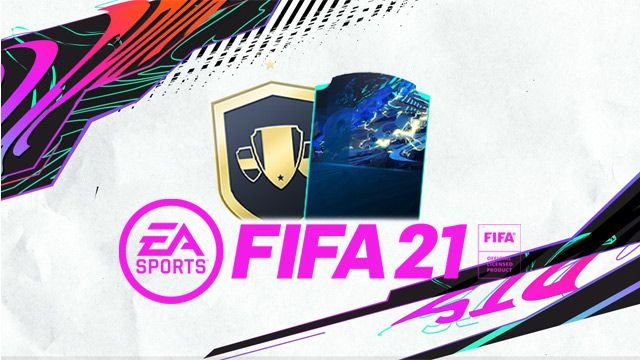 Gaming
2 years ago
By Mark Farrelly
New Penalty And Free-Taking System Revealed In FIFA 20 Trailer
Gaming
2 years ago
By Mark Farrelly
EA SPORTS FIFA Have Announced A Partnership With Liverpool
Football
5 years ago
By David Clarke
Latest FIFA 17 Trailer Reveals Some Significant Changes To This Year's Game
Popular on Balls
Football
7 hours ago
By Jonathan Byrne
"It Hasn't Happened, Has It?" Steve Bruce Not Happy With Manager Speculation
Football
8 hours ago
By Gary Connaughton
Gary Neville & Paul Scholes Have Differing Views On Mo Salah's Liverpool Future
The Rewind
8 hours ago
By Jonathan Byrne
How Father Ted's Over 75's Match Paved The Way For Squid Game
Football
9 hours ago
By Gary Connaughton
Quiz: Name Every Irish Player To Feature For Liverpool In The Premier League