You can never judge a game like FIFA with a week of gameplay, and while we acknowledge that three weeks is not truly enough to evaluate the state of this year's EA Sports FIFA release, we've now had a chance to play every mode that FIFA 17 has to offer and can give a good idea as to how the game has improved.

We'll break this review down mode by mode, because the reality is that Career Mode vs the CPU is a very different experience to Online Seasons, which in itself is very different to Ultimate Team, which is now by far the biggest aspect of the game and the primary area of focus each year.

Of course, it wouldn't be a FIFA 17 review if we didn't touch on 'The Journey', a hugely hyped new story mode that many have been calling for.

The first thing we need to ask when it comes to the gameplay is; does it feel different to FIFA 16?

This year the answer is comprehensively yes. We were told that the new Frostbite engine would provide a smoother and ultimately more realistic feel to the game, and to be honest, it does. It's not groundbreaking or game-changing, but everything is that bit smoother, and the graphics are sharper than ever.

The game looks and runs great, even the inevitable 'FIFA bullshit' looks fluid.

Shooting: There is a noticeable change in the shooting mechanic, with softer hit shots staying low and the ability to place low driven shots making finishing look and feel more true-to-life. Finesse shots are back in a big way and it's now possible to curl extremely satisfying Coutinho-esque shots into the top corner if given space.

Passing: Passing has been made easier, as FIFA 16 was very heavy on the interceptions. Now passing is quicker and and accurate, meaning one-touch passing is king and through balls have been given heavy emphasis.

Dribbling: Harder than ever. EA Sports want to end goals where you burst past four or five players with ease. Standard dribbling is near impossible although a number of skill moves are still effective.

Corners/Free-Kicks: Corners are absolutely mental. Goals from corner kicks are far more frequent due to the new targeted aiming system, but in all honesty, they look and feel great. You finally feel control over the outcome, although the goalkeeper AI needs to be patched, they're all over the shop. Free-kicks are confusing but ultimately the same, albeit more dramatic. Penalties are revamped and far more difficult. Training mode is mandatory.

A focus on a more passing-oriented game is a shift in the right direction, and makes for a more enjoyable experience. Ultimately, most would rather concede a goal where they have been passed to death than running through a team with a fast player, and the same goes for scoring goals even more.

The most noticeable changes are in the shooting mechanics and set-pieces, and for the first time in a while this game feels like substantial changes have been made.

Corners result in goals a bit too often, and player switching appears to be at it's most problematic for some time. We'll get into specific probelms with game modes later on, but there are definite drawbacks despite a leap forward in general.

Also, the 'Dab' celebration. Jesus Christ, every single goal you concede online you're getting dabbed on. A true sign of the game's demographic.

What's in this year?

Finesse shots, midfielders with high passing stats, shots across the keeper to the far post.

What's out this year?

I am comfortable with saying that FIFA between two mates on the same sofa is the best it has been in a long time. FIFA 17 is defintely fun to play vs a human opponent and the addition of the ability to immediately play a second leg with away goals is a much needed masterstroke.

If you are considering getting FIFA 17 because you or someone you live with has a PS4/Xbox One, then buy it, you won't be disappointed. 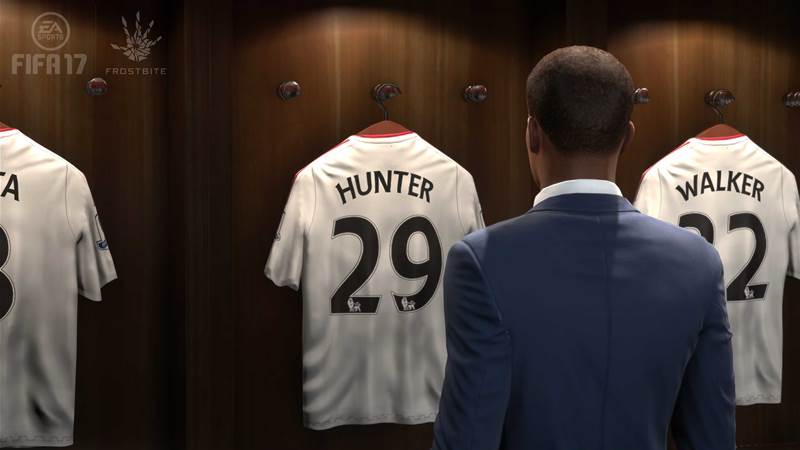 Right. The big new selling point, the 'back of the box' feature. A story mode, akin to the great NBA 2K's MyPlayer, The Journey promised to offer an immersive storyline where you guide Alex Hunter on a road from being a nobody to a Premier League superstar.

And I think it's underwhelming. For all it promised, it seems lazily done, with many questionable decisions making the experience more of a grind than anything, and something that, by design, expires in a short timeframe.

The idea is good, but as the CPU AI remains completely braindead if you try to control one player on the pitch, it hasn't improved enough to warrant a story mode in all honesty. Gaz Walker is a dickhead, and the cheesy tweets that pop up before and after every match wouldn't ever possibly be sent from a footballer.

I chose to play with Bournemouth because I thought kicking Zlatan out of the team would be too unrealistic, but then Eddie Howe signed Harry Kane, and I was off on loan to the Championsip... This happens in every scenario, and it's stuff like this that makes it all a bit too far-fetched. Like the movie 'GOAL!', a good idea, just trying too hard. 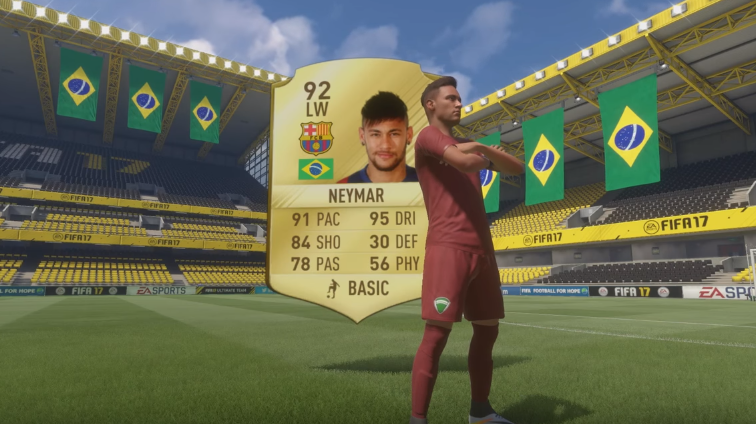 EA Sports' cash cow that continues to grow and grow, Ultimate Team is the most popular way to play FIFA, with the majority of the online scene focusing on building squads from different leagues using in game coins and opening packs of player cards with real cash.

It's addictive. I can happily kill two hours builing a La Liga side on the cheap using the transfer market, and then only play a single match with them before moving on to something else. Online Divisions offers a challenging yet achievable goal of reaching Division 1, and if you don't quite have what it takes to make it there, then you will inevitably find your level along the way.

FUT Champions is a new feature, and is the single most stressful experience I have had playing a football game. In order to qualify for the 'Weekend League' a shark-tank where for the best rewards you are expected to play a staggering 40 games in a single weekend (and win 36 of them for feck's sake), you must win a tournament during the week. That means the only players available to play in the Weekend League are tournament winners, and the sweatiest, least sporting players online. Expect to come up against utterly ridiculous teams featuring the best players money can by, and the shittiest, park-the-bus, win-at-all-costs tactics from your opponent.

Although on the brightside, it makes playing FUT Draft and Divisions games on the weekend much more enjoyable.

The addition of board targets and goals is welcome, but ultimately, Career Mode players have been left in the cold once again. There's just nothing to keep you coming back and playing. The CPU gameplay is so mundane, and in adding the new 'shielding' button (L2/LT) they have given the computer more ways to hold onto the ball, something they do with far too much ease on higher difficulties.

Professional is too easy, but World Class is an uphill struggle, Career Mode needs a true change of direction, more than asking me to sign a big player to sell more shirts.

While there hasn't been too much change to the core gameplay or in fact the mode itself, the addition of customisation in designing a club's kit and badge is great to see. Something I never saw coming, it's cool to have something like this in a FIFA game.

The way you assign points to your Pro is improved, and is now part of a much more clear and believable progression system. Pro clubs is outstanding if you've got a group of friends with a PSN/Xbox Live account.

Almost no change at all, it's crazy to think that what was once the most important aspect of a new FIFA game is now the forgotten step-child. Ultimate Team has distracted so many from playing the actual, genuine FIFA game against a human opponent online, that it has just remained the same. It seems that nobody wants to just play FIFA against someone anymore. You'll still find a game, mind. 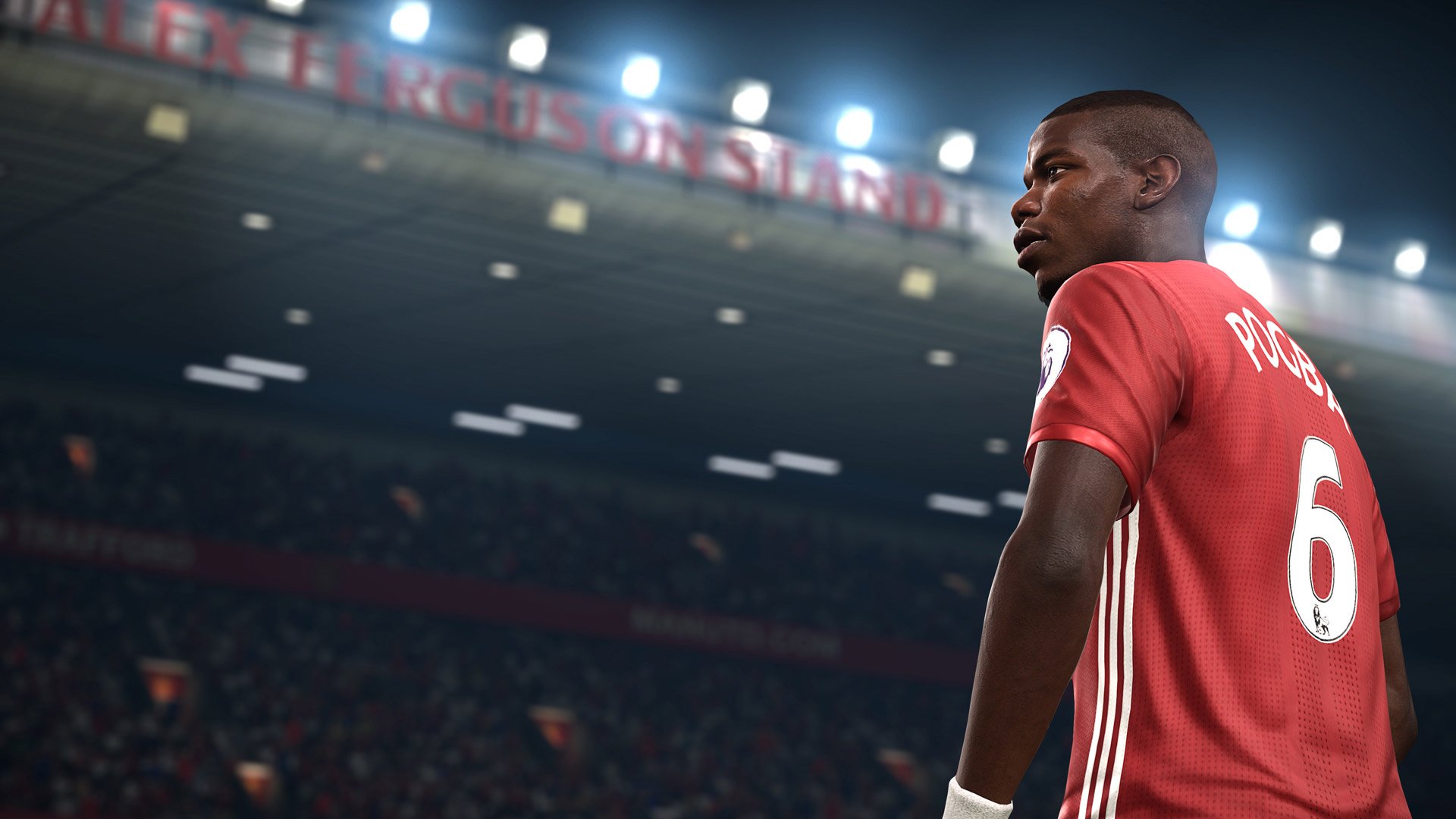 FIFA 17 is, taking all things into consideration, the best version of the game in years. The last time I remember feeling as enthused by the new game this much was for FIFA 13, so I will say that it is the best since then.

This is what FIFA on a Playstation 4 or Xbox One should feel like. It is definitely a step in the right direction.

Is it better than last year?

Yes, comfortably. FIFA 17 is both more accommodating to the new player/casual fan with less severity in the passing and with more comfortable shooting, while experienced players have many new tools to utilise and master.

How good is it?

It's good. It's not the 'best footy game ever' like the lazy review in the adverts from someone who played three hours of the game in July will tell you, but it's an improvement on last year, and a big one at that. There are drawbacks and issues, as with any game, but at the end of the day it's a very solid effort and good enough to keep you coming back for more because it is fun.

A title contender. If we had to compare it to a Premier League team, FIFA 17 would be Arsenal. It talks a big game, and it looks great when things are going well, but you can't help but feel there's always room for improvement at the end of the day.

Gaming
3 weeks ago
By Jonathan Byrne
The Congolese Bundesliga Winger Who's Grown A Cult Following On FIFA
Gaming
1 month ago
By Gary Connaughton
What Real Irish Places Are Featured In Assassin's Creed Ireland Expansion?
Gaming
1 month ago
By Sean Meehan
Insane Fourth Quarter Settles Bizarre Tune Squad And Monstars Contest
Popular on Balls
Football
18 hours ago
By Emmet Bradshaw
Sadlier And Hamann Absolutely Nail Football's Backward Concussion Attitude After Pavard Collision
Football
19 hours ago
By Emmet Bradshaw
Keane And Vieira's Discussion On Pogba Was Summed Up By His Performance Against Germany