With every new FIFA that gets release, there are always suggestions on what team you should take over and lead to glory.

For FIFA 21, the usual suspects like Ajax and Newcastle were flouted. Others like the upstarts at RB Leipzig or the return of Leeds United to the Premier League were the choice of some.

Here's the thing; they're too easy.

There's no challenge in having a multi-million euro budget at the beginning of your FIFA 21 career mode. If your wonder kids aren't starting their careers at 60 overall, you're living a privileged existence.

In FIFA's career mode, you have the ability to journey from the lower reaches of the English Football League to Champions League glory, and therein is where the challenge lay.

Okay, there are two routes you can go down here: stick or twist.

Both are tough, but twist involves utilising the 'Swap Teams' feature to put the game's 'worst' team in League Two (this is down to star rating and budget).

If you stick, you merely choose the 'worst' team in League Two, which is changeable due to squads changing amidst transfer windows.

The team of choice if you stick is: Barrow

If you twist, you swap the worst team in League Two with the definitive 'worst' team in the game, which at the moment is: Finn Harps

The objective is simple: take either team to Champions League glory.

The task is tough, but not impossible. An FA Cup or League Cup win in the first two seasons will lead to European football and a further chance of glory.

Feasibly, you could win the Champions League whilst in the Championship. Listen, you'd be the best career mode player of all-time, but it's possible if you win the Europa League in League One.

The challenge is also brilliant to do with your mates.

You can easily track and see who's doing better than most, with coyness over unearthed gems and brashness over giant-killings a must.

Just ensure before you start that all of the parameters are the same for everyone; same difficulty and match lengths are must-haves if the communal career mode is to go off without a hitch.

Also, playing it with friends means that you can see all of the potential journeys that could have occurred when you start at the same point.

You all start with the same squad of players, yet from the first day of your career mode, different stories play out for each person.

It can also lead to attachments to players and future superstars in equal measures. The unearthing of Kylian Mbappe-Lottin (to give him his full title) on FIFA 16 is remembered as fondly as SpVgg Unterhaching's Sascha Bigalke from FIFA 19 or Finn Harps' Sam Todd in FIFA 20.

So, if you want a challenge on FIFA 21 career mode, you've come to the right place.

Get to grips with Barrow or Finn Harps and start your adventure. 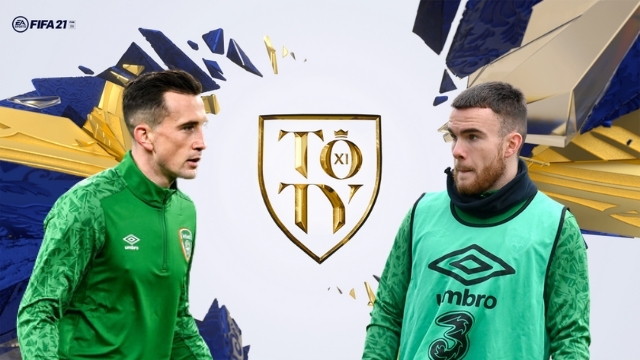