Everything You Need To Know About Tom Clancy's Ghost Recon Breakpoint

With Tom Clancy's Ghost Recon Breakpoint available to buy right now we thought we'd delve into the gameplay and explain everything you need to know about the latest instalment of the much-loved series.

What is Tom Clancy's Ghost Recon Breakpoint About?

The Tom Clancy Ghost Recon series is a tactical shooter game that has been enthralling gamers since 2001. Each game centres around a fictional US Army Special Forces Unit whose members are referred to as "Ghosts." Ghost Recon Breakpoint is the 12th game for the franchise and follows on from the storyline in 2017's Tom Clancy's Ghost Recon Wildlands.

However, you don't need to have played any of the previous games before jumping into 'Breakpoint.'

The storyline is set in the South Pacific island of Auroa, home to some incredible and varied landscapes and also to the headquarters of Skell Technology. Skell Technology’s mission was to eliminate food shortages and solve world hunger through the development of AI and autonomous drones but all is not right on the island and when your team of 'Ghosts' try to investigate they are shot down by a fleet of deadly drones.

Your character is Lieutenant Colonel Anthony "Nomad" Perryman a spec ops soldier who survives the intial attack and crash-lands on the island. You’re highly skilled, tactically astute and tough as nails - the only problem is that so is your enemy. In fact, they’re also a group of Ghosts, known as The Wolves, who have taken over Auroa and reprogrammed the drones into deadly killing machines.

The Wolves are led by the rogue Cole D. Walker, a character voiced by Jon Bernthal, who you'll recognise from his roles in the likes of The Walking Dead, Fury and The Punisher.

As the story unfolds, Nomad and the rest of the surviving Ghosts are continuously hunted by The Wolves and their advanced fleet of technology. You must use your skills and the varied island terrain to your advantage if you are to stay alive long enough to figure out Walker's motives and put a stop to his plans.

The incredible online open-world setting features mountains, jungles and much more, and it allows you to complete the story either on your own or with your friends, with the jump in jump out co-op system enabling players to save and maintain character progression at all stages and throughout each of the various game modes.

Aside from the main story, Ghost Recon Breakpoint also features a variety of PvP modes available at launch, including the new Ghost War. A 4v4 game played on maps especially designed for multiplayer battles that grow more intense as the playable map closes in around you. You’ll need to move quickly, be bold and stay aggressive.

Post-launch the downloadable content will keep coming every four months, including ‘Raids’, a much loved Tom Clancy four player co-op mode that will be set on different islands, offer new storylines and keep players enthralled over the coming year. 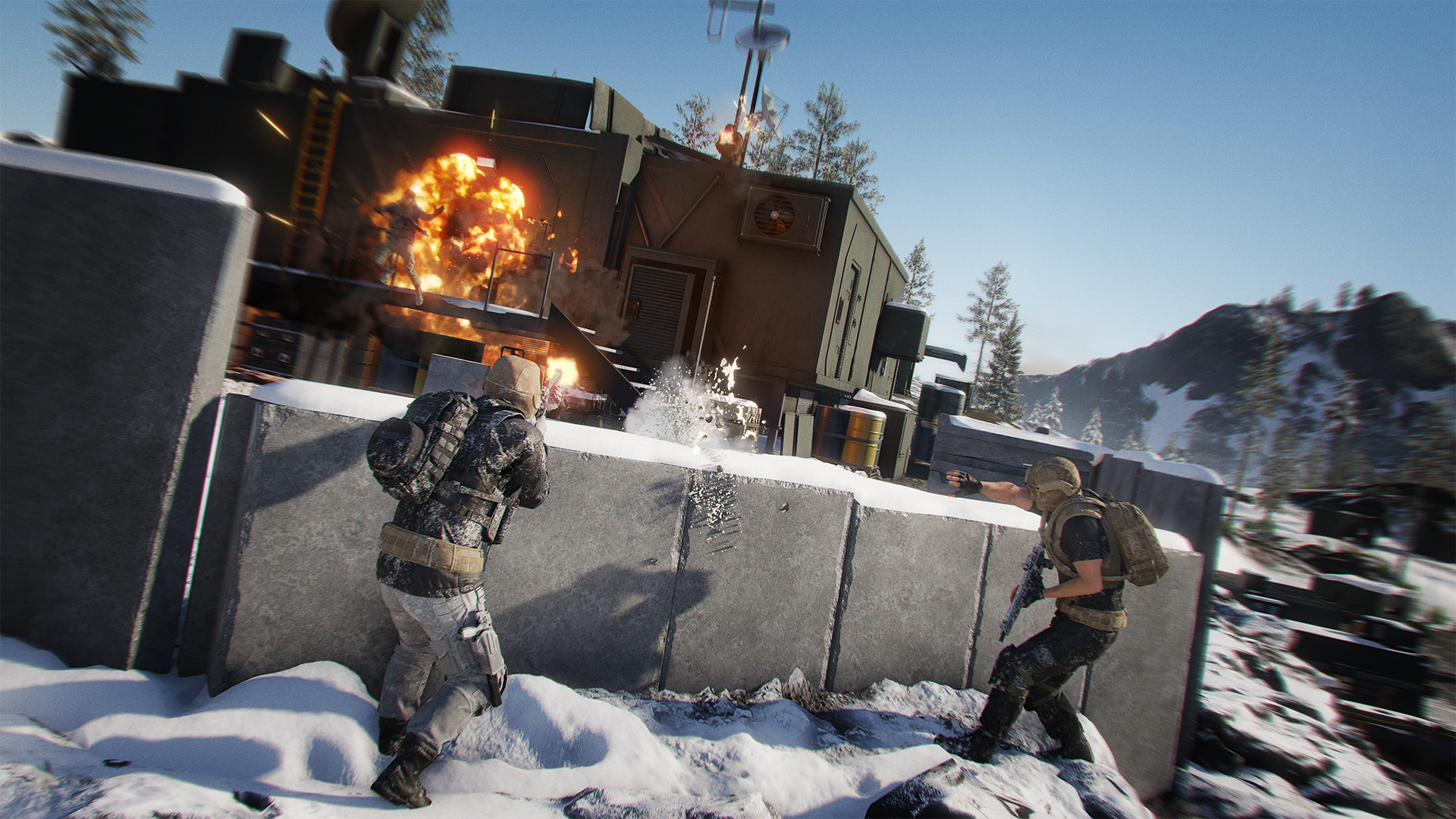 Choose the Best Ghost Recon Breakpoint Class for you

'Breakpoint' offers you the chance to not only customise your Ghost’s appearance but you’ll also choose from four different Ghost classes, each with their own set of special skills and combat gear.

The Assault class specialise in direct assault and given they’ll be frequently in the firing line they’re equipped with extra health and injury resistance. If you’d rather strike from afar with a sniper then the Sharpshooter class is right up your street, coming equipped with high-penetration bullets and the ability to control your breath for longer while aiming.

The Field Medic class is an incredibly important member of any squad, with an ability to revive and heal teammates through their healing drone, while also using their medical kit to heal themelves faster than others.

Or maybe you prefer the stealth capabilities of the Panther, who can move and disappear from the line of fire with the speed of ... well, a panther.

No matter which class you choose, you’ll have to contend with not only human enemies but also the futuristic technology The Wolves are utilising to try and stop you in your tracks. Each troop class also has their own unique equipment to help counteract deadly drones. 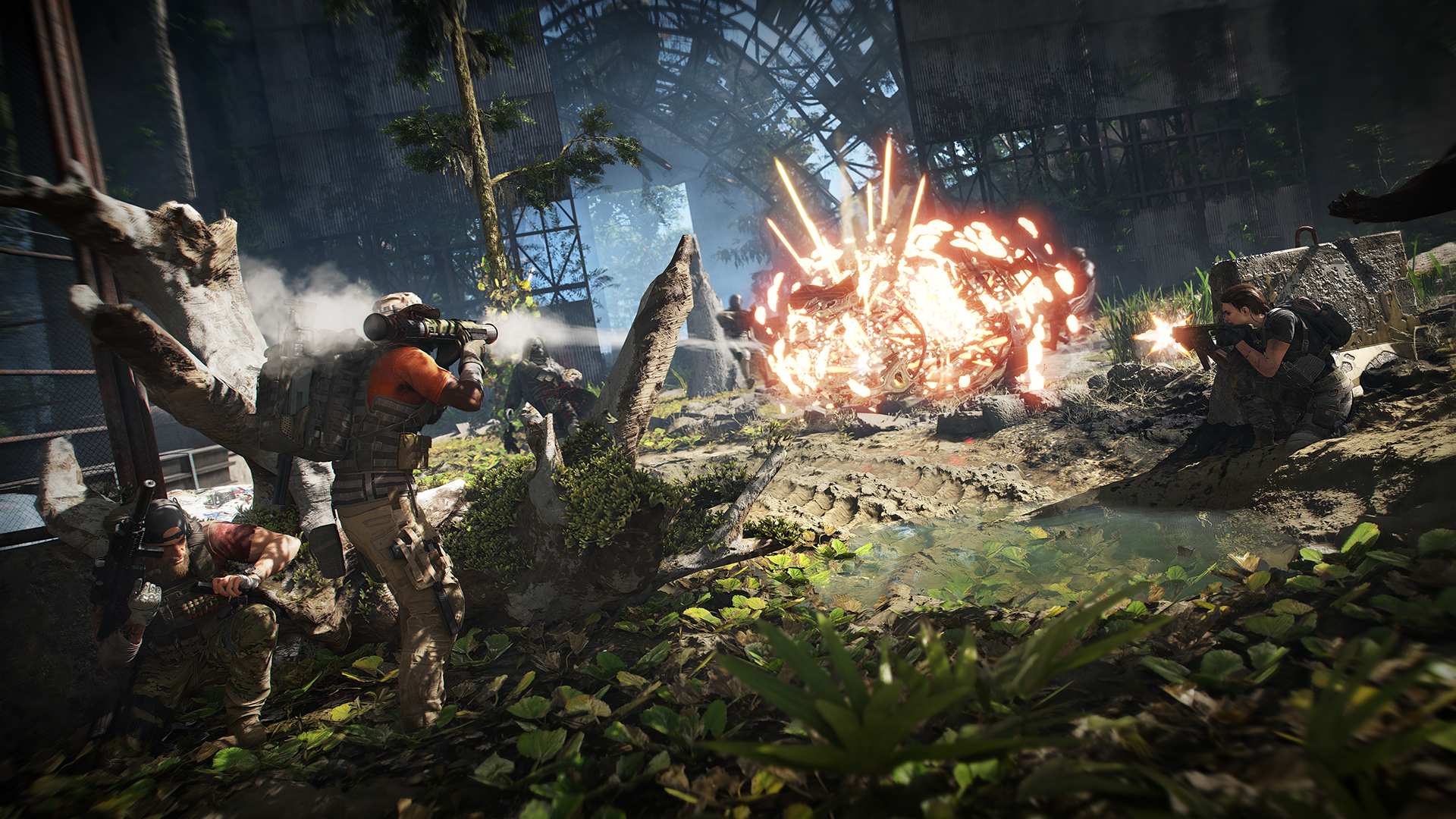 Tip and Tricks for maximising your gameplay

While there are countless ways to improve your skills and get the most out of your character we've picked four simple tricks to help you hit the ground running right from the very start:

How to change classes

For many players it will take time to discover which class suits them best and thankfully you can easily change between your unlocked classes. To change between classes, you need to visit The Bivouac, a temporary camp where you can switch classes, replenish your supplies, upgrade your weapons and much more.

How to blend into your surroundings

The prone blending system is a new feature to the Ghost Recon Breakpoint series and is really useful for evading both enemy drones and humans. Whether you're being targeted or you want to set up an ambush, drop into crouching position by pressing the Square/X button and then hold it again to camouflage yourself into your surroundings.

How to use your drone

Tom Clancy games are brilliant for their use of high tech weaponary and with Ghost Recon Breakpoint they've taken it to the next level. While you have to contend with the prowess of the Skell drones, your own drone is also an invaluable asset.

After receiving it early in the game you can use your drone to scout enemy territory, gather intel and help your friends in co-op. To activate your drone simply press the 'Up' direction button and follow the on-screen instructions from there.

How to hold your breath

Holding your breath while aiming is a brilliant way to increase your chances of headshots etc. particularly when using a sniper rifle. To do so, hold the left trigger to aim first and then slightly release it to take a gasp and steady your weapon. Once you hear your character's heart beating you'll know you're in the zone. Also, if you're playing as the Sharpshooter class then you can hold your breath for longer, thus increasing your aiming ability.