The Top 5 Rugby Union Video Games Of All Time

Now, there hasn't been many in the genre, in fact we would argue that there have been criminally few Rugby games in the recent history of video gaming, but never the less there have been some good ones.

Since EA Sports gave up hope, there's been very little to hold attention spans for more than a few exhibition matches, but that just serves to make us more nostalgic about what we once had.

So here is our countdown of the best ever Rugby video games. 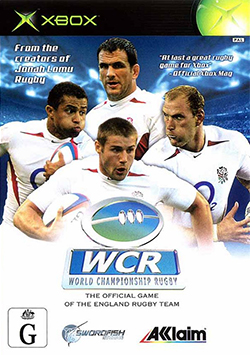 Released in 2003 for Xbox and Playstation 2, World Championship Rugby was never meant to be "the answer" in terms of rugby games, which perhaps is why it wasn't absolutely torn apart by critics. Instead, with it's comically oversized graphics, fast gameplay, and fake names for certain teams, WRC was actually a bit of a laugh. The scrum and line-out mechanics were fun, you could edit the Ireland players to have their real names, and the graphics meant you never took the game too seriously. There was no real depth to it, so if you paid full whack, well, you should have waited for the price to drop, but it was fun. 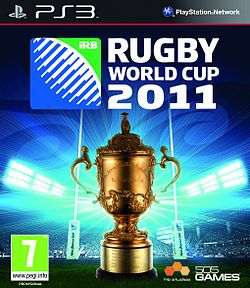 Basically a re-skinned Rugby 08 with the most marginal of graphical upgrades for PS3, Rugby World Cup 2011 was a let down. Excitement was widespread among rugby fans because finally we had a game on a "next-gen" system like the PS3, but absolutely no innovations were made and the game mechanics were all too familiar. That said, Rugby 08 was a very good game, so hardcore rugby fans did enjoy RWC 2011, but it just wasn't what it should have been. 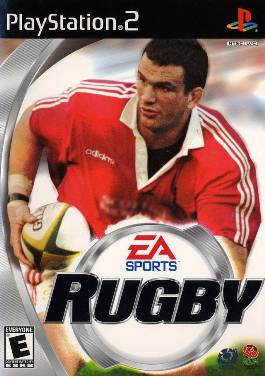 What a lovely surprise this was. The Playstation 2 was still a relatively new console, but it's promise was beginning to show, and in the summer of 2001 rugby fans were thrilled to see the release of a rugby game on a modern system. Despite having Martin Johnson's ugly mug on the cover, this game was fantastic fun. The passing system was almost flawless, the graphics were sharp, the kicking game was incredible fun, but above all else the camera angle of being behind the attacking team was revolutionary, and many still insist on using that camera in the more modern titles. Eric Elwood was an absolute beast in it as well, so that was nice. 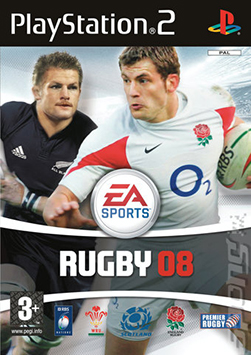 After the promise of Rugby 2004, the second rugby game on Playstation 2, there was a certain frustration in how little the series had improved with the release of Rugby 2005, and Rugby 2006, both of which didn't really bring anything new to the party. A decision was made to skip Rugby 07 and put another year of effort into the development of Rugby 08. It worked. Rugby 08 was the most complete rugby game we had seen to date, and is actually still played by rugby fans today. The graphics were decent, the gameplay was the best that we had seen so far, and there were enough game-modes to actually justify coming back to play it time and time again. For some reason, probably money (definitely money) EA Sports decided to axe the series after 08. 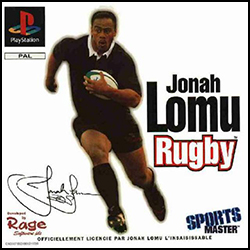 The daddy. The first big rugby game to come to home games consoles was Codemaster's Jonah Lomu Rugby, and it was received with almost unconditional love. It was a major developer's first go at a rugby game, and they nailed it. The passing system was genius, the graphics weren't terrible, and it just played so well. Perhaps the most charming aspect of the game was the colour commentary, provided by legendary commentator Bill Beaumont, featuring such gems as:

Of course, you had to put a ban on New Zealand, because Jonah himself had been given super-powers to the point where he could demolish an entire team simply by holding the shoulder buttons and doing a hand off, but then again, that wasn't THAT unrealistic back in 1997.

Here we are 20 years later telling everyone who will hear us how great Jonah Lomu Rugby was, if you would like to hear more, you can check out our reasoning why we believe it might be the greatest game ever: