Which led us to think, what other sports games are due for release soon? Typically the end of a year is busy with big releases.

So if you're waiting for new editions of the likes of PES or FIFA, or even something more niche, here's all the releases to keep an eye on.

It's the end of the Pro Evolution Soccer namesake, as PES has now rebranded to 'eFootball'. The new game is now free to play and is using Unreal Engine 4 for the first time.

What can we expect? It's not widely known if eFootball will have the rights to all the teams and leagues, but they have guaranteed the likeness of teams such as Barcelona, Bayern Munich, Juventus, Manchester United and Arsenal.

eFootball is being released days before FIFA, and the free to play nature is obviously an effort to create it's niche in the market. You'll be able to play a number of game modes, with cross-platform use being banked on for success.

The highly anticipated new rendition of FIFA will come out on October 1st. It's debuting a new 'Hyper Motion' technology to make this version the most realistic ever.

People know what to expect with FIFA's of late. FUT or Ultimate Team is a huge draw to the game, along with the classic Career Mode and a teased Online Career Mode.

In FIFA 22, you can expect even more teams and stadiums, as well as the option to create your own club from scratch; from crest and kit to stadium and home colours. For more - we have all you need to know about FIFA 22 here.

Lots of enjoyment can be got from the NHL game franchise over the years. This year's iteration will see 'Dual Entitlement' to be able to play between Playstation and Xbox consoles.

The NHL 22 game will see the use of a new 'Frostbite' engine to bring better graphics and overall realism. There's also a 'Superstar X-Factor' feature to customise your own player.

Overall, this game is aiming to make the play more fluid, with better hitting, passing and block motions being featured. It'll also feature the new Seattle Kracken franchise in the league.

This might be a first for most unless you're following gaming channels or release articles. 'Riders Republic' is like a hybrid of SSX, BMX and .. skydiving? It's a big bag of tricks.

You compete against more than fifty others online in a type of Fall Guys race which looks like utter chaos. The backdrop is a slew of American national parks like Yosemite and Mammoth. Looks like it's worth a go.

Seen as this game isn't set for release for almost two months, we don't know too much about the latest edition of Football Manager. If last year is anything to go by, there'll be hope for more improvements this year.

Last year's game saw the introduction of much more statistical heavy content like xG data and match analysis. Graphics related to the gameplay saw a big enhancement too.

An unfortunate absence from this year's game is the rights to Manchester United, who could be known simply as 'Man U' in the game. Game experts expect more details to be revealed at the end of September. 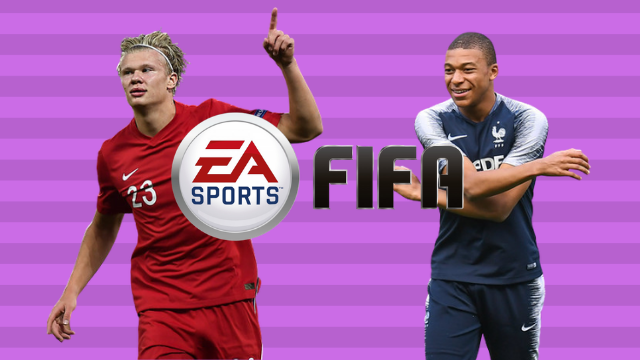 Gaming
2 weeks ago
By Luke Delaney
EA Sports Split With FIFA And Confirm Name Of New Football Video Game
Gaming
2 months ago
By Jonathan Byrne
FIFA 23 To Welcome Back World Cup Mode And Other New Features
Football
3 months ago
By Balls Team
14 Reasons Why FIFA 98: Road To The World Cup Was The Best Game Ever
Previous Next