EA Sports have announced FIFA 19 TOTW 25, and it is definitely one of the best yet. After some cracking performances throughout the European leagues over the weekend, there was no shortage of options for inclusion.

A number of Premier League players have made the cut, and Virgil van Dijk is definitely the first name that will catch your eye. The Liverpool colossus has been included after another dominant performance at the back in his side's 0-0 draw at Everton, while Romelu Lukaku has also been rewarded for his return to form.

From the Bundesliga, Robert Lewandowski has been given an incredible in-form item after his brace on Saturday. Gerard Pique and Gianluigi Donnaruma are the other standout inclusions in what could be the best squad we have seen in FIFA 19. 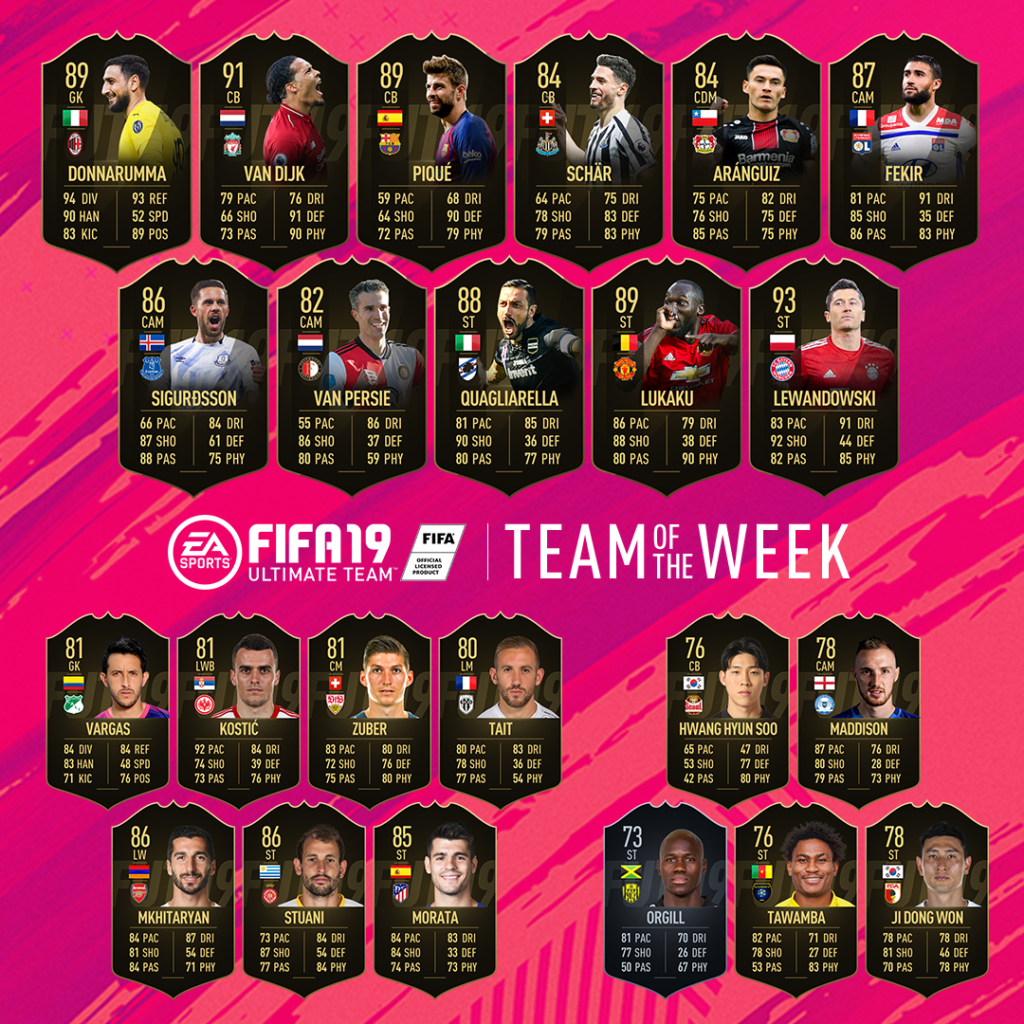 Lewandowski is the highest rated player, boasting a remarkable score of 93 OVR. With those stats, he definitely won't miss too many chances.

Virgil van Dijk is another amazing card up for grabs this week, and he will be an absolute monster at the back. His mix of pace, strength and defensive stats will make him a nightmare for opposing attackers, and you can be sure he is going to fetch a ridiculous price in the transfer market.

Romelu Lukaku's 89-rated edition is sure to be a popular choice, while Gylfi Sigurdsson, Fabian Schar and Henrikh Mkhitaryan are the other Premier League players on offer.

There are a couple of strong items from Serie A, with Gianluigi Donnaruma and Fabio Quagliarella being given some cracking cards.

Gerard Pique is the sole Barcelona representative after their El Clasico victory, with the Spanish defender putting in a fantastic display in the 1-0 win.

Football
10 months ago
By Gary Connaughton
The Balls.ie Football Show Quiz: Which Player Was Rated Higher In FIFA 12?
2

Gaming
10 months ago
By Gary Connaughton
Watch: Jordan Henderson Was Raging With One Aspect Of FIFA 20 Rating
Previous Next