It seems like only yesterday that we were all debating conspiracy theories about meteors and Tilted Towers getting destroyed in season 4 of Fortnite but now we're all starting to wonder when is Fortnite season 5 and what might happen in it. We've got the official Fortnite Season 5 release date and some rumours about what you can expect.

Fortnite Season 5 will launch at 8am on July 12th (thankfully a rest day in the World Cup). This isn't a rumour, this confirmed by Epic Games community coordinator Sean Hamilton on Reddit. He also revealed that there will be +100% match XP weekend happening from today. Here's what he said:

Season 4 is coming to an end! We want to give you a heads up on the exact ending time. You may have seen the timer update in-game, which means we are giving you two more days to complete Season 4! Season 5 will begin on July 12th at 4 AM EDT (08:00 GMT).

What will be in Fortnite Season 5?

So the first thing everybody is expecting is that the rocket hidden in the secret layer on the west side of the island is going to take off. However this is expected to happen before the end of season 4. In fact it could well happen today, Friday 29th of June.

The rocket is predicted to stay up in the air for the remainder of the season before crashlanding on the map, much like what happened with the meteor in season 4. Where it's going to land is the big question, with some people saying it will be Moisty Mire and others predicting Wailing Woods.

One thing that has transpired in recent days though is that some players found a glitch in the replay system of one of the game modes, which had a thruster of the rocket lodged in Anarchy Acres. Interesting! Here's Ali-A pointing it out. 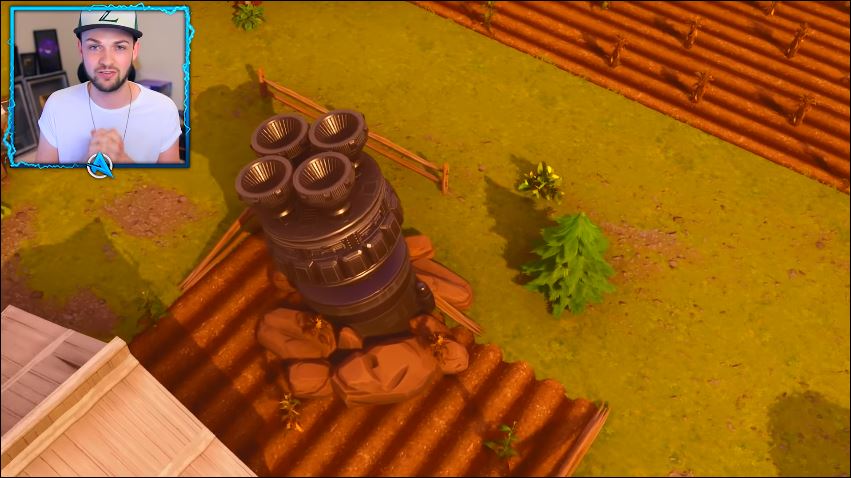 Now aside from the rocket there are also big rumours about a possible 'leviathon' appearing the game - a sea monster that has already left its mark on the island. This could have came from inside the meteor in Dusty Divot or indeed from the mire in Moisty Mire. Already we can see a footprint it has left in the southwest of island, near Greasy Grove, and some theories are saying that he will destroy parts of Tilted Towers. Although I'm taking that with a large pinch of salt.

On Forbes.com they are also reporting the possibility of a LTM where teams of 50x50 have to try bring the leviathon back to Moisty Mire.

Anyhow all these theories only lead up to setting the scene for season 5 but if they are to believed then Moisty Mire, as we know it, could be no more! Here's the full video from pcgamer.com talking through the theories they have read: