Where Is The Haunted Castle In Fortnite? New Location Revealed

Fortnite season 6 is here! The new season is officially live and we're all obviously very excited. With it, it brings new features, such as pets, a new consumable called Shadow Stones and a number of new locations. These locations are the Floating Island, Corrupted Areas, Corn Fields and the Haunted Castle. If you're wondering where is the Haunted Castle in Fortnite then look further. We've got everything you need to know right here.

Where is the Haunted Castle in Fortnite?

So unsurprisingly the Haunted Castle is situated right next to Haunted Hills. In fact it's so big you can't possibly miss it. It's literally the massive castle on top of the mountain to the east of Haunted Hills. It looks feckin' mental. Beware though, if you land there today you're probably going to die with 30-60 seconds. However on the otherhand, should you get a gun first then you have a chance to rack up a large number of quick kills.

Here's YouTuber Cizzorz landing there early in the release of Season 6. 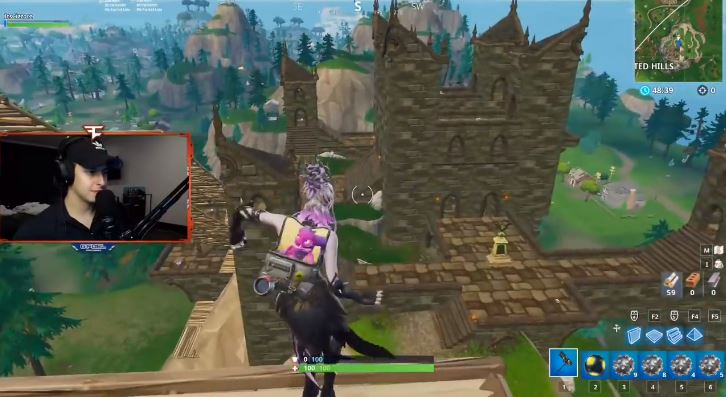 Also you need to be careful to not fall down the side of the mountain either. We've all suffered that fate with the Viking mountain added in Season 5. [Insert shifty eye emoji here]. Other big changes to the new season include a reduction in the gap between storm circle changes in the latter stages of a game. While the wait time has been reduced from Storm Zone 4 onwards, the actual speed the storm moves at will be slower, so it will be interesting to see what impact that has on the game.

Anyhow best of luck with Season 6, get that Battle Pass going and be sure to check back in here if you need any help with completing any of this season's challenges.

Also Read: How To Play Golf In Fortnite: All You Need To Know

Gaming
2 years ago
By Mark Farrelly
Here's How To Fish In Fortnite And Everything You Can Catch
Gaming
2 years ago
By Michael McCarthy
Fortnite Champ Raided By Armed Cops After Hoax Call
Gaming
3 years ago
By Gary Connaughton
Epic Games Announce Release Of Amazing Fortnite NFL Skins
Popular on Balls
Football
2 days ago
By PJ Browne
Ireland's Lee O'Connor Says It Was An 'Easy Decision' To Leave Celtic
Football
1 day ago
By Eoin Harrington
Quiz: Name Every Player To Score In A Champions League Final
Rugby
23 hours ago
By Colman Stanley
Roy Keane Made Quite An Impression On Eddie Jones And The England Rugby Team
52