10 Years On, The Augusta Nightmares Continue For Rory McIlroy

The world of Irish sport has rarely seen a greater implosion than that of Rory McIlroy at the 2011 Masters.

McIlroy has since credited that infamous collapse with helping him to kick on to win that year’s US Open. But, 10 years on, the love-hate relationship between Rory McIlroy and Augusta has not let up and it was more disappointment this week, as he failed to even make the cut at this year's Masters.

Let’s rewind the clock to that 2011 tournament. This was easily the peak period of Irish interest in golf. The 2006 Ryder Cup was held at the K Club in Kildare, with Irishmen Padraig Harrington, Paul McGinley and Darren Clarke all on the European team. Harrington would go on to win three majors in the following two years, while Northern Irishman Graeme McDowell took the 2010 US Open title.

The 2010 Ryder Cup again saw three Irishmen on the victorious European team, with Harrington and McDowell joined by an exciting 21-year-old called Rory McIlroy. McIlroy’s stock continued to rise over the following year, and he was among the favourites by the time the 2011 Masters Tournament rolled around.

The hype appeared to be justified, as the man from Holywood – the small town just outside Belfast, not that other one in LA – recorded a sensational 12-under-par through the first three rounds to go into the final day 4 shots clear at the top of the leaderboard.

His implosion on the final day was nothing short of spectacular, as he triple bogeyed the 10th and double-bogeyed the 12th hole on his way to an 8-over-par 80 and a tie for 15th place. It was a baptism of fire for the youngster and the image of his misfire from the tee box on the 10th hole is one of the most iconic and infamous of his career.

Credit to him, he bounced back at the first opportunity, claiming a dominant win at the second major of the year, the US Open.

He scored a sensational -16 to finish 8 shots clear and take his maiden major championship – it looked as though he had used the awful experience of Augusta as motivation. There was a sense that this was the beginning of something truly special.

Another major win came the following year at the PGA Championship, before his annus mirabilis came in 2014, with two consecutive major wins at the Open Championship and the PGA. He was also a member of Europe’s Ryder Cup-winning teams in 2012, 2014 and 2018 and has remained there or thereabouts at the top of the World Rankings over the course of the last decade.

But there is one hurdle that McIlroy has never cleared. After that 2011 collapse, it would take him seven years to be in contention again going into the final day. In 2018, he went into the final day just 3 shots off the lead in second place – before recording a 2 over par in the final round and finishing 6 shots off winner Patrick Reed.

Last year’s tournament is perhaps a perfect example of the classic McIlroy Masters performance. He struggled in the opening round, finishing 3 over par – before recording consecutive sub-70 rounds to finish tied 5th. He has a frustratingly consistent performance at Augusta of recording at least one sub-standard round each year that removes him from contention.

Rory McIlroy hit his dad with an errant approach shot on No. 7 during the first round of #theMasters pic.twitter.com/uEle8iqeyR

And then we move on to this year, and yet another disappointing performance from McIlroy at Augusta.

This may well have been his most forgettable appearance of all at the famous tournament. The most memorable moment of his two rounds will surely be hitting his father with an errant shot on Thursday afternoon. He faded into obscurity fast and missed the cut on 6 over par.

Are the demons of 2011 still haunting Rory at the Masters? It’s impossible to say but it is clear that something is not clicking for him. There is almost a jinx surrounding the tournament for the Northern Irishman – every year, he seems to enter the tournament as one of the favourites, but the stats don’t lie. He’s turned in consistently disappointing performances at the biggest Major of all – and even at the other three, he has no wins since the summer of 2014.

The Masters is the final hurdle between Rory McIlroy and a “Grand Slam” of golf majors, but after this year’s performance there are many questioning just what needs to happen for him to complete the set.

It is now not just a Masters hoodoo, but a majors hoodoo. Next month’s PGA Championship is his next chance to break his 7-year duck at the major championships, but most fans will simply be frustrated that yet another year and yet another shot at the Green Jacket has passed McIlroy by.

But you can bet that, by the time the Masters roll around again, everyone will have forgotten this year’s disappointment, and the hype will yet again be about McIlroy. We just hope that he’ll finally get it right at Augusta, but the wait for a Green Jacket – for now – goes on.

SEE ALSO: The Official Masters App Might Just Be The Greatest App Ever Made 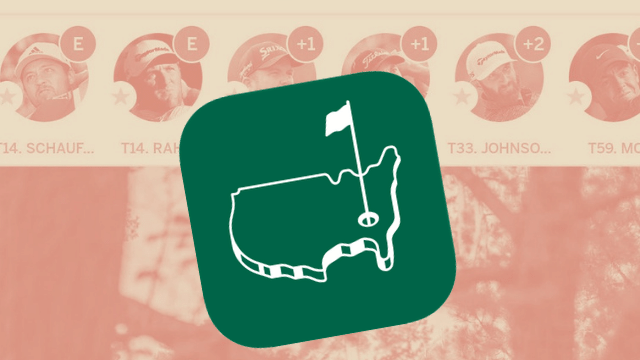