We've got a long history of bandwagoning in this country, that had a new entry this morning when the Irish women's hockey team were playing for a place in the 2016 Rio Olympics. Unfortunately the result didn't go the right way for Ireland, but offices around the country were tuned into the livestream online backing the girls in green as they pushed the higher ranked China all the way in a narrow shootout loss.

Here is the comphrensive history of Irish bandwagon jumping: 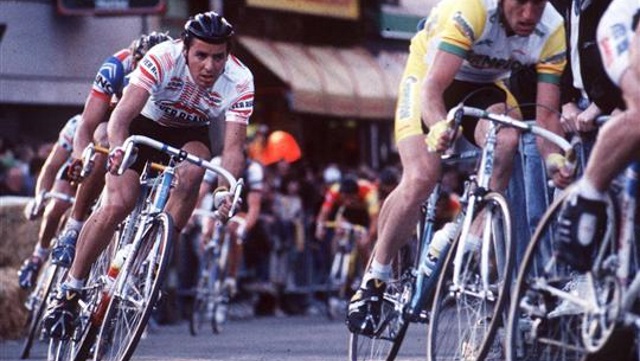 Ireland in the late 1980's was a strange place. Economic problems from the late 70's lead to mass emigration, and the people that were left were looking for an uplifting story. Enter Stephen Roche.

Sean Kelly had had success in the grand Tours of cycling in the sprinting classifications, winning the green jersey in 1982, 1983 and 1985 which lead to an increased interest in cycling.

But it wasn't until Stephen Roche won the Tour de France mere weeks after winning his first grand tour in the Giro D'Italia. It's estimated that close to 250,000 people lined the streets of Dublin to give Roche a hero's welcome.

The Irish bandwagoning had begun.

I'm not suggesting that interest in football/soccer/what have you only started in 1990, but the World Cup in 1990 brought it to a new level. Everyone and their granny were talking about Jack Charlton's boys, and previously uninterested people were engaging in heated debates about the boys in green.

Oh what a time to be alive. 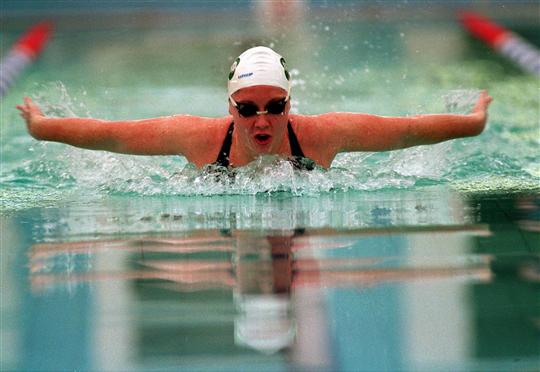 If Italia 90 turned non-football fans into experts, then Michelle Smith lead the entire population to become experts at swimming's Individual Medley. With the Olympics in Atlanta in 1996, Irish people tuned in late at night to see Smith become the most successful Irish Olympian ever.

No one knew who Smith was before the Olympics, and her results hadn't been great in her career up until the year before the Olympics. Smith went on to rake in a medal haul of three golds and one bronze in an astonishing performance that seemed almost too good to be true.

1999 - The height of Irish interest in Formula One

In 1999 Irish interest in F1 was booming. Eddie Irvine came within two points of the driver's title while Jordan finished as the third highest constructors.

Indeed Jordan secured two wins over the course of the season thanks to Heinz-Harald Frentzen. A man who I completely forgot existed until I stumbled across him today. 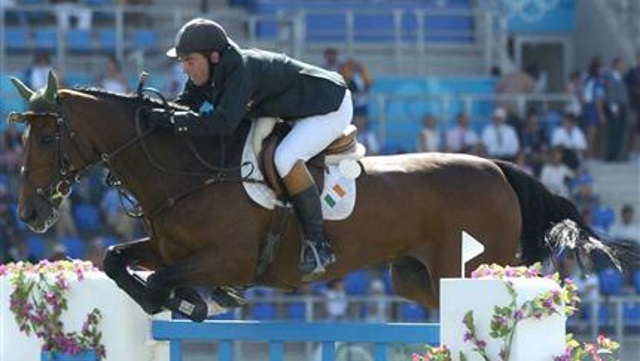 A small minority of Irish people come out as showjumping anoraks every time the RDS hosts the Dublin Horse Show and the presentation of the Aga Khan trophy.

But the Olympics in 2004 raised the population of Irish showjumping spoofers to extraordinary levels. Competing in the individual jumping competition produced a flawless performance in the final round to go with his one fault in the opening round to take the gold medal.

It was another completely unexpected as O'Connor finished 36th in the qualifying for the tournament. It's one event that the island of Ireland was following, but how many people remember the name of his horse? 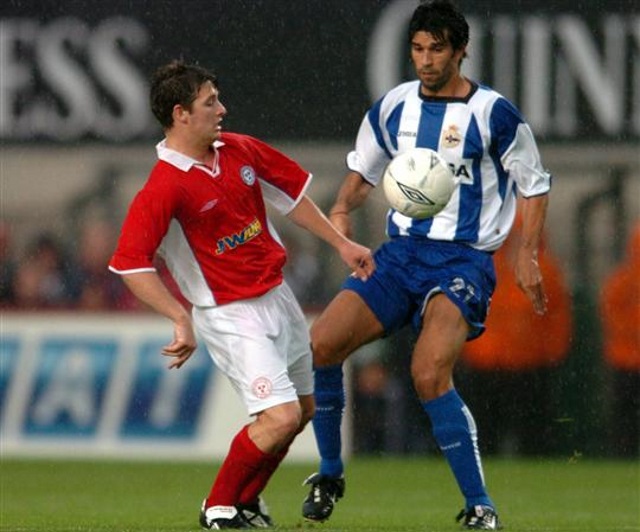 The League Of Ireland, rightly or wrongly (wrongly, let's face it) has been the poor cousin of the English Premiership/Premier League. The vast majority of Irish fans prefer to follow teams in Liverpool or Manchester, rather than support the local team.

This all changed in 2004 when a Wes Hoolahan led Shelbourne team made a run in the Champions League. Admitedly it was the qualification stages of the tournament, but they went further than any Irish team had been before or since.

Deportivo la Coruna proved the final hurdle before Shels could make the group stage, but the clamour for tickets caused the game to be moved to Lansdowne Road were 22,000 people saw Shelbourne record a fantastic 0-0 against Valeron and co, before being outclassed in the return leg in Spain. 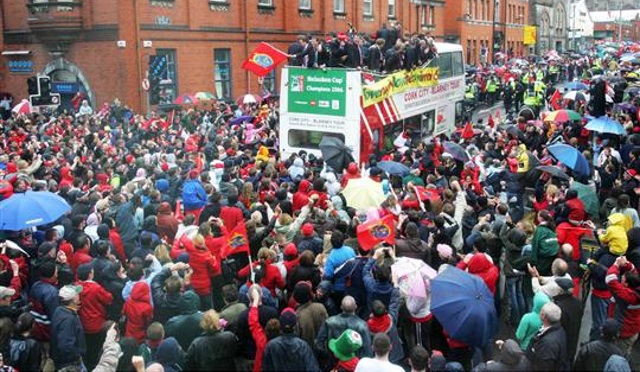 The growth of rugby in Ireland has been astonishing since the turn of the millenium. It's hard to pinpoint the moment folks jumped on the bandwagon, but it's fair to say that Munster's success drove the movement.

Munster are renowned for a fantastic support both in travelling away games and for making Thomond Park an incredibly intimidating place to go to. But it's the so-called "Lunsters" that are key for the Munster bandwagoning movement. The Leinster natives that had no connection to Munster other than they wanted to follow a successful team. The moment that bandwagoning was really out of control.

Hosting the Ryder Cup in 2006 typified how the country was going at the height of the Celtic Tiger. Golf club membership fees were at extraordinary rates, but that didn't stop people joining all of the countries elite clubs.

The K Club was (and still is) one of the top courses in the country and hosted one of the most watched golf tournaments in the country. The tournament is most remembered for the human element where Darren Clarke participated in the competition a mere six weeks after the death of his wife. This gave the tournament a bigger interest, as most non-golf fans were full of empathy with Clarke.

After Cian O'Connor was stripped of his medal from 2004, Ireland were left without an Olympic medal since Sonia O'Sullivan's silver in Sydney.

Irish people have a history of cheering for people with tough to spell or even pronounce, and thus lead to the population cheering for , Eoin as he slalomed his way through the gates in the Beijing Olympics.

Rheinisch only just qualified for the semi finals in the K1 event in the Olympics in the 15th and final place, before just scraping into the final in the 10th and final place. Thus, he was first to go out in the final, and his outstanding time was a serious marker for the rest to beat.

Competitor after competitor were dismissed by the Irish public claiming they didn't know what they were doing and it seemed like "Our Rhino" was destined to scrape into the medals. Alas it wasn't to be, as a devastating fourth place banished Rheinisch to a forgotten memory.

There have been a few peaks of Irish interest in cricket, but none have made a significantly lasting impression on the majority of the Irish public. Ireland's cricket team have had a number of high profile victories in recent years, having beaten Pakistan in 2007, but it was the victory over the auld enemy in the World Cup in 2011 that captured the imagination.

England are one of the top tier countries in cricket, and no one gave Ireland a chance. Gradually though, word spread amongst the Irish people to tune in, as something amazing could be happening.

Ireland recovered from 111-5 to overhaul England with just five balls remaining. Cue one night of Irish people celebrating a World Cup that they hadn't known was on previously. 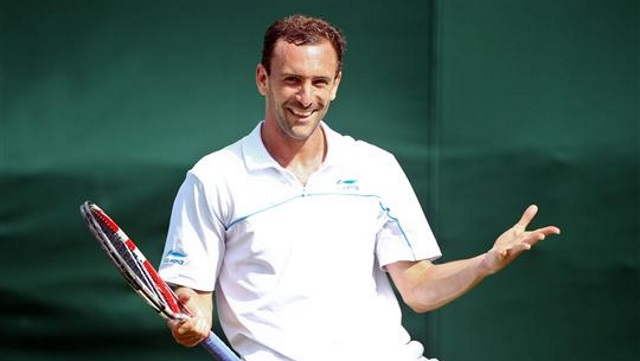 Wimbledon fortnight is something special most years, but when there is an Irish person involved, this country finally has someone to get behind. Despite being Ireland's No.1 tennis player almost since the start of his career in 2000, most people had never heard of Niland when he was on the brink of qualifying for the first round of Wimbledon for the first time in 2011.

When he beat Nikola Mektic to qualify for the first round, more Irish people were talking about Niland as if he was a veteran on tour looking to defend his title. He was pitted against another unknown in Frenchman Adrian Mannarino with the prize of Roger Federer awaiting for the victor. Niland lead 4-1 in the 5th set but couldn't get over the line, and the most celebrated Irish tennis player since well, ever.

The Irish public is at it's spoofiest when it comes to the Olympics. Most of the Irish success was expected to come in the boxing, but Dublin's Annalise Murphy gave Ireland a sudden 'expertise' in sailing.

After four successive victories in the Laser Radial competition, Irish hopes for a medal in sailing were at an all-time high. People didn't let the fact that they didn't know what "Laser-Radial" was to stop them from unloading their "knowledge" on unsuspecting people.

Irish people are devils for sniffing out chances for Olympic medals. There may be war over whether boxing should be shown on RTE outside of the Olympics when Katie Taylor and Andy Lee are out winning titles, but when the Olympics rolls around it's almost wall to wall coverage when Ireland have a chance at a medal.

Katie Taylor had long been the highlight of Irish boxing since she won her first World title, but this was her first Olympics - mostly due to 2012 being the first time the Olympic's featured women's boxing. John Joe Nevin, Paddy Barnes and Michael Conlan kept Irish people interested in boxing for longer than they ever had been before. 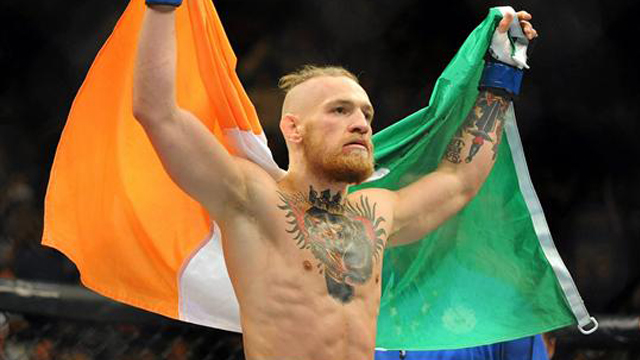 Seemingly overnight, Conor McGregor became a household name in Ireland. He's a name that for most, came out of nowhere (although even Dana White admitted that Irish fans had been calling for McGregor to get a shot since early 2013) and his brashness, trash talking and charisma have split people. He either brought people out of hiding as UFC fans, or had the biggest mass conversion of the Irish people since St. Patrick.

McGregor was the highest googled Irish sportstar in 2014, mostly because people where checking to see who he actually was. Now that they know, UFC's popularity has skyrocketed, and McGregor is the face that is being marketed around the world.

It remains to be seen, but it seems like this "bandwagoning" will have a lasting impact in comparison to the rest.