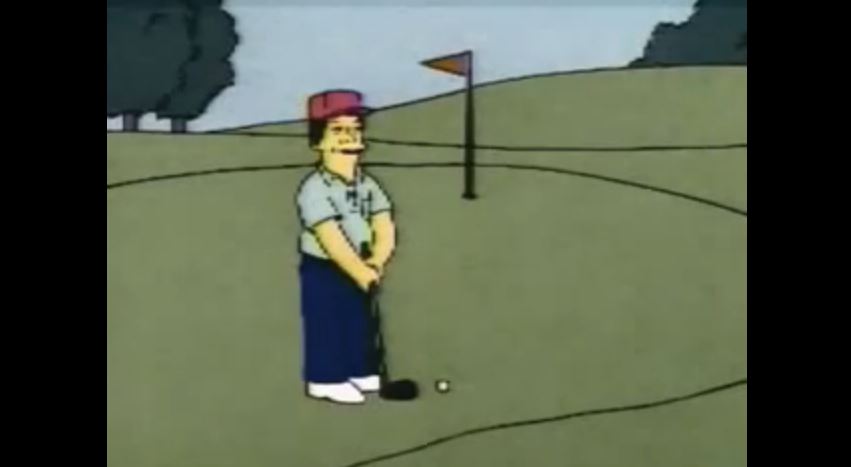 1. Drivers on the putting green were okay

Most golfing games would restrict you to a putting on the green, not Lee Carvallo's putting challenge, a driver is fair game.

You have chosen a three wood. May I suggest a putter? (Beep) Three wood.

Other golf games may want you to push the right trigger back and forward but Lee Carvallo knew what you wanted; having the swing force settings pre-assigned. A 'feather touch' approach was thus a lot easier than on other games. Wanted to blast it? Go for power drive.

4. It was way better than Bonestorm

Sure, your mates all had Bonestorm but we all know that was overhyped. It was a game purely for button bashers and had no skill involved. Lee Carvallo's putting challenge was a true test of wit and guile, a proper gamer's game.

Lee Carvallo's putting challenge was way ahead of its time in terms of controls. Wanted to swing? Simply press 7-8-7, so easy you'd wonder why its rivals never used similar controls, copyright we'd imagine.

Once a game was over it didn't presume you wanted another, but it would politely ask.

Would you like to play again? (Beep) You have selected, "No.”

It is widely believed that Bart Simpson was the first player ever to select no.

7. It was the perfect present

1997 was a difficult year in which to buy gifts, there was a serious dearth of options that particular Christmas, furbies and tomagotchi's were still a year away. Step forward Lee Carvallo's putting challenge, it was the perfect gift for brother's, father's, pets, neighbours, even Santa himself was rumoured to have asked for a copy. There hasn't been a Christmas since in which one gift suited so many people.

See Also: 14 Reasons Why FIFA 98: Road To The World Cup Was The Best Game Ever

See Also: GTA V? The Best Console Game Ever Was Out 2 Years Ago

Golf
2 years ago
By Balls Team
"He Acted Like A Madman" - Balls Remembers The Most Controversial Ryder Cup Ever Played
Golf
2 years ago
By Michael McCarthy
Watch: Padraig Harrington's Open Win At Carnoustie - Irish Golf's Greatest Day
Previous Next