Few sporting feuds have captured the imagination in recent years quite like the one between American golfers Brooks Koepka and Bryson DeChambeau. There have been multiple flashpoints since the two fell out in 2019 - and Koepka has now spoken publicly about the origins of their resentment.

Florida man Koepka was speaking at the pre-Open Championship press conferences, where he was asked about the source of his rivalry with DeChambeau.

He said that the feud stemmed from a comment he made about DeChambeau's style of play, which DeChambeau took issue with. Koepka said his caddy - Northern Irishman Ricky Elliott - was approached by DeChambeau at the Northern Trust competition in late 2019, kickstarting the fallout.

He walked up to Ricky and said, "you tell your man if he's got something to say, say it to myself." I thought that was ironic because he went straight to Ricky.

Ricky told me when I came out, I hit a few putts and then just walked right over to him. We had a conversation. We both agreed we'd leave each other out of it and wouldn't mention each other, just kind of let it die off.

So then he was playing video games online or whatever and brought my name up and said a few things so now it's fair game.

The feud hit a peak most recently at May's PGA Championship, where Koepka halted an interview because of something said by the passing DeChambeau. The disdain on Koepka's face was plain to see.

The two were on the 2018 Ryder Cup team together, and are both on course to qualify automatically for a spot on this year's US team. When asked if the feud between the two would be an issue come September, Koepka was pragmatic.

I don't view it as an issue. I don't think he does. Like I said, I can put anything aside for a team, business, whatever, just to get the job done.

US Ryder Cup team captain Steve Stricker will certainly be hoping that the two can put their issues aside for this year's contest, which tees off on September 24th at Whistling Straits.

As for this weekend's Open Championship, Koepka and DeChambeau have avoided each other in the first round groupings at least. Koepka tees off at 8:03am on Thursday alongside Jason Kokrak and Garrick Higgo, with DeChambeau following at 9:25am aongside Jordan Spieth and Branden Grace.

SEE ALSO: Lowry Relishing Chance To Play In Front Of Thousands At The Open 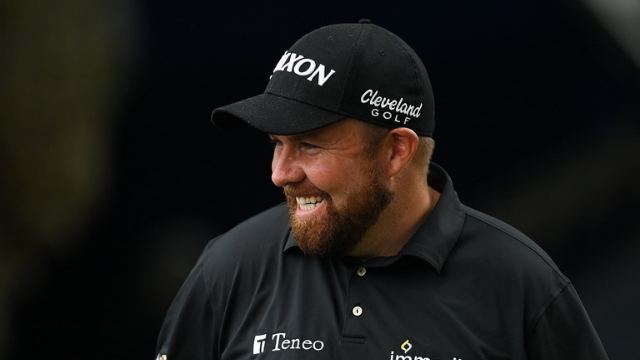 Golf
4 hours ago
By Andrew Dempsey
Paul Azinger Questions Brooks Koepka's Place On USA Ryder Cup Team
Golf
1 day ago
By Donny Mahoney
Brooks Koepka On Why US Golfers Dislike The Ryder Cup
Golf
3 days ago
By PJ Browne
Leona Maguire: 'I Figured I Needed A Change, And Gave Dermot A Call'
Previous Next