This year's Ryder Cup has been relatively short on drama thus far, meaning a good old fashioned argument about the rules of the spot was exactly what was needed to get the juices flowing.

Before a ball was even hit in anger this week, it seemed inevitable that one of Brooks Koepka or Bryson DeChambeau would get involved in some sort of pointless scrap. After all, they are two of the least likeable individuals in the sport and are both sticklers when things do not go their way.

Our money would have been on Bryson, but it was the man affectionately known as 'Brooksie' that would beat him to the punch.

The incident would come on the 14th hole of this afternoon's foursomes clash as Koepka and Daniel Berger took on Sergio Garcia and Jon Rahm.

Berger would hit a wayward second shot, leaving Koepka in the rough. However, he was unhappy that the ball sat near a drainage pipe and called in the referee to ask if he could have a free drop in order to move the ball away from it.

When the first official refused due to the fact that the drainage pipe was not even in the way.

'I don't think it's gonna interfere with your swing', he tells Koepka, who replies, 'you ever seen me hit a ball?'

Stands firm, but obviously has to call for a second opinion.

Sergio just spit out his drink laughing so hard at Brooks Koepka going back and forth with the rules official. pic.twitter.com/5PfC8NRYwZ

Koepka asked for a second opinion, but the British referee that was called in gave the same opinion. Koepka was not pleased.

He even said he blamed the referees if he suffered a wrist injury as result of taking the shot.

Brooks Koepka denied a drop from a drain by a rules official. Calls in another. Denied once again. No relief given.

"If I break my wrist, it's on fucking both of you."

His playing partner Berger even labelled their decision as 'fucking bullshit'.

Koepka carried a wrist injury into the event and was clearly worried about aggravating it during this incident. However, he could have opted to take a penalty drop if it was that much of a concern.

He would go on to easily land the resulting shot within a few feet of the pin.

Despite the ultimately positive outcome, the viewers were not impressed with the behaviour of the American pair.

If Koepka is concerned about injury, surely you have to take a penalty drop?

Brooks Koepka is the personification of the arrogant, boorish American spectators at the Ryder Cup. Pretty sure I heard him threaten the referee just there.#RyderCup2021

Koepka has underscored again what a disrespectful, unlikeable individual he is. Even making an implied threat that he’ll hold the referee responsible if he hurts himself, inference being he’ll sue him perhaps?! Cannot abide the man. #RyderCup2020 pic.twitter.com/TpFuSU0syr

Is Koepka trying to bully the officials ? Disrespectful at least.

Did anyone hear Brooks Koepka or Daniel Berger apologise to he referee? Didn’t think so! Disgraceful behaviour. #RyderCup2020 #Golf #RyderCup

I’m not totally clued up on the Rules of Golf but I’m quite certain it doesn’t make allowances for “Brooks Koepka’s Wrist Injuries”.

Not a good look for Koepka. 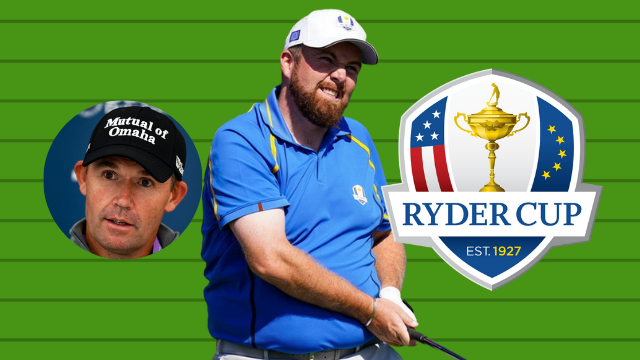