Bryson DeChambeau made an expensive mistake this week, flying home from the Wells Fargo Championship on Friday evening after a poor round, only to inadvertently end up making the cut.

The American carded a 74 in the second round of the tournament, including a triple bogey on the seventh hole, meaning he was well outside the cut line at 90th place on the leaderboard. He then decided to take the three hour flight back to Dallas immediately after its conclusion.

However, the weather conditions then began to deteriorate in Charlotte, meaning DeChambau began to steadily move up the leaderboard. By the time he had landed, it was becoming clear that he would make the cut.

The 27-year old would end up getting another flight back later that night and was on the practice ground at the course for 7am the following morning, labelling his decision to return home as an expensive mistake.

Bryson DeChambeau explains a bizarre 24 hours after firing a third-round 68 at the Wells Fargo Championship, just a few hours after he had flown home thinking he had missed the cut! ✈️ pic.twitter.com/5nU44Ap9wu

Sure enough, conditions kept getting worse and by the time I landed I was in, 64th or 63rd or whatever. It was funny.

We did a lot of scrambling last night to get back. One of the scenarios was turning right back around, but the crew couldn't refuel and their hours were out.

So we tried to get a new crew and it just didn't work out. So we're like, 'Well, let's just go in the morning'.

So I left at 2:45am on a flight and I got here at 6:20am, drove 30 minutes to the golf course, put on my clothes in the locker room and headed out to the putting green. I did get a workout last night, though...

Way too expensive. But the thing is, I have a chance to go make a good cheque this week and I think that would offset it. So if I was to not come back and withdraw, lose world ranking points and all that, I had to incur the cost. It's my fault.

Bryson DeChambeau shot 74 this morning at the Wells Fargo and thought he missed the cut, so he flew back to Dallas...

...and now he has an 8:10 a.m. tee time in Charlotte to get back to pic.twitter.com/hfMCWPwZTE

The travel did not affect DeChambeau's play yesterday, with the golfer recording a 68 to go to one-under par overall and move into the top 30 on the leaderboard. 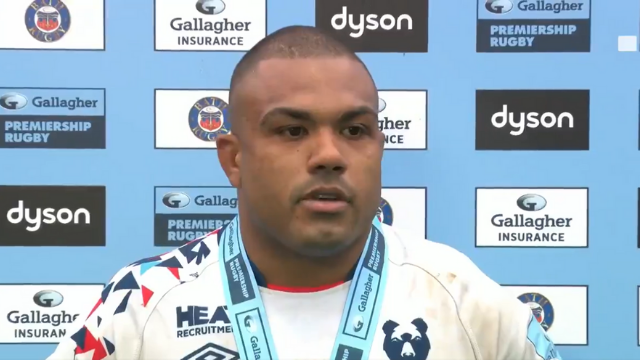