Love him or hate him, you have to admire Bryson DeChambeau and his ability to ping the ball.

The 2020 U.S. Open champion has teamed with Scottie Scheffler in a heavyweight matchup opposite John Rahm and Tyrell Hatton.

Things didn't get off to the greatest start for Bryson. Teeing off from the first hole, he managed to pelt a poor lady in the crowd.

But he's proven to be a fan favourite at Whistling Straits. His recovery from the rough after his crowd-hitter on the first hole was fantastic.

That recovery turned out to be a deciding factor in the first hole, as DeChambeau sank a putt from nine feet to level the hole with the Europeans.

His putting did leave him short on the third hole, with the Americans getting away with a missed birdie attempt from John Rahm to go one up.

The fifth hole would prove to be the one that turned the most heads, with some even calling it one of the best tee shots of all-time.

Stepping up for the drive on the fifth hole, Bryson DeChambeau ignored his teammates safety first mentality and drove the ball 417 yards.

It left him within 72 yards of the green on the Par 5 at the Wisconsin course. He'd go on to eagle the hole and pull one in the American's favour.

Bryson DeChambeau hits a sensational 417-yard drive off the tee! 🤯

"That is one of the most outstanding tee shots I have ever witnessed in my life," said Andrew Coltart on on Sky Sports commentary.

Many have taken to Twitter to show how incredible the shot was, and how the video alone doesn't even do it justice.

Ummmm the Bryson line on 5.

He has (checks notes) 72 yards left into the par 5. pic.twitter.com/dM3dECgAYr

He's known as a big-hitter, but that shot from DeChambeau on the fifth takes the absolute biscuit. The risk well and truly paid off.

It'll remain to be seen if the big drives will translate into anything, as John Rahm and Tyrell Hatton will look to neutralise it.

See Also: Shane Lowry Made A Brilliant Start To His First Ryder Cup Round 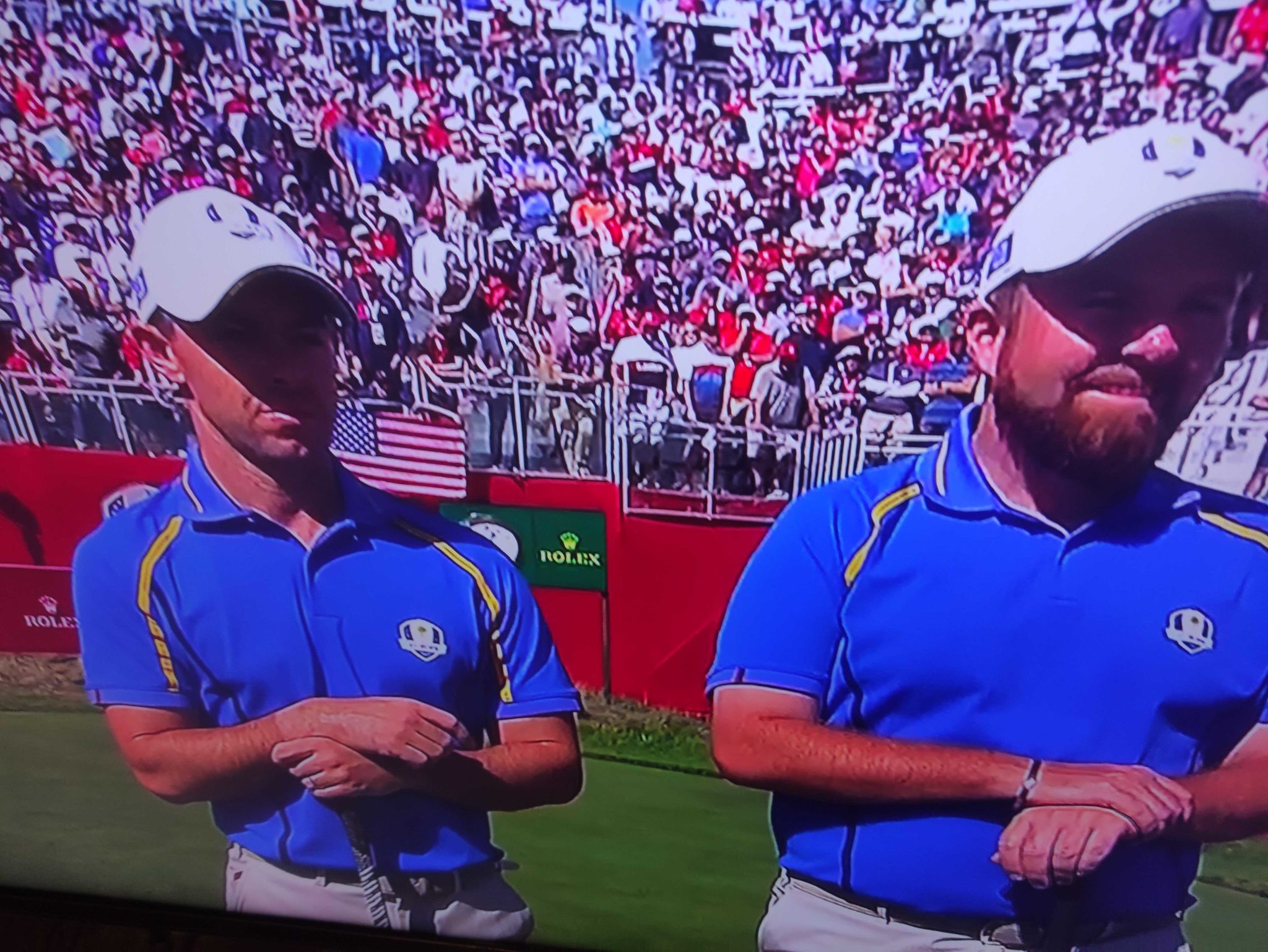