With the 2023 Ryder Cup in Rome on the horizon, former captain Colin Montgomerie has given his two cents on who should lead Europe.

In his words, Luke Donald is a 'safe pair of hands' for the role. The 44-year-old English golfer has featured in four Ryder Cups throughout his career.

"I'd vote Luke," Montgomerie stated, as a captain is set to be picked by the end of February according to the BBC. It follows Lee Westwood recently removing his name from the hat.

"It is only right," Monty said of Westwood's dismissal. "He has unfulfilled ambitions. He hasn't won a major and is quite capable of doing so, so I don't blame him."

He was also named as one of Thomas Bjørn's vice-captains in 2018 and Padraig Harrington's three years later. Donald is currently ranked outside of the Top 500 on the PGA Tour.

Montgomerie picked Donald as a captain's pick in 2010 when he was at the helm. "I picked Luke because he could play foursomes and fourballs and someone had to go and beat him, he wasn't going to beat himself," he said.

"I think Luke will instill that in (Europe) not to give the holes away. There were far too many holes given away in that last Ryder Cup and the way Luke plays and prepares, would be the best we've got right now."

The United States go into next year's competition with plenty of momentum after a convincing win at Whistling Straits in September.

Montgomerie believes Europe could be at risk of losing their first Ryder Cup on home soil for thirty years if the right choices aren't made beforehand.

"The crowd are going to be unruly and that's only because a New York crowd is loud and unruly. We've got to get a result in Rome or we might lose three in a row."

"We need to have a bit of a rethink about how we pick the team and how we get our top 12 playing," he said. "We need to find another Viktor Hovland and another Jon Rahm and quickly."

See Also: 5 Things Sky Sports Can Improve Upon With Their Ryder Cup Coverage 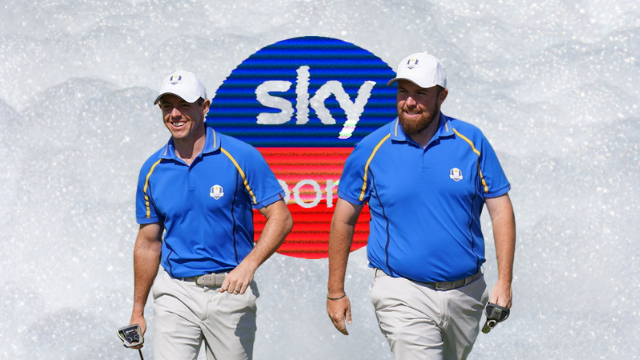