McIlroy Left Bewildered By Bryson DeChambeau's Domination At US Open

Sharing the win with mom and dad. ❤️

After golf returned from its Covid lockdown, the story of the sport was undoubtedly the 27-year-old American, who had put on 25lbs of muscle and added huge length and power to his game.

Four top 10 finishes in a row followed his return, culminating in a dominant win at the Rocket Mortgage Classic in Detroit, finishing three stokes clear of his playing partner for the US Open final round, Matthew Wolff. It was in Detroit though where the story seemed to start getting away from DeChambeau. He made as many headlines that week for his confrontation of a cameraman for "hurting his brand" as he did for winning the tournament.

The following week, fans took great joy in his "Tin Cup" style breakdown when missing the cut at the Memorial Tournament. His ongoing feud with Brooks Koepka continued to make headlines too, while various other players hinted at their dislike the the man critcised for trying to reinvent the game by overpowering golf courses.

Before the US Open, much of the focus was on the battle between Dustin Johnson and Jon Rahm, while PGA champion Colin Morikawa, Rory McIlroy, and of course, Tiger Woods, got much of the analytical air time. After a poor Fed-Ex Cup series, not many were talking about DeChambeau (though he was tipped up by on The Buildup by our super tipster Mike Bailey)

His spiky and sometimes quite odd behaviour, as well as his focus on power and length, did perhaps undermine his all round game, which was on full display all week at Winged Foot. That said, the US Open seemed the most unlikely of victories for him given the punishing nature of the tournament. Accurate golf is key at US Open events, and Winged Foot is one of the most difficult courses on the rotation.

In the end though, only one man in the entire field finished under par after 72 holes. DeChambeau played an exquisite final round on Sunday to score a three under 67, and finish on -6 for the week. His average driving distance is the longest of US Open winner in history (325.6 yards) and he hit just 23 of 56 fairways. According to The Golf Channel, no other US Open winner since 1981 had hit fewer than 27 fairways in the week.

Whether or not you agree with the style, Bryson DeChambeau just played one of the greatest winning rounds in U.S. Open history.

Say what you want about @b_dechambeau he might not be everyone’s cup of tea. His isn’t my cup of tea but what he is is a Major champion and I have huge respect for winning the @usopengolf. Changed his swing and body to try and over power golf courses. Done it his way. 👍🏼👊🏼

While there was no doubting that DeChambeau's performance was supreme this week and his win was massively deserved, it is also confounding when you consider the course and how punishing it was for all other players who were inaccurate from the tee.

Rory McIlroy, who finished in a tie for eighth place, summed up the surprise that DeChambeau was able to overcome his apparent flaws. When asked about the driving figures and if he thought it could result in a US Open victory, McIlroy replied, "No chance. No chance."

I don’t really know what to say because that’s just the complete opposite of what you think a US Open champion does.

Look, he’s found a way to do it. Whether that’s good or bad for the game, I don’t know, but it’s just… it’s not the way I saw this golf course being played or this tournament being played.

It’s kind of hard to really wrap my head around it.

"I thought I can see it for week-in and week-out PGA Tour set-ups that are a little more benign. I played with him at Colonial the first week back out, but I sort of said, okay, wait until he gets to a proper golf course, he’ll have to rein it back in.

This is as proper as they come, and look what’s happened. Yeah, he’s got full belief in what he’s doing, and it’s pretty impressive. 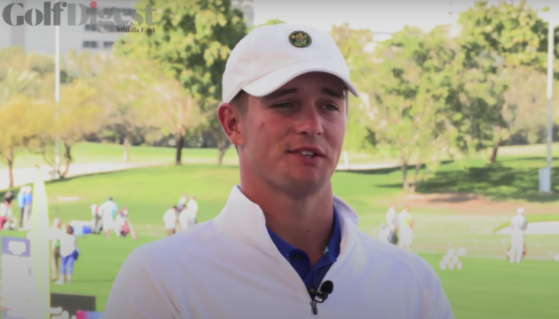