10 Years On, Remembering Graeme McDowell And The Greatest Video Ever Made

Graeme McDowell is a good bloke and a good golfer, and he'll be good to watch in his role as Padraig Harrington's Vice Captain at the Ryder Cup this week. Unfortunately, today we need to revisit a less illustrious moment of his G-Mac's superb golf career.

An in-house, almost MTV Cribs-esque, interview was uploaded to PGA Tour's official YouTube channel ten years ago and it is 2 mins and 19 seconds of pure comedic genius. If Graeme McDowell was playing a parody of himself it would go down as one of the greatest performances of all time.

Quick-fire questions are answered, and not only are the answers pure gold but the accent, which was once brought up by a ballsy young interviewer, was out of control.

It's so great that we have to narrow down the talking points to a Top 5:

There are a lot of movies, for sure, but Shawshank Redemption is the original GAA cliché so we're glad he picked Gladiator too.

Smooth. So smooth. (Does Batman really get that many girls?)

#3 - Checking to make sure he doesn't have tattoos.

"Not a tattoo kind of guy..." Thank God you checked, that could have been embarrassing if you had a massive tattoo that you didn't know about.

Glorious. Teleportation would be an awesome super power, but that pronunciation stole the show.

Graeme McDowell is a US Open champion. He did something that such a small percentage of people in his profession have ever done. He's played in four Ryder Cups. He's won 18 tournaments around the world as a professional. And yet, his "cold beer" may well be his defining legacy.

In fact, it was so glorious that it inspired it's own spoof interview 'Graeme McDowell cold beer' edit:

We love you G-Mac, never change.

SEE ALSO: American Golfer Blames Crunchy Nut Cornflakes For His Near Collapse At The Open 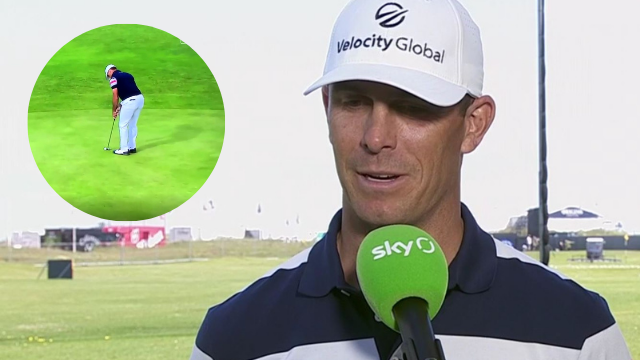