Harrington: Koepka And DeChambeau Rivalry Could Bring Team USA Together

It'll be a busy few days for Ryder Cup captain Padraig Harrington in the build-up to next week's event.

The Irishman had a tough decision on his hands at the weekend gone by, as the BMW Championship at Whistling Straits determined Team Europe's last automatic qualifying spots.

Harrington went with the obvious choice in Shane Lowry, as well as Ryder Cup veterans in Sergio Garcia and Ian Poulter as his captain's picks.

In the build-up to the tournament next week, the two-time Open champion spoke to The Guardian about one of talking points of Team USA.

That's the ongoing rivalry of two of the United State's biggest players; Brooks Koepka and Bryson DeChambeau. Harrington thinks their rivalry could bring the team together.

The PGA announce a crackdown on 'rowdy' golf fans after a feud between Bryson DeChambeau and Brooks Koepka boils over.

Fans who taunt Bryson DeChambeau with "Brooksie" chants could be thrown out of PGA tournaments.

"When you have friction between players, you bring them into a team environment and you overcome it, that’s actually a big bonus to the team," he said.

"If I focused on the US and had this idea of ‘Hey, look, this is going to impact their vibe’ or whatever, it could actually work in reverse."

The PGA Tour have since come out and warned fans of expressing 'rowdy' behaviour. Goading of Koepka or DeChambeau won't be tolerated at this year's Ryder Cup.

While the world's number seventh and ninth ranked golfers have produced a unique golfing rivalry, Harrington sees the event as an opportunity for them to let bygones be bygones.

"If they get their act together and pull together, the team sees that and pulls together really strongly. All of a sudden you get an uplift from it. That’s why I’m not relying on it."

See you guys at Whistling Straits.

"I’d see it as something that could work in my favour. If I can get these guys to show unity, the rest of the team would follow. We can’t rely on it," Harrington added.

There were comparisons drawn to the rivalry of Harrington and Serio García. The Ryder Cup teammates had shown distain to each other at individual events earlier in their careers.

"You could say myself and Sergio had that little bit of friction over the years, which we easily overcame on weeks of the Ryder Cup. We would be hugging at a Ryder Cup."

Ryder Cup action gets underway on Friday next (24th), with the opening ceremony airing on Thursday (23rd) at 10pm on Sky Sports Golf and Sky Sports Main Event. 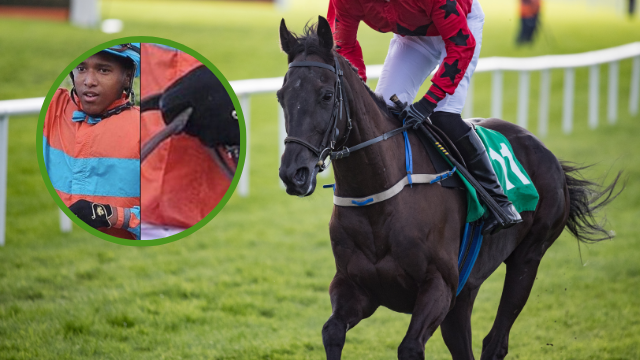