Round 1 of The Players Championship is in the books at TPC Sawgrass. Sergio Garcia leads the pack on seven under par, with Ireland's Shane Lowry not far behind on four under and tied for third.

It was however, a bad day at the office for other notable players on the PGA tour. Rory McIlroy sits at 7 over par after a horrific round of 79. Sweden's Henrik Stenson finished bottom of the leaderboard at 13 over par. Englishmen Ian Poulter and Tyrell Hatton ended up on 5 over par and 4 over par respectively.

The four Ryder Cup teammates were seen congregating in the players lounge after their awful starts to the tournament. In a video posted on his twitter, Ian Poulter summed up what it's like to have a bad day on the golf course.

Poulter in jest says "what a load of muppets" as the golfing quartet managed to combine for a total of +29, certainly not one to remember.

It's a situation a lot of us have been in. You go out onto the course thinking this will be your day, there's a few birdies on the horizon. The actual reality is you end up in the club bar afterwards, questioning if golf is really for you. 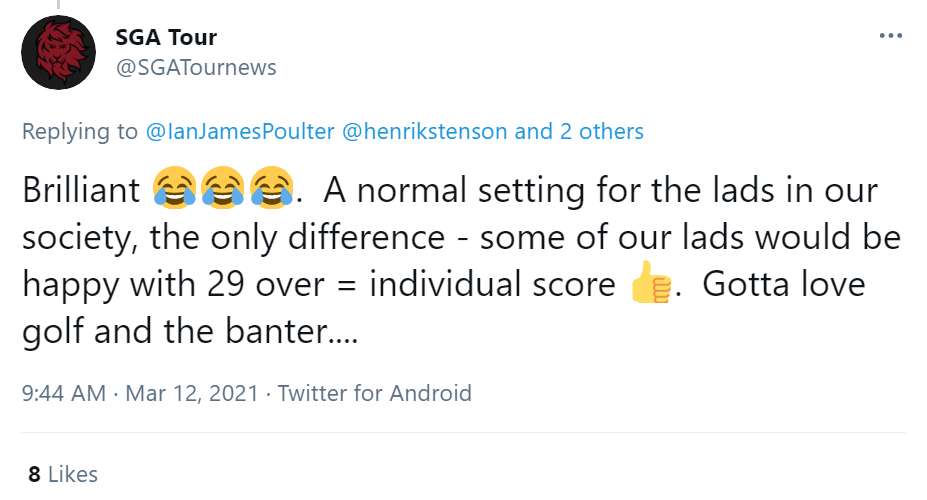 Rory McIlroy is set to tee off his second round of The Players Championship at 6pm Irish time this evening. He'll be joined by tournament leader Sergio Garcia and American Webb Simpson.

McIlroy won the tournament back in 2019. In 2020, the event did not go ahead as scheduled behind closed doors due to the Covid-19 pandemic. The prize money was split between all 144 competing players.

See Also: Watch: Rory McIlroy Had An Absolute Nightmare On The 18th At Sawgrass 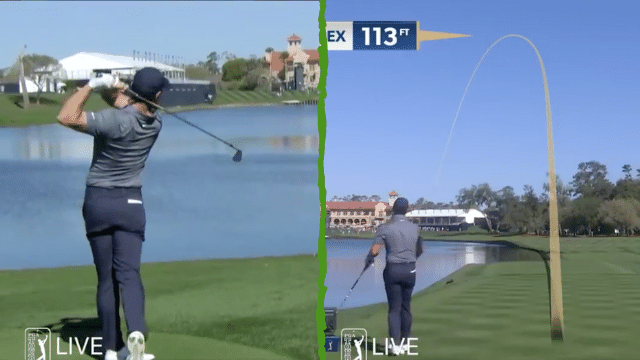