Irish golfer Leona Maguire teed off in the opening round of the ANA Inspiration at Mission Hills Country Club near Palm Springs (USA) yesterday, shooting a one over par 73 in the second major Championship of 2020. Maguire grappled with a tough course and even tougher conditions, with temperatures hovering around the region of 45 degrees Celsius.

The Cavan native was on hand to catch up with us earlier this week as she helped launch the fifth and final chapter of the 20x20 campaign, supported by KPMG, ‘The Future for Women in Sport: Choose What’s Next’. The 20x20 movement was first launched in October 2018, and Maguire reflected on the past two years for women’s sport in Ireland, what the campaign has meant to her and her sport, and what we all need to do going forward to ensure the momentum of 20x20 does not fade into a distant memory.

“20x20 has been an incredible success so far, it’s hard to believe it’s been nearly two years since it all started - it seems to have flown by,” she said via Zoom from her hotel in Palm Springs earlier this week. “There have been some great achievements in between those two years and the campaign has had some great momentum, it’s just a pity with everything that has happened the last few months that it isn’t the finale we would have been hoping for, but at the same time I think the future of Irish sport is in great hands.”

Reflecting on the impact of the campaign, she continued: “In terms of golf, up until a few years ago there were still a lot of ‘men only’ golf clubs, which in this day and age seems like a very archaic tradition but that was genuinely the case. Having places like Muirfield hosting the British Open in a couple of years for us, that would have been unheard of even two or three years ago, so that’s really fantastic. It’s also a massive deal that the ILGU and GUI, in terms of golf, are coming together to form Golf Ireland, I think that’s a very exciting time for us as golfers and I’m looking forward to seeing how that develops over the next few years. I think it’s going to be great for golf and everyone involved. 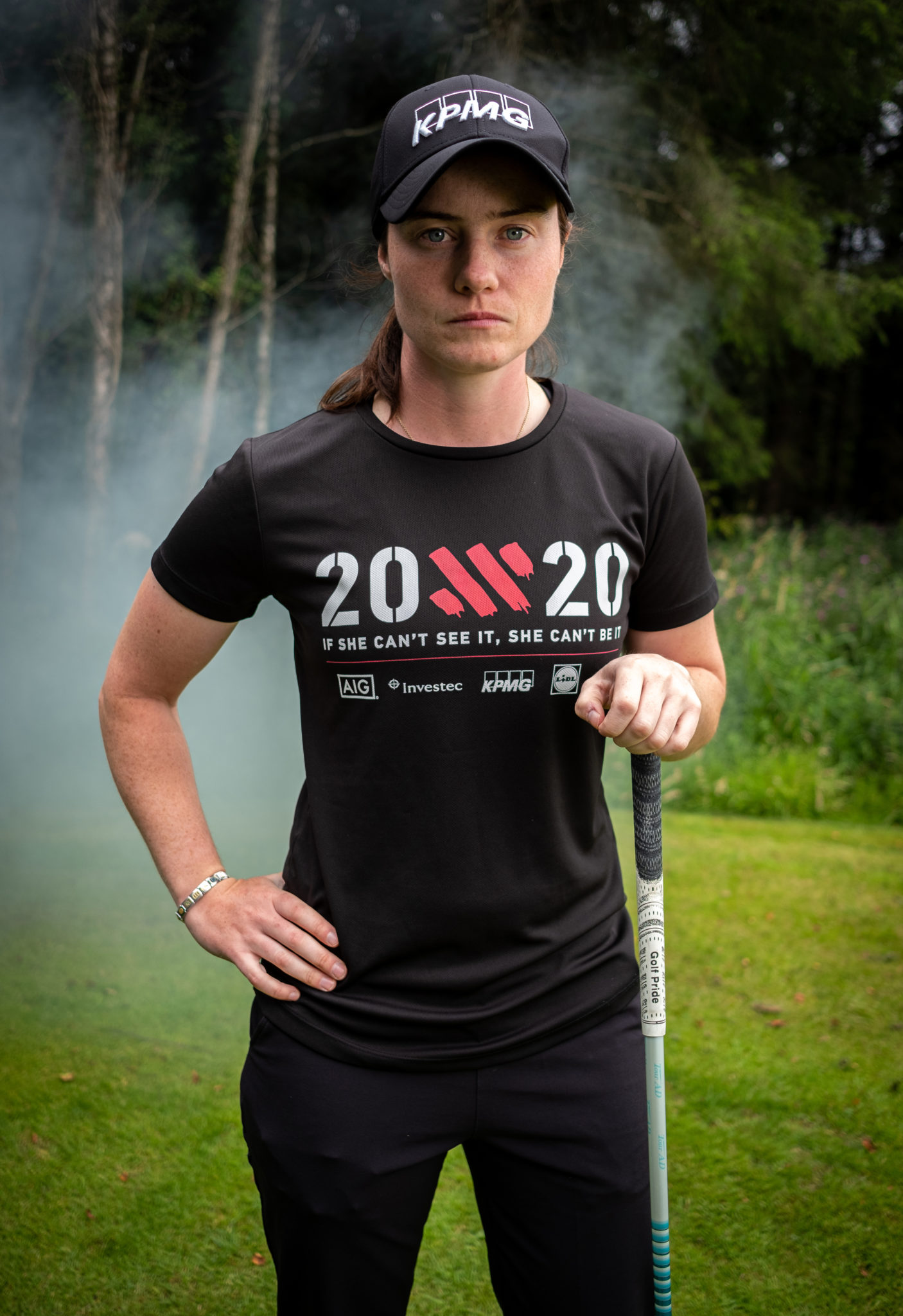 “There have been big achievements in other sports too, there have been attendance records broken at hockey, soccer and football, but really – we’ve always had phenomenal female athletes in Ireland. They have always been some of our most successful athletes, whether it was at the Olympics or doing different sports, yet it’s only now that people are learning about them and thinking ‘where have all these women been? How come I haven’t been hearing about them?’

“Sometimes people say, ‘oh, I would have gone to that match if I’d known it was on’ but things like social media have been great in that regard, helping everyone to get the word out about what’s going on. Irish people have always been tremendous to get behind our athletes but if they don’t know it’s on and what’s happening then how can they support it? 20x20 has been helping that – aiming to get more media coverage, more attendance and more participation and, as an Irish athlete, I’ve definitely felt the support of the Irish public behind the campaign.

“I get tagged on stuff on Twitter and Instagram and messages from people, and there’s been a massive surge in support - young girls and boys are now seeing athletes more and are now able to get inspired by our athletes. The big part of the campaign was getting people to acknowledge those biases that they already had, whether they knew that they were there or not. It is all about changing that dialogue and conversation about female sport and the words that are used and the way its portrayed. Looking for increased media coverage is key – it’s not just about covering the events but also getting more prime time TV slots, or rather, getting it on TV in the first place so that people can actually watch it.

“Once more media coverage happens – and it has already been happening - the next stage is to get more critical analysis of the games and the sports. We need the media to move away from the ‘ah, aren’t they great’ message to acknowledging the skill that is there. At the end of the day, sport is entertainment – people tune into sport to be entertained and to be inspired by people doing things that they wouldn’t normally do themselves. Seeing more of it on TV and in the media generally is key, and seeing people getting involved more, whether it’s volunteering, coaching, refereeing and or helping to get sponsors is key.

“In reality, sponsorship is crucial for teams and athletes as ultimately, a lot of these things can’t happen without the backing of sponsorship. The brands who came in behind 20x20 were super and hearing them say, ‘you know what this is important, and we’ll lend our support to it’ was fantastic and it also makes people stand up and listen a bit more. I’ve been very fortunate to work with KPMG since the start of my professional career and they’ve been champions for women in sport - they sponsor one of our majors, the KPMG Women’s PGA championship and they also host their women’s leadership conference every year and get some of the best females in the world in terms of business, sport – they’ve had Lindsey Vonn come to speak, they’ve had Simone Biles come to speak, and just being around that sort of greatness - it can’t help but rub off on people. It’s nice as an athlete to see them using their platforms and their resources to leave the world and the sporting world in a better place than what they found it in. Ultimately, we as athletes can’t do what we do without the support of sponsors. AIG has been great as well in golf, they’ve signed on for another five years to support our women’s British Open with five incredible venues coming up as well.

“With 20x20 wrapping up after two fantastic years, it’s time we look to their message – the future for women in sport, choose what’s next. Because it is our choice. It’s now up to everybody involved – all of the stakeholders - to push it on. 20x20 has lit that fire and it’s a case now of everyone taking that torch and running with it and putting their own stamp on it and deciding ultimately what’s next for Irish sport.

“It’s an exciting time to be involved as a female in sport and hopefully that momentum will carry through.”