Brooks Koepka's Absolute Disdain For Bryson DeChambeau Is Beyond Funny

Bryson DeChambeau might not be the most popular player on the PGA Tour, but nobody can quite match how Brooks Koepka feels about the US Open Champion.

Speaking in an interview after the second round of the PGA Championship on Friday, the American was interrupted by just the sight of his rival walking past and couldn't even keep up the pretense of a boring golf interview, such was his disdain at DeChambeau even appearing in his eyeline. The pre-recorded interview has been leaked and is quickly going viral around the world.

The honesty with which Brooks Koepka displays his hatred for Bryson DeChambeau is really beautiful to watch. pic.twitter.com/HzEgiLaVHt

It's unclear what if anything DeChambeau said as he passed by Koepka, but Koepka saying, "I lost my train of thought hearing that bullshit" was an indication something is likely to have been said.

The Koepka DeChambeau feud, at least in public, goes back to 2019. Koepka singled out DeChambeau for his slow pace, which led to the two meeting on the range to address the issue. In that instance, both players tried to play it down. Since then though, it's become clearer and clearer that the two Americans just do not like each other.

They have regularly had shots at one another on social media. When DeChambeau lost his cool at a cameraman at the Rocket Mortgage Classic last July, Koepka put out a tweet that was the strongest indicator yet that there was a serious issue between the two.

The two were Ryder Cup teammates in 2018 and will be again later this year in Whistling Straits. We somehow doubt Steve Stricker will be putting them together, though we're not sure exactly who will want to partner DeChambeau. In 2018, he partnered with Phil Mickelson and Tiger Woods, losing 5 & 4 both times.

Koepka would go on to play in the final group with Phil Mickelson on Sunday and had chances to claim his fifth major title. DeChambeau had runs of good golf during the week, but struggled at the weekend, eventually finishing in a tie for 38th place. 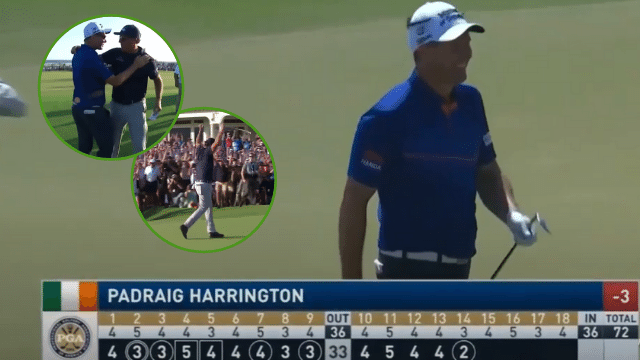