'Dad’s Not Great To Watch My Golf, He Gets Quite Nervous'

Leona Maguire's father can't watch her play golf. He gets too nervous. So, rather than watch her play live, Declan Maguire occupies himself otherwise.

During the Solheim Cup, which saw his daughter crowned the tournament's unofficial MVP, he painted some rooms of the family home in Ballyconnell.

On Sunday evening, while Leona and Mel Reid were picking up a half-point in the fourballs, he managed Drumlane in the Cavan Intermediate Football Championship. Drumlane lost to Butlersbridge, but it's the group stage of the competition, so the Solheim Cup and Cavan IFC double is still on.

"Dad is big into his football, Dad’s a big GAA man," says Maguire.

"He is a competitive man. He's doing everything he can to do as well as he can with his team.

"Dad’s not great to watch my golf, he gets quite nervous. He keeps himself busy. I think there were a couple of rooms painted while the Solheim Cup was going on last week.

"Mam was watching and refreshing every five seconds. Dad made sure it was all recorded and watched it back after the fact.

"I owe Dad a lot. He's put in a tremendous amount of time, and effort, and money, trekking around with myself and Lisa growing up." 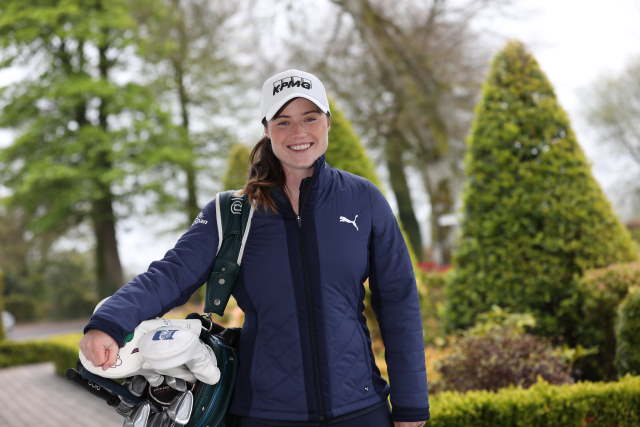 Dublin, 9 September 2021 – Pictured is KPMG ambassador, Leona Maguire as she launched the third video in KPMG’s Performance Series outlining the importance of setting up a routine, the benefits it can bring and how she maintains focus on her routine, wherever she is in the world. Watch KPMG Performance Series ‘Routines’ video on KPMG Ireland’s Twitter @KPMG_Ireland

During the tournament, in which she won a record four-and-half points for a rookie, the usually reserved Maguire was seen fist-pumping after making putts. Her brother Odhran put it out there that she'd been practising the celebration all week.

"Nothing was planned, despite Odhran's tweets," says Maguire with a smile.

"He got a kick out of those. He doesn't normally tweet but he had a few last week.

"It's a very different week. You're in that team environment. It's matchplay, head-to-head, and it brings out the competitiveness in everybody. I fed off Mel a little bit. I've grown up watching Ryder Cups and Solheim Cups.

"There were massive crowds. I think there were 150,000 people there all week. We had some support but not very much. We had to be each other's support.

"When you hole those putts, it's pretty satisfying. It's a little bit of a blur. I'm not even sure what I did at the time, but it definitely wasn't planned."

On Wednesday evening, the people of Ballyconnell welcomed Maguire back to Cavan. She sat on the back of a gold BMW as it rolled to the Slieve Russell Golf Club behind a fire brigade engine.

"I didn’t know it was happening at all," says Maguire.

"It was overwhelming the amount of messages of support and everything.

"Dad and mam had kind of been telling us what was happening at home, everybody stopping by the house and calling and texting and all the rest.

"My home has been buzzing all week, with people I went to primary school with, people I haven't heard from in 10 or 15 years - people that never hard any interest in golf that are excited they got to watch the Solheim Cup.

"[My parents] did a few TV bits and stuff like that as well, and they came to get me in the airport and mentioned that there might be something then later on that day.

"I went to bed for a couple of hours and it all sort of kicked off. It was a lot of fun, especially for everyone in the local community to give them a buzz, to give them something to smile about.

"It was fantastic to see so many people that came, and all the kids out in their jerseys with their flags and all the rest.

"Hopefully that will be the first of many celebrations we can bring back to Ballyconnell." 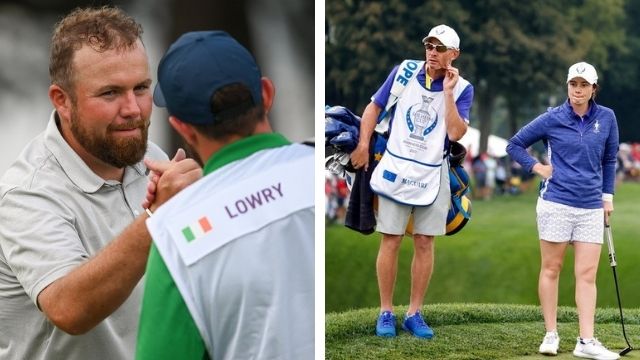