The US Media Reaction To Leona Maguire's MVP Performance

Europe's 2021 Solhiem Cup win will be partly Ireland's. Leona Maguire put in a monumental performance across the three day tournament that will long in the memory. Of Europe's 15 total points, Maguire contributed to bringing back 4.5. This was already a history-making event for Maguire. Well, she now is the most successful Solheim Cup debutante ever, and was feted with MVP chants after Cup was presented to the European team.

Maguire's performance is no fluke - she's been tearing it up on the world stage all year. But she became a star name in world golf this weekend.

When Leona Maguire got to hold the cup, chants of of MVP rang out pic.twitter.com/hIjEujIQjd

According to the Associated Press, Maguire was looking to keep her head down during the raucous celebrations, but they did note that she relaxed in the presence of her twin sister Lisa shared a beautiful moment.

The Europeans certainly played like it, guided by the leadership of two-time captain Catriona Matthews — who said she will step aside when the event shifts to Spain in 2023 — and the brilliance of rookie Leona Maguire. Even as her teammates chanted “MVP!” during the giddy aftermath, the reserved Maguire did her best to disappear into the background. An Irish flag draped over her shoulders, Maguire only truly relaxed when reunited with identical twin sister Lisa, one of the few blue-and-white clad supporters on the grounds. “Hopefully the whole world now sees how good she is,” said Mel Reid, who paired with Maguire three times over the weekend to help Europe take a 9-7 lead into the singles matches.

In the aftermath of the tournament, the American golf media was full of praise for Maguire's performance.

The European players themselves said that the absence of their own fans created an even greater sense of solidarity for their team. That’s probably true. But it was also about players peaking at the right time and being unleashed appropriately. Witness Leona Maguire, the MVP, set loose in all five matches. She was ferocious. On a side note: is there a more worrisome sign for a team than being considered stronger on paper? It would not be surprising to see a repeat of this result at Whistling Straits later this month.

In the same article, the brilliantly named Zephyr Melton paid tribute to Europe captain Catriona Matthew for trusting Maguire in such a big spot.

While the players deserve their due, Catriona Matthew out-captained Pat Hurst. Matthew rode the hot hand, leaning on Solheim Cup rookie Leona Maguire, and it paid off with 4.5 points. Hurst on the other hand had some head-scratchers, including her decision to play world No. 1 Nelly Korda in two foursomes matches, effectively limiting the number of shots her best player could hit, while sitting her in the all-important Sunday four-ball. This Cup was won on the headsets.

On Golf Channel, Cara Banks was effusive in her praise of the young Cavan golfer.

👏🏻👏🏻 Per Golf Channel’s Cara Banks “Probably the MVP of both teams at this years’ @TheSolheimCup was the lady who became the first Irish woman to ever play in these matches” @leona_maguire @GolfChannel @modestgolf @NiallOfficial @markmac14 pic.twitter.com/rbUEtI2i99

"As for MVP? Leona Maguire, easily. She punctuated an undefeated week with a 5-and-4 drubbing of would-be rookie rival Jennifer Kupcho," she said. 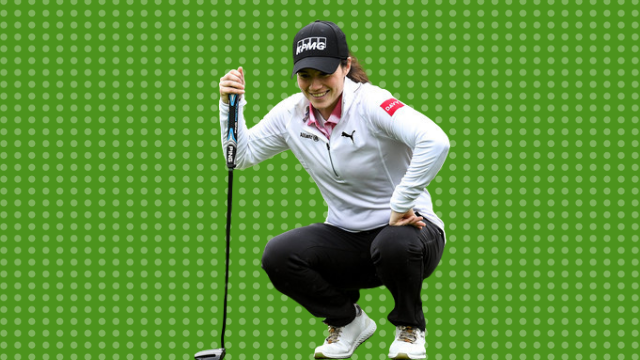