It's been a long time coming for the Offaly native. Shane Lowry will finally get to defend his Open Championship at Royal St George's this week.

Last year's tournament was cancelled due to the pandemic, leaving the Irishman another year away from emulating his six-shot victory in 2019.

2021 will bring back a sense of normality for Lowry & Co, as 32,000 fans are expected to grace the course boundaries each day this week.

"I think playing in front of fans does it for me," Lowry told Sky Sports. "I think I struggled last year coming out of lockdown. I was playing great. I've never played as much golf in my life, and then I just was stale when I got out there."

The Offaly man has had a successful year so far, coming in eight place at The Players Championship and tied for fourth at the PGA Championship.

Great to welcome defending Open Champion @ShaneLowryGolf to Lahinch to get in some links preparation before the defence of his title next week @RoyalStGeorges1 ⛳️🐐 #lahinchgolfclub #lahinch #openchampionship #openchampion pic.twitter.com/iuF01tl5Ei

"At the end of the day, like I said at the Irish Open a couple of weeks ago, we're kind of in the entertainment business when we're out there."

"When I have a difficult shot or when I'm stuck behind a tree or I have a tough up-and-down, I'm trying to almost show off a little bit."

Lowry considers 2020 a 'write-off' and is putting the past behind him going into this week's major tournament. While he's defended competitions before, this will be a unique experience for the 32-year-old.

"I've never come and defended a tournament of this magnitude," he said. "Everything that happens for me this week is kind of new. But at the end of the day it's just another golf tournament, it's another major.

Shane Lowry is explaining to Tim Barter how he plays certain bunker shots, meanwhile Paul McGinley turns up late for work at Royal St. George’s and tries to the cameras x 2! pic.twitter.com/04epqzER2p

It has been a turbulent run up to this year's Open as a number of players have withdrawn prior to the start date. The likes of former champion Zach Johnson and World Number 18 Hideki Matsuyama have withdrew so far.

Players have had to enter into a 'bubble' at the course which prohibits them from visiting nearby bars, restaurants and shops.

"That's the rules we have to abide by", Lowry added. "If you test positive, you can't play. That's why the R&A have done a great job and they're doing a good job this week of trying to keep us away from as many people as they can." 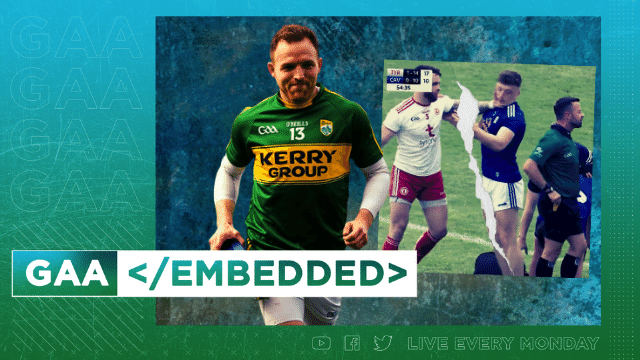