Leona Maguire will look back fondly on her performance at the Drive On Championship in Florda, as she managed her second Top-10 finish over her LPGA career.

The Cavan native finished tied sixth overall in the competition, with American Austin Ernst five shots ahead of the pack to win it outright. Maguire started the day tied for eleventh but finished with a strong two-under-par round of 70.

A slow start saw Maguire open with two bogeys, before a brilliant run of consecutive birdies between the fifth and seventh holes. She bounced back from two further dropped shots by birdying the seventeenth and eighteenth.

The win propels Maguire into the Top 20 of the LPGA Money Leaders table. The performance will no doubt catch the eye of European Solheim Cup captain Catriona Matthew, who will have six picks to choose from for the event in early September.

Birdie-Birdie finish for my first top 10 of the @LPGA season 🙌🏼 🇮🇪 Thank you everyone for all the messages & support 💚 2 weeks off now to re-charge and build before we head to the west coast #DriveOn pic.twitter.com/QQeYiaoWsv

It's a big year for the golfers as they also face qualification for the Tokyo Olympics. Given her current form, Maguire is only helping her chances of landing a spot in the tournament. The men's and women's draw for the Olympics has yet to be decided, but will be finalised by the end of June.

Maguire is fresh off finishing in the Top 16 of the Gainbridge LPGA at Lake Nona in Orlando, Florida, last week. She's a member at Lake Nona and will be returning to Orlando to practice for upcoming tournaments.

Northern Ireland's Stephanie Meadow was also in action over the weekend, finishing with a round of 72 in her final run. It was enough to see Meadow finish on tied-34th on one-over-par. 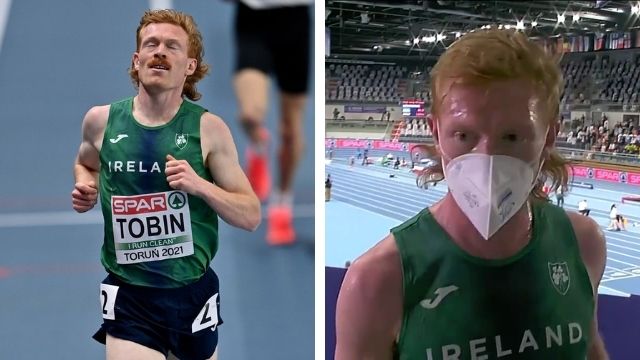